A fun and simple concept, but does it stand out?

Minimalism is quite stylish these days, and video game creators often take advantage of the simplicity that inherently exists in the nature of its design. INVERSUS Deluxe is another new indie game arriving on the Switch, and when firing it up the minimalistic nature of its presentation immediately caught my attention. But what about the actual gameplay? Well, it turns out to be pretty simple too, and pretty fun. 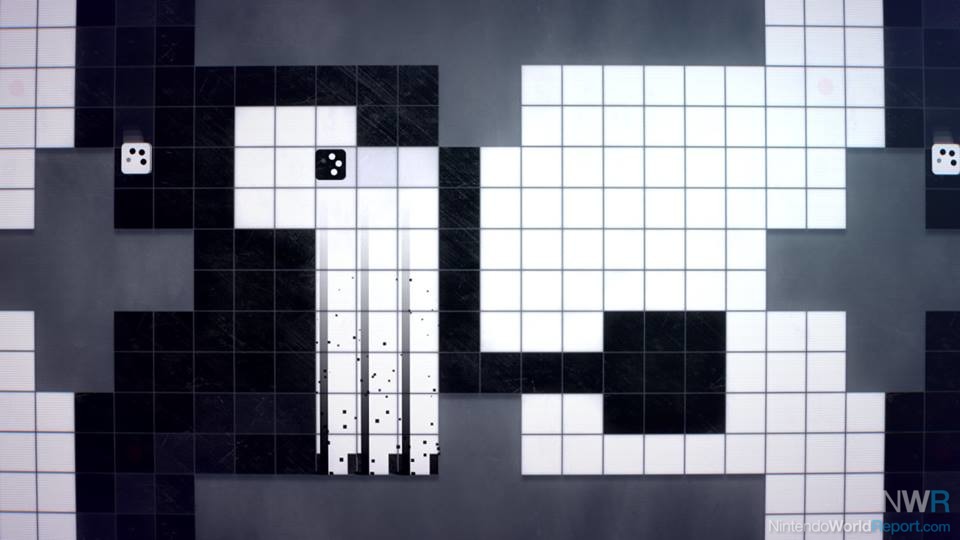 INVERSUS Deluxe plays like a standard twin-stick shooter, with the right thumb using the buttons to shoot in four different directions. Holding a button down for a short period of time will charge the shot and send 3 bullets blazing at a fast speed instead of one, so deciding when and where to use a fast single shot or a slower triple shot is where it gets tricky.

The main hook is that you have to be in your own color in order to move around, kind of like the traversal in Splatoon. The game is based on a grid, and when you shoot your bullets they cover up the tiles all the way until they hit something. This introduces a way to trap people inside an area, so that they can't move freely around and become a fish in a barrel. As cool as this sounds, some of the time the fast gameplay makes your success feel like luck more than skill. There were tons of great matches that ended up in tense one-on-one sudden death moments, but also there were many instances of abrupt lucky shots making the match last 2 seconds. All in all it works just fine, and the first person (or team) to win 3 matches wins the game. 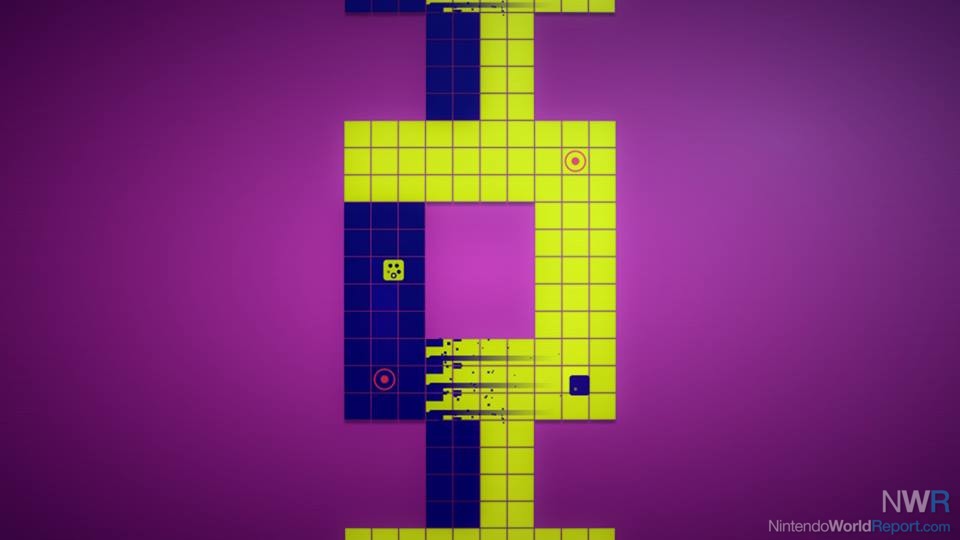 The level designs start out very simple, but gradually over time they get more complicated and can get very big or very narrow. There are multiple modes that include playing against people online and also a single-player arcade mode that pits you against challenging levels of abundant enemies, for which you try to beat the high scores of each level to unlock the next. Shooting for high scores is fun, but over a long period of time I found myself getting bored. Playing in short bursts seemed to be best, and the portability of the Switch definitely helps a lot.

After you run out of lives in a level you are rewarded with points that level up the player, which in return unlocks new color palettes to choose, and even new emotes to use when playing online against other people. This little amount of customization is a delight, for it turns a very basic looking monochromatic game into an almost trippy experience, and the difference really stands out after playing with one set of colors for a certain amount of time. 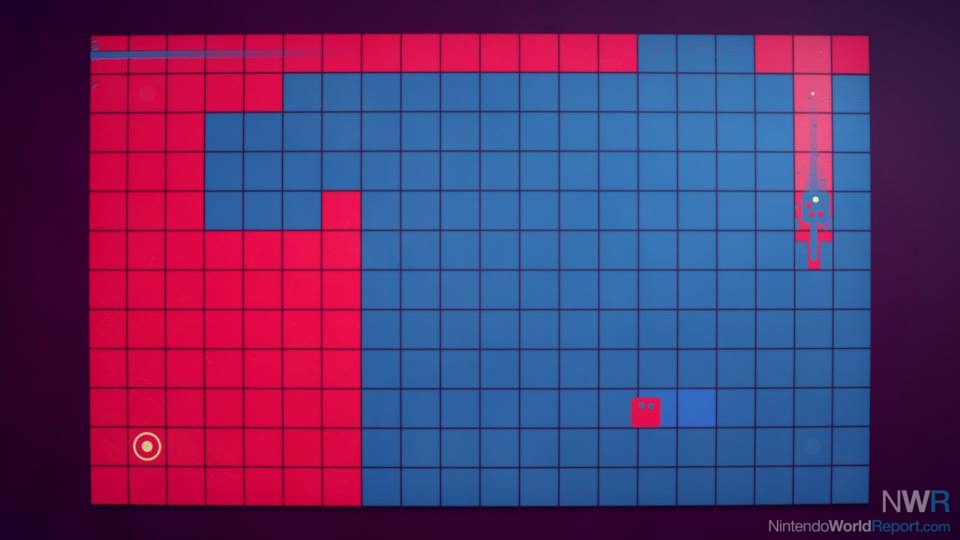 The multiplayer options are fantastic, and work especially well with the Joycons. The easy-to-learn rules and controls make it simple to split off the little controllers for your friends and family, making you the “Karen" at all of your friend's rooftop parties. You can play with up to 3 friends online, but sadly there's no local option to bring a friend online with you on the same system to play as a team. Fortunately the Arcade mode is a blast to team up and play with a friend. Working together to shoot for those high scores prove to be quite the challenge, and as you get better and better you are rewarded with more maps to conquer.

One neat feature worth mentioning is that when waiting in an online lobby for a game to start you have the option to play other offline modes. This lets you practice your skill while preparing to play against other people, and also level up and progress in the Arcade and Versus modes. After your online game is done you can resume right where you left off, with a seamless transition. 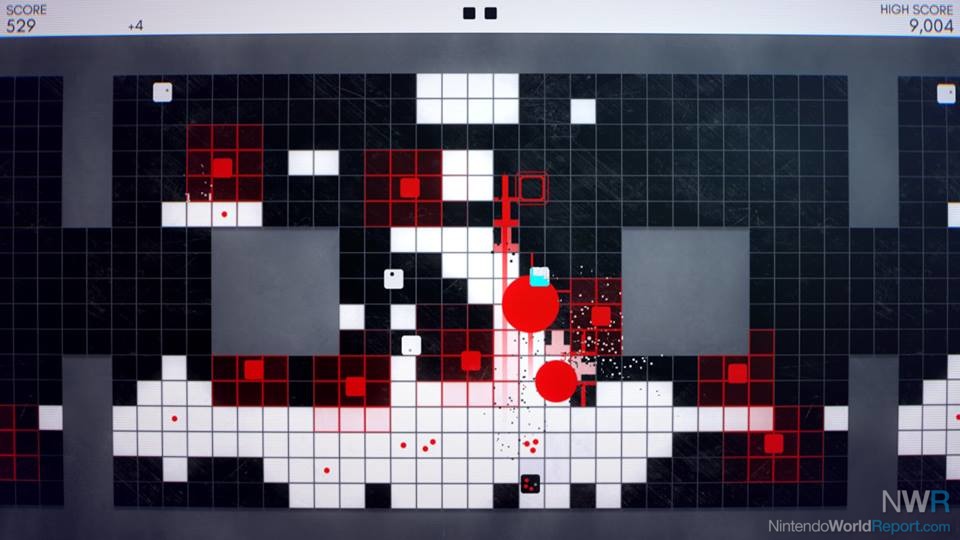 INVERSUS Deluxe provides a nice multiplayer and a decent single player experience on the Switch, making great use of the Joycons. Though the simple nature of the game is easy to learn, there really is not a lot to it, so don't except a very deep or rich experience. But if you've got a hankering for a solid twin-stick shooter (that you can play with your friends) on-the-go, you can't go wrong.