Detach those Joy-Cons and be prepared for a fun (and challenging) multiplayer experience.

When Nintendo first premiered the Switch and its ability to slide two controllers off of the system for out-of-the-box multiplayer, the prospects for unique cooperative games have never been better. Making their first game for consoles, SMG Studio brings us a new multiplayer puzzle game called Death Squared to the Switch. It takes great advantage of the idea that you have two controllers with you all the time, wherever you go. Quick-to-learn gameplay and a simple control scheme makes Death Squared a well-executed example of one of the defining features of the Switch, and on top of that - it's really fun. 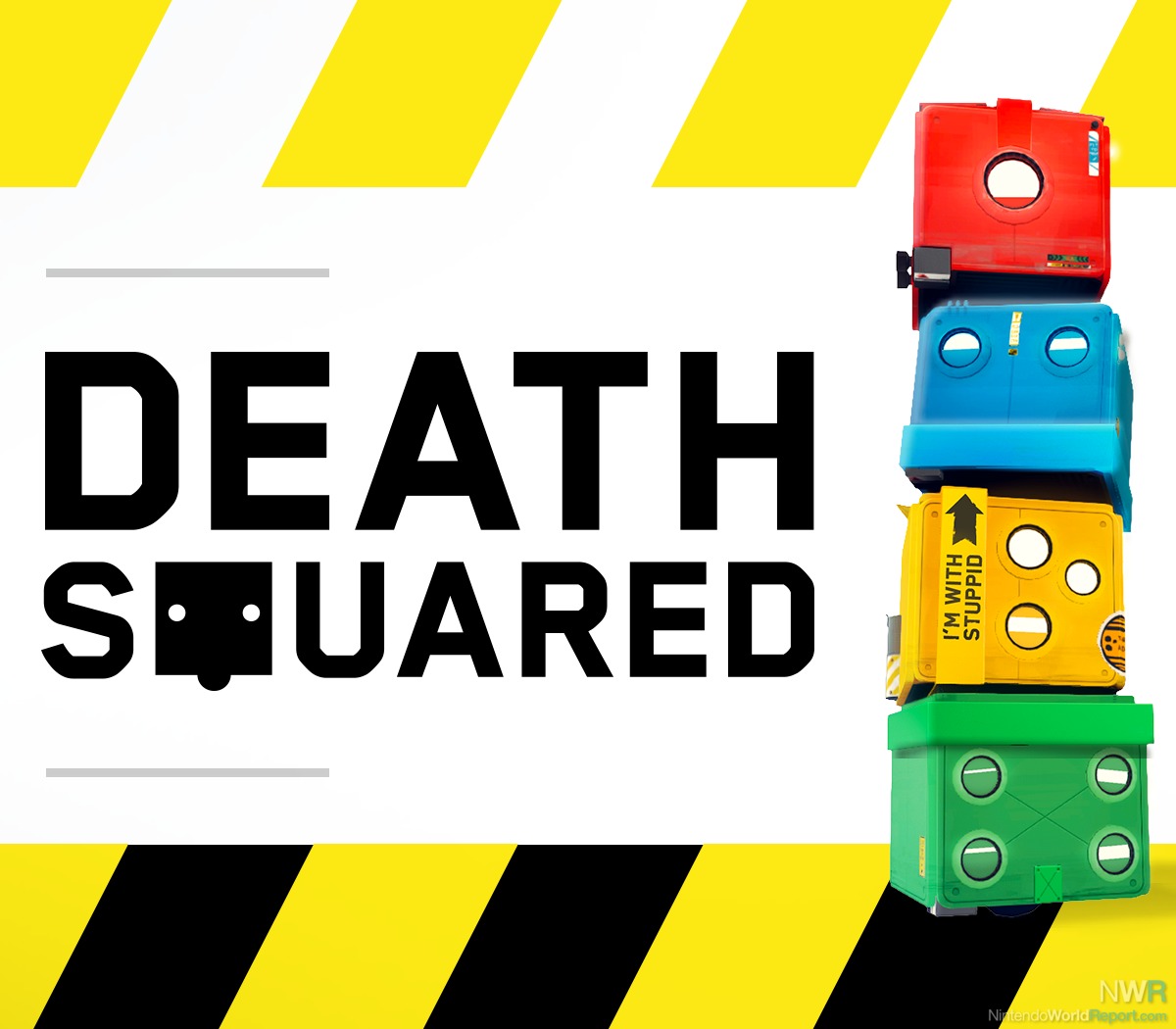 Simple in both focus and design, Death Squared easily functions as a single-player and co-op puzzle game. The object is to get a colored block to its matching portal, by controlling each block separately with both analog sticks. Death Squared is unique in that you can play the same puzzles both in single-player and multiplayer, either by one person controlling both blocks at the same time or grabbing a pal to takeover controlling one of blocks. Both setups offer different challenges. On one hand, controlling two blocks at once can be like patting your head and rubbing your belly, but on the other hand communicating with your pal can also prove to be quite the challenge.

Two modes focused on experiences for one-two players and four. Story Mode functions with one or two and comes with 80 puzzles while Party Mode works with one, two, or four and has 40 unique puzzles. Their dialogue is filled with some charming anecdotes and level-affecting asides that add a little spice to the gameplay, all in good fun. 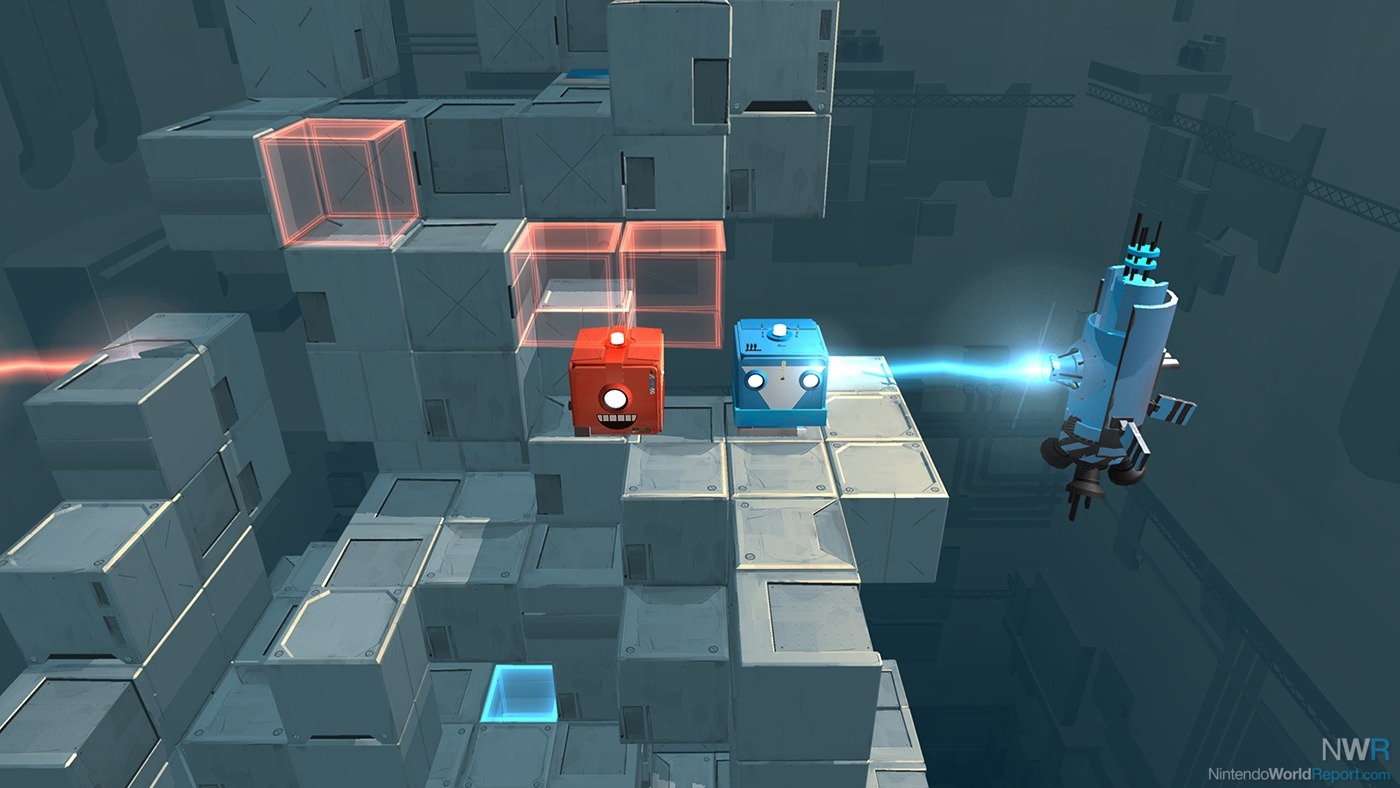 Throughout all of my Death Squared game sessions I never encountered any issues technically with the game. Never once did the frame rate dip or did I clip through any walls of the environment. The game's presentation matches the gameplay: it is very simple and slick. Good looking and easy-to-navigate menus may not sound like the most exciting feature, but in a world full of convoluted menu systems, I just have to appreciate what the developers designed. 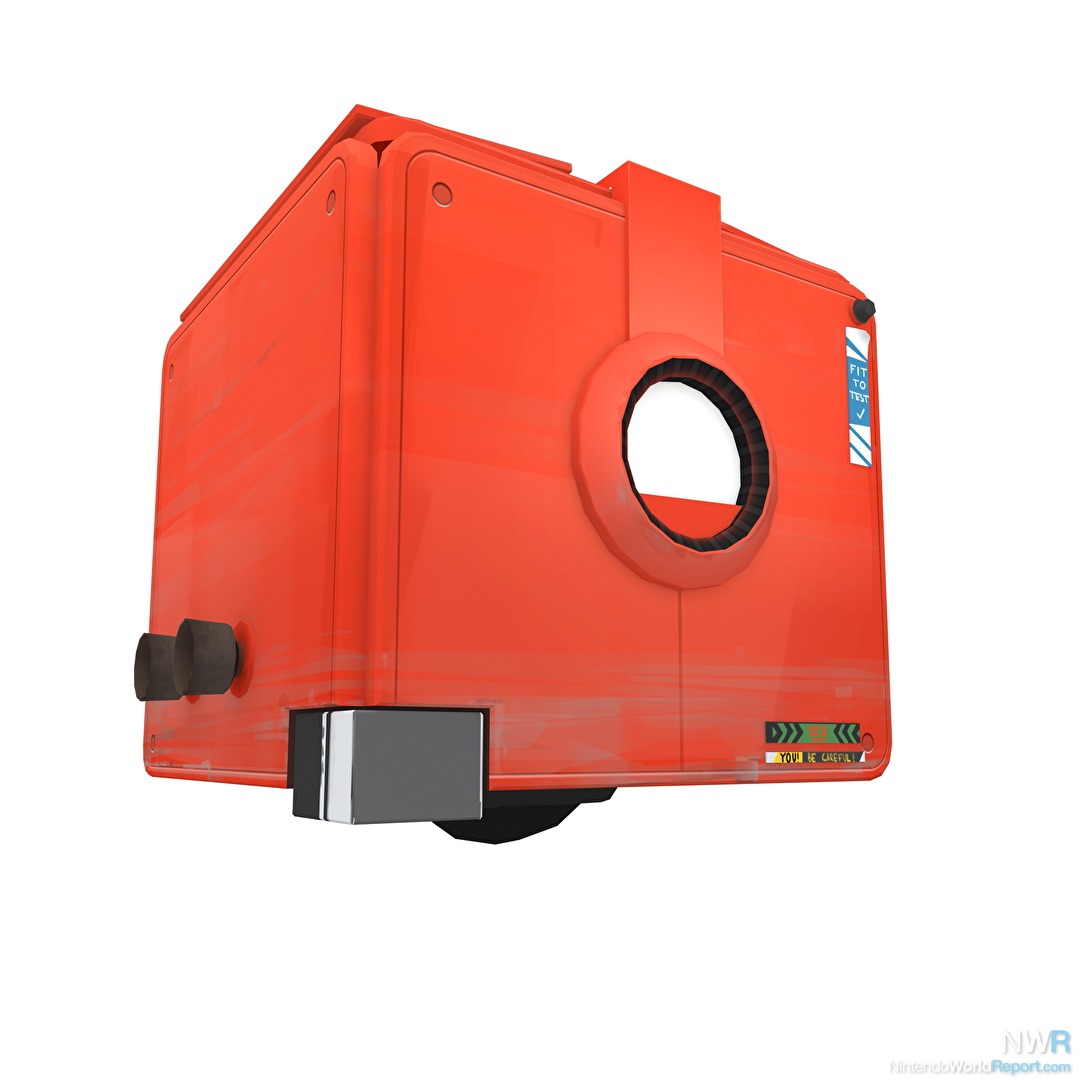 Controlling your box in Death Squared is done with just an analog stick. The complexity unfurls out of the controls and into each of the level designs. The block has buttons to press, lasers and spikes to dodge, and many moving platforms to navigate, among many other obstacles. Most of the skill in overcoming each level is to understand these patterns and traverse carefully. Throughout the whole game, the concept of moving a box around is stretched to the max.

My friends and I died many times during our playthrough of the campaigns, staying true to the appropriately titled "Death Squared" name, but the difficulty never seemed overwhelming. Sometimes the color scheme of what you can and cannot touch or interact with can get confusing, leading to accidental deaths, but it's really not a big deal. When death occurs, you are instantly respawned at the beginning of the puzzle, but now with more knowledge of the environmental hazards. The challenge very much ramps up about halfway through the 80 levels, so be ready for a lot of critical thinking as well as a lot of little cube-shaped caskets. Seriously, the game gets brutal. 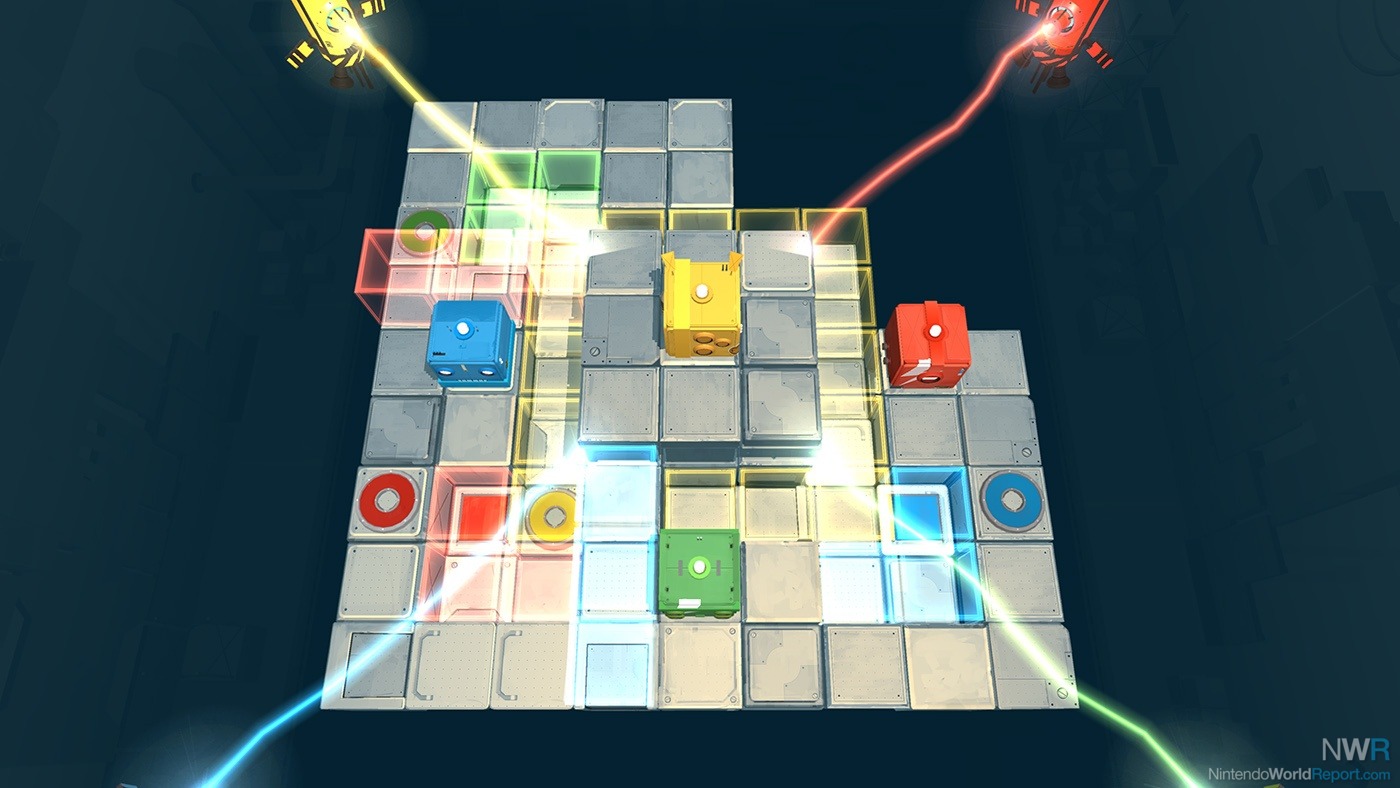 Death Squared is a very good fit on the Switch, and playing in Tabletop Mode works very well. The Switch's screen size can sometimes be too small for multiplayer games, but fortunately, the screen size here isn’t an impediment. It's quick to learn how to play, and the simple control scheme also helps to encourage you to detach your Joy-Con and team up with a buddy to tackle the puzzles, literally anywhere.

Death Squared ends up being another great multiplayer experience for Switch. Laughs will emerge from accidental and pathetic-looking deaths and likely lead to the eventual furrowed brows of frustration and critical thinking - making for all the integral elements of a good puzzle game. Don't expect a lot of new elements and variables to appear though, the game is kept to a simple, tried-and-true formula that succeeds in boggling minds, all wrapped up in a neat and tidy package.

Playtime: Played through all Story puzzles and most Party puzzles.