Link to the video review at the bottom.

The arcade has always been littered with shoot-em-ups, but few are as fondly remembered as the 1998 release Blazing Star. With Blazing Star, developer Yumekobo was able to bring simplicity to the genre with an easy to understand power up system and a two button control scheme, all without sacrificing depth. Add a healthy roster of ships, fun boss fights and a great presentation and you’re left with what turns out to be a timeless gem.

Blazing Star starts off like most shoot-em-ups do, pick a ship and you’re dropped into the action with the purpose of blasting through hordes of enemy fleets. However, what you’ll quickly notice is how accessible the controls are and how transparent the power up system is. The game operates on a two button control scheme that’s remarkably easy to learn and master. Pressing A will cause your ship to fire and pressing A rapidly will cause your ship to fire rapidly. Holding A will charge your attack and upon releasing A you will unleash a devastating attack upon your foes. The remaining attack in your arsenal utilizes the second button; by pressing B after releasing your charge attack it will cause it to disperse, covering a huge area with a ton of smaller projectiles. While simplistic in nature, it never feels as you are limited and knowing when and where to use each attack is vital to your success. 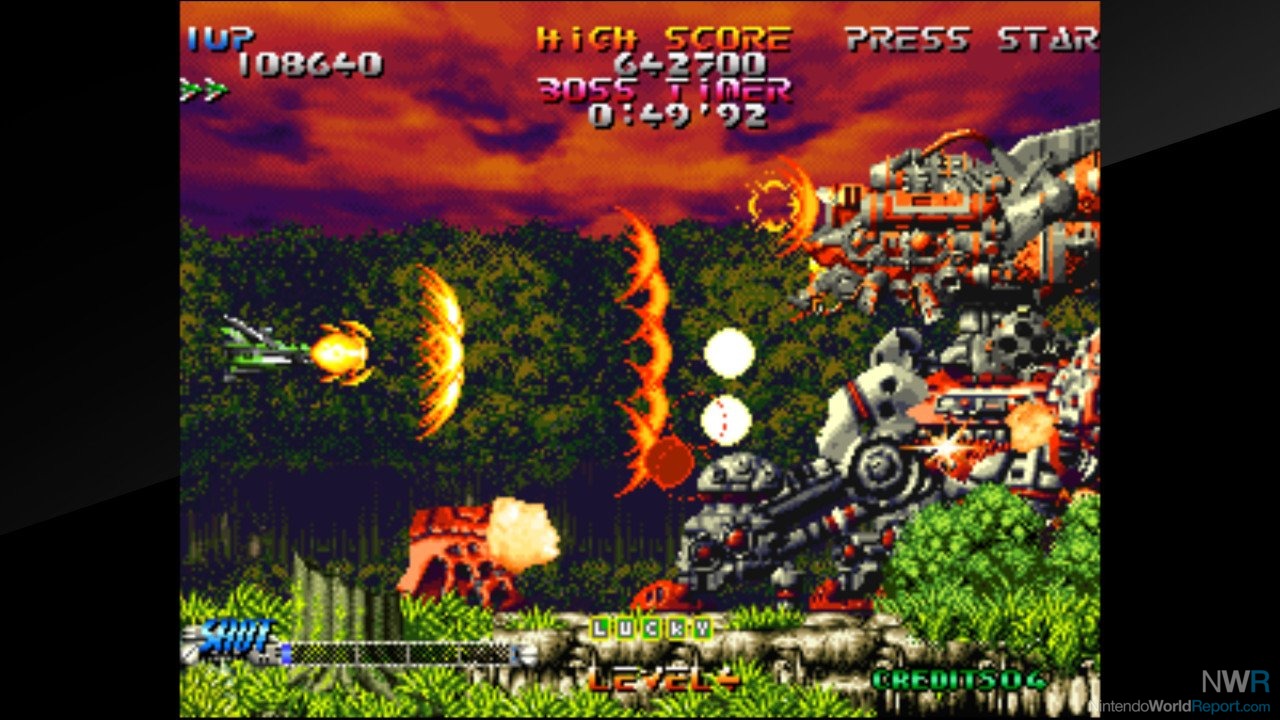 While some shoot-em-ups have convoluted power up systems, Blazing Star keeps it straightforward with just a single upgrade. Simply dubbed Power Up, this powers up all your attacks and doubles as a bonus towards your score when you’re fully powered up. While you might think only having one form of powering up would become stale, with six different types of ships with completely unique play styles, this was never the case. Along the way you’ll also collect Bonus Jewels, Rate Up Angels, and pieces of the word LUCKY, all which help to bolster your score and ranking at the end of each level. Like other Neo Geo games on the Switch, there are online leaderboards which you can upload your scores to and see how you stack up among the best players in the world.

Blazing Star’s level design is a bit unbalanced, but tends to get better the deeper into the game you get. Later stages introduce environmental hazards such as tight corridors and rotating fans you must time correctly to bypass unharmed, adding some strategically thinking amidst the bullet frenzy. Seeing this in the late game left me wishing they had done more with that idea in earlier stages. This could have helped those stages stand out from one another instead of blending together. However what are enjoyable and fresh throughout are the boss battles. Each stage you’ll be tasked with defeating a boss and this becomes increasingly difficult as your progress through the game. The first few bosses don’t pose too much of a threat, but later bosses left me abusing the add credit button to keep my game alive. What I found most interesting is that each boss has a timer and if you fail to finish off the boss before that timer hits zero, it’ll fly away leaving you to continue onto the next stage. While there is no penalty aside from missing out on some extra points, this added palpable tension to each encounter, only furthering my enjoyment of boss fights. 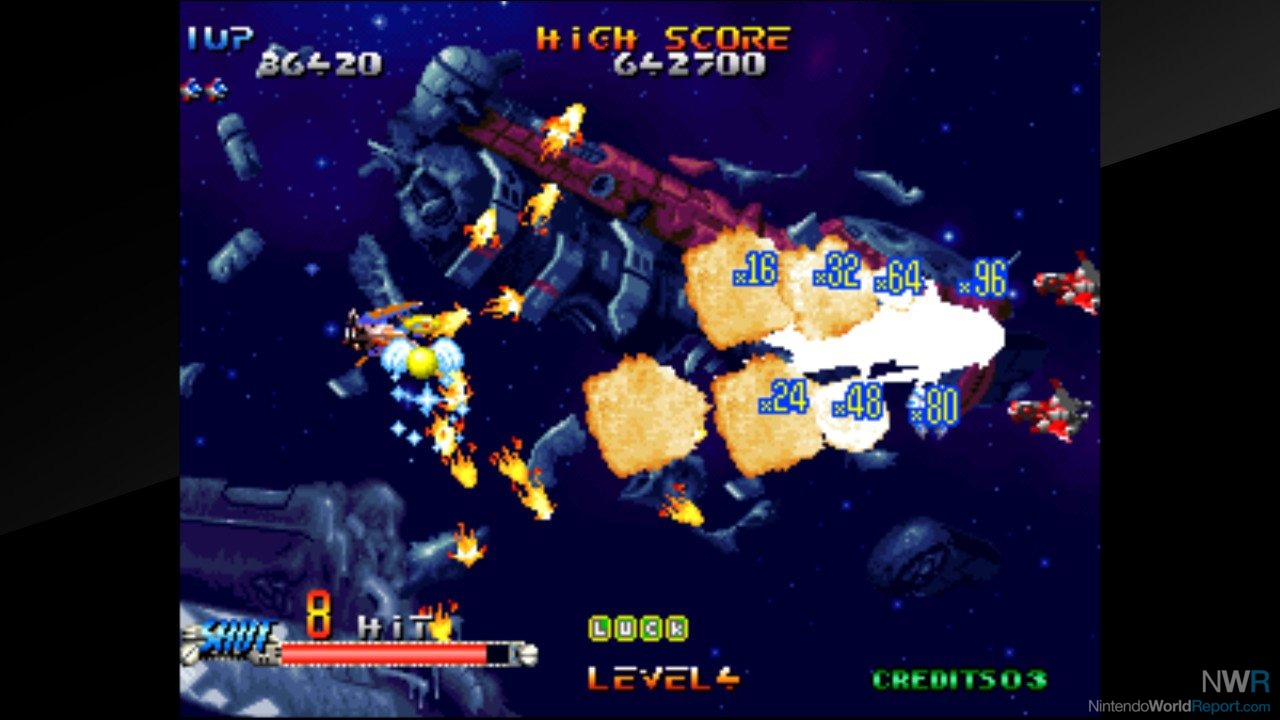 Neo Geo games were known for being technical show pieces and Blazing Star continues the trend. Both visually and audibly the game stands out offering great looking ships, enemies and backgrounds all while providing catchy tunes along the way. Boss designs are unique and the final boss is sure to leave you with your mouth wide open from both absurdity and pure amazement. In true Neo Geo fashion, the game taunts you with voice acted insults such as, “Hey poor player!” or “You fail it! Your skill is not enough, see you next time, bye-bye!” which never failed to put a smile on my face.

There’s a reason why Blazing Star is looked back upon with high esteem, as it still stands tall to this very day. While the level design is a bit uneven, it’s ultimately a minor complaint when looking at the larger whole. Fun boss fights, varied play style of each ship and an overall great presentation equate to one of the more accessible and fun shoot-em-ups out there. Whether you’re a veteran revisiting past glories or a newcomer looking to see what the fuss is about, Blazing Star is sure to offer up a great deal of enjoyment.