A fun pack of games to play with anyone, anywhere (with Wi-Fi)

Over the past decade Nintendo has been known to offer players many ways to play casual games with anyone. Now the Nintendo Switch has arrived, and Jackbox Games has given us an interesting and unique pack of party games to help entertain our friends and families. Though some of the games are better than the rest, JPP3 offers a group of delightfully imaginative games that would be a great compliment to any party.

Jackbox Party Pack 3 is an interesting experience, especially on the Switch. All five of the games not only require a wifi connection, but also a web browser of some sort for each player's controller. (These can be from a phone, tablet, laptop, etc.) "Why can't you just use the JoyCons?", you may be asking. The reason is because each player needs their own touchscreen for not only privacy, but also to write answers and to draw pictures. It just couldn't work correctly on a standard controller, but luckily Jackbox Games made it as easy as possible for anyone to hop in and enjoy.

When playing through these games, something that really stood out to me was just how crisp and nice the game looked. When playing on either the TV or on the Console Screen, all of the colors and words really pop out and look great. The audio throughout the game is also top-notch, with most games having thorough voice narration and great genre-based music selections. An important thing to remember is that anyone can have fun with these games, but be careful to apply the Family Friendly filter if you are playing with kids, for some of the gags can get pretty raunchy.

The developers built in a neat feature for people who are streaming Jackbox Party Pack 3. Once a game has started, anyone (up to 10,000 people) can join in and participate as a combined audience and help influence the game in different ways. When playing at huge gatherings or conventions, this feature is very cool and allows for a lot of people to join in on the fun. 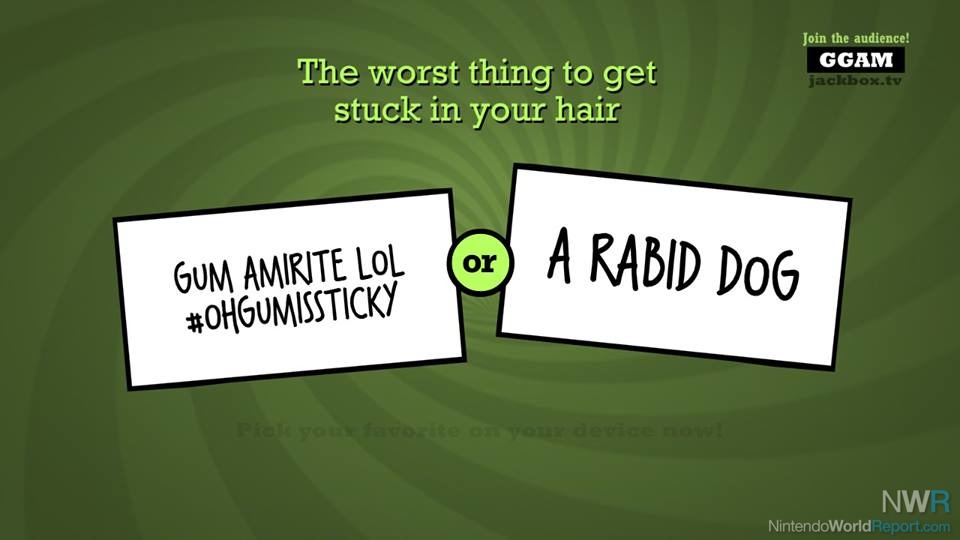 Out of the 5 games that JPP3 offers one of the standout games is "Quiplash 2". Like the rest of the games in the pack, this one really makes you flex your creative and/or comedic muscles. It tasks you and each of your friends with coming up with answers to random questions, and the goal is to get the other people to vote for your unique answer. This usually ends up in mountains of laughter, and makes for a great time to exploit all of your groups' in-jokes. The game's formula of three rounds works well, and depending on the size of your group one game takes around 15-25 minutes. Again, this was by far everyone's favorite of the JPP3 in our group. 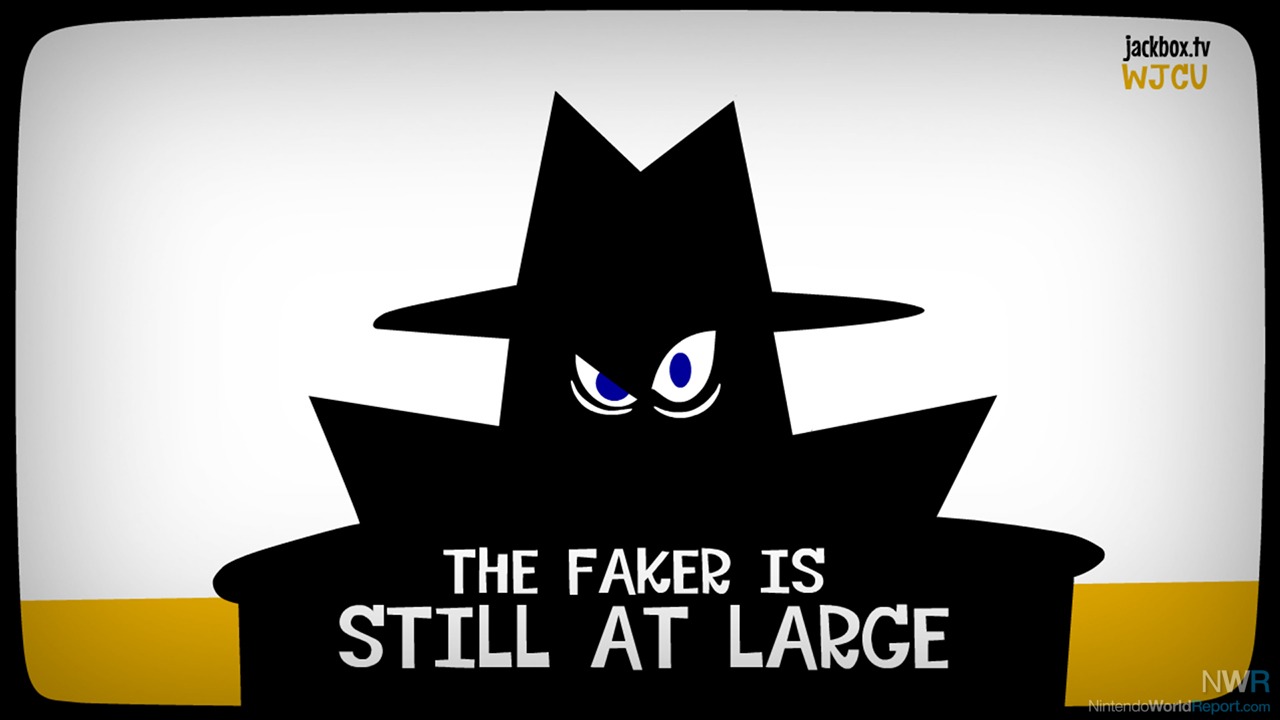 "Fakin' It" is a quirky little game with a fun premise that didn't quite end up working as well as I thought it would. The idea is giving everybody (except one, "the Faker") a question to answer with various hand gestures (raising your hand, holding a certain number of fingers, etc.). Although the Faker doesn't know the question, they need to act like they do and convince people that they do. This concept seems to work better with 5-6 people playing rather than 3-4, but no matter what we had fun with it. 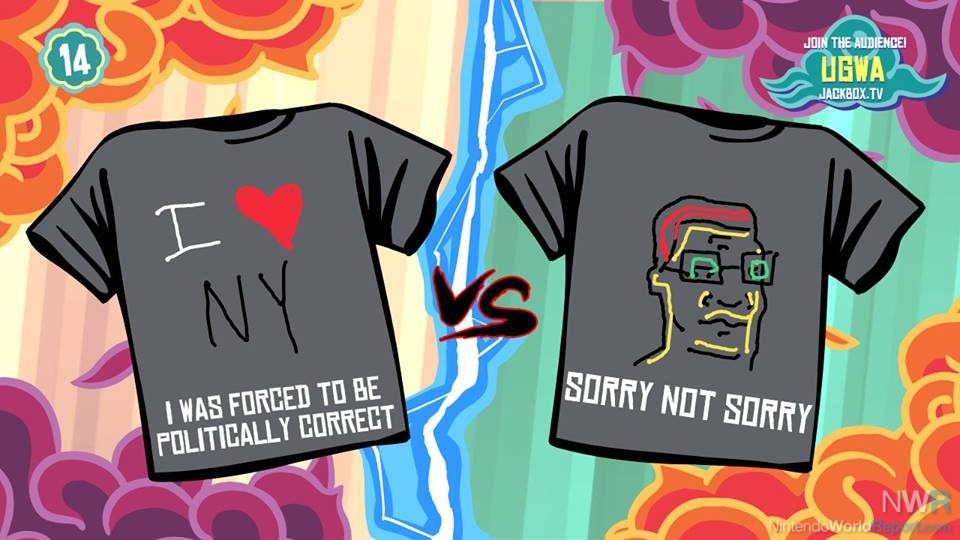 One of the more unique titles is "Tee K.O.", a game where you each compete to make the funny T-Shirts by drawing pictures and writing phrases. The visuals here are very cool and vibrant and really stood out from the rest. This game can end up with some hilarious outcomes, but unfortunately the game didn't have as much replay value as some of the others. 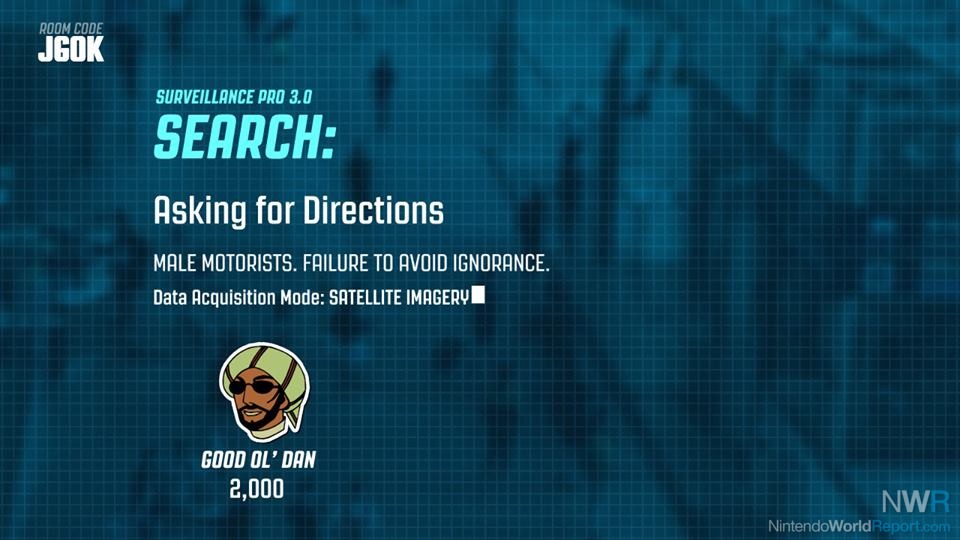 "Guesspionage" is a game based around guessing the percentages of surveyed people about random facts (think Family Feud). Some examples are "What percentage of people have split logs into firewood with axes?" Or "What percentage of people have done the Chicken Dance at wedding receptions?" Your goal is to guess the percentage as close as you can to the actual percent, and the people who aren't guessing get to chime in after and also try to score points. The game's structure is solid and flows well, although this title does have a lot of "funny talking host guy" throughout, and their jokes can be hit or miss. 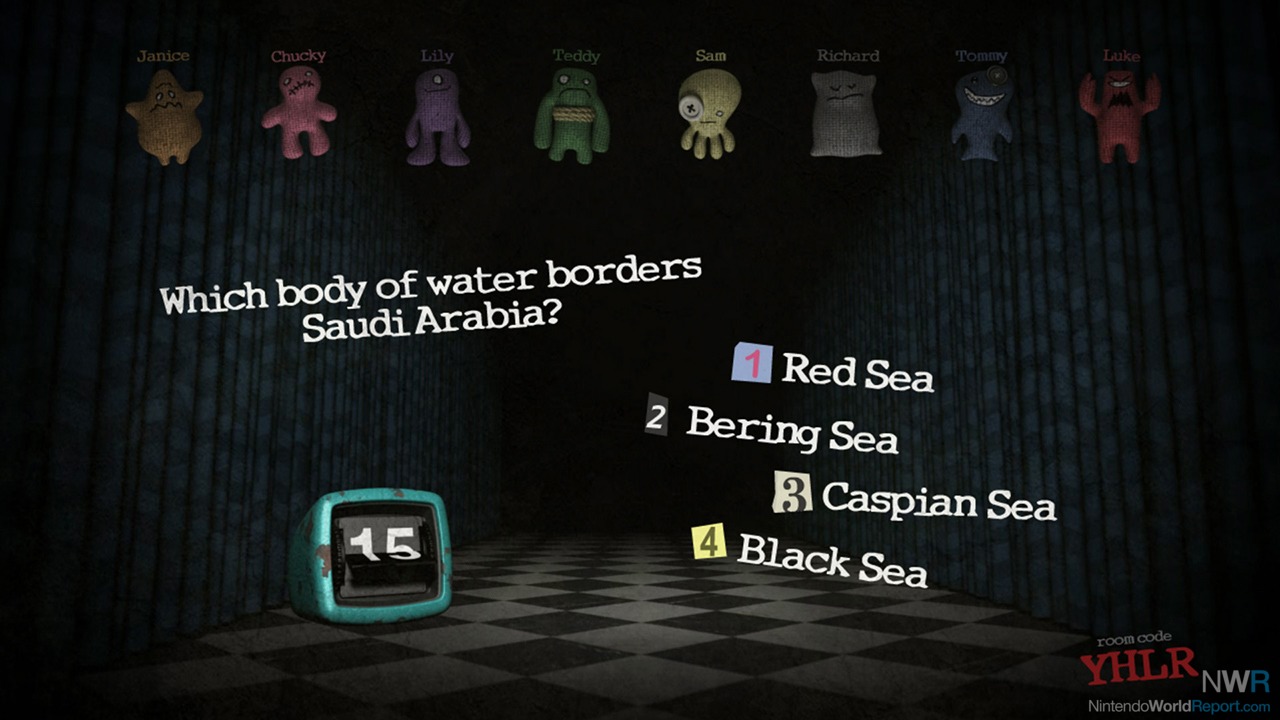 The other game that has a lot of Host narration is the "Trivia Murder Party", and this is more of a standard trivia game. Letting you play with 2-8 players, you each have to answer trivia questions correctly or you'll end up having to face a challenge in "The Killing Floor" to stay alive. This is where it introduces little mini games (math, memory, etc.) that spice things up. The nice thing is even if you die, you have a chance at the end of the game to catch up and win, so you are never really out of the game. I frequently died during the game and wound up winning, so it is definitely doable.

Overall The Jackbox Party Pack 3 is a nice little collection of party games to enjoy as long as you have a solid internet connection and 2+ friends with their own web browser of choice. With the portability of the Switch, playing with friends has never been easier. The unique controller scheme takes some getting used to, and some of the games are better than others, but if you are a party game fan then The Jackbox Party Pack 3 would be a great addition to your Switch library.

Thank you for reviewing this.  It looks like a good game for large crowds, if I ever have my Switch in that situation.