1989 design shouldn’t hold up as well as it does here.

I went into Wonder Boy: The Dragon’s Trap relatively cold. I knew it was a remake of an old Sega Master System game that was beloved in its time. That was about it. What struck me when I started playing it was that this remake was seemingly far closer to a straight port with updated graphics than I anticipated. In some cases, that led to some clumsy dated design pitfalls, but for the most part, I walked away from my four hours of adventuring blown away by how ahead of its time Wonder Boy III was in 1989. 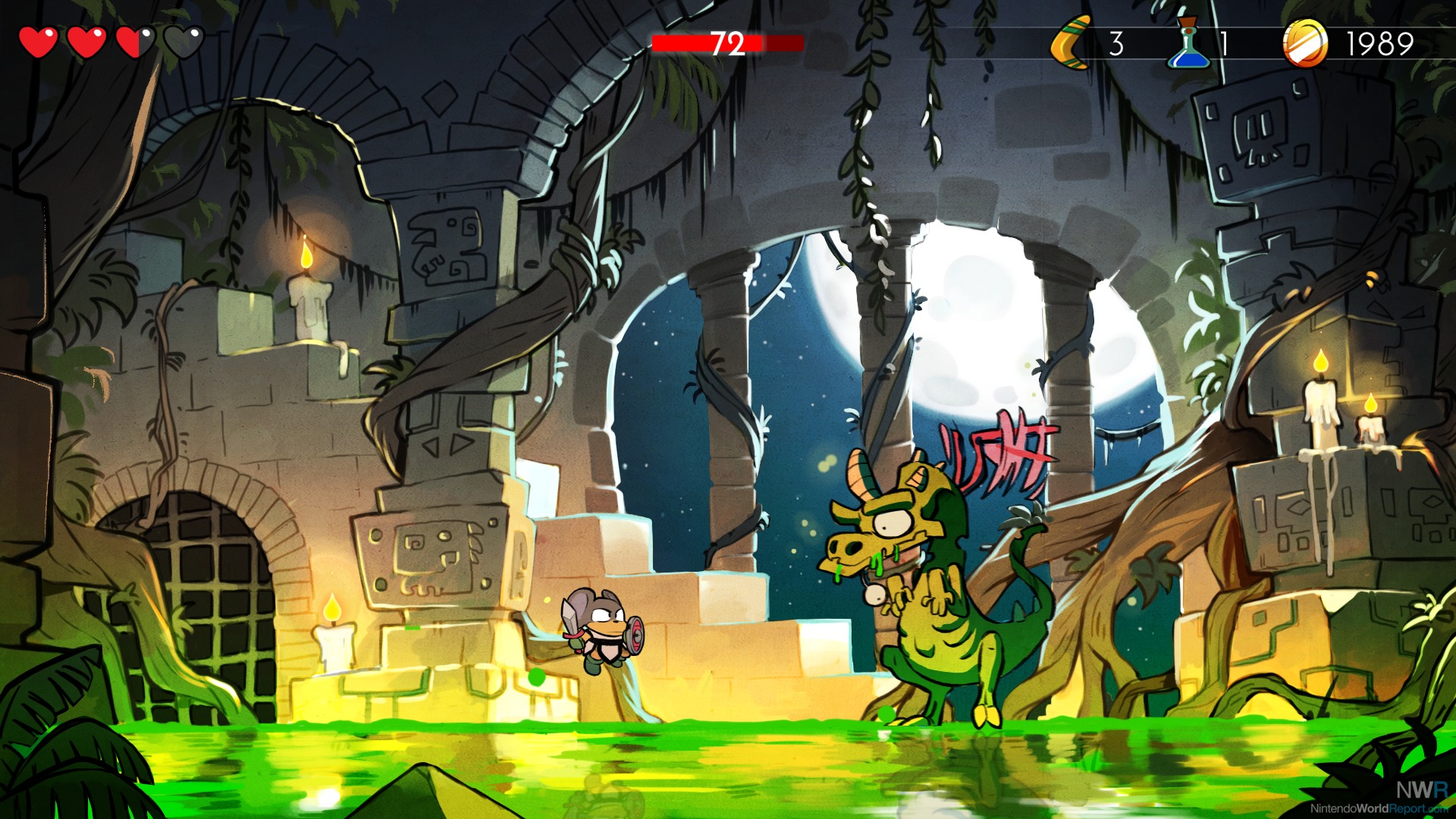 Aside from a stage-setting opening level, The Dragon’s Trap is a non-linear quest where you play as Wonder Boy or Wonder Girl and contend with a dragon’s unfortunate curse, that transforms your wondrous Hu-Man visage into that of a Lizard-Man. The lizard is one of several animal characters you are transformed into, and each one has unique abilities used to traverse the world, reach secrets, and unlock new stages. The base is in the village of Alsedo, which is where everything branches off. The journey is tough, though you can augment the challenge with three different difficulty settings, and death brings you all the way back to the starting village.

The five different animal characters all control just different enough to feel distinct, adding a good deal of variety. The Lizard-Man blows fire, Mouse-Man is tiny and climbs on certain walls, and so on and so forth. Through each new transformation, it sort of feels like you’re getting a new power-up in the Metroid tradition. More of the world is reachable, and with a keen eye, old areas can be revisited to uncover more power-ups and bonuses. 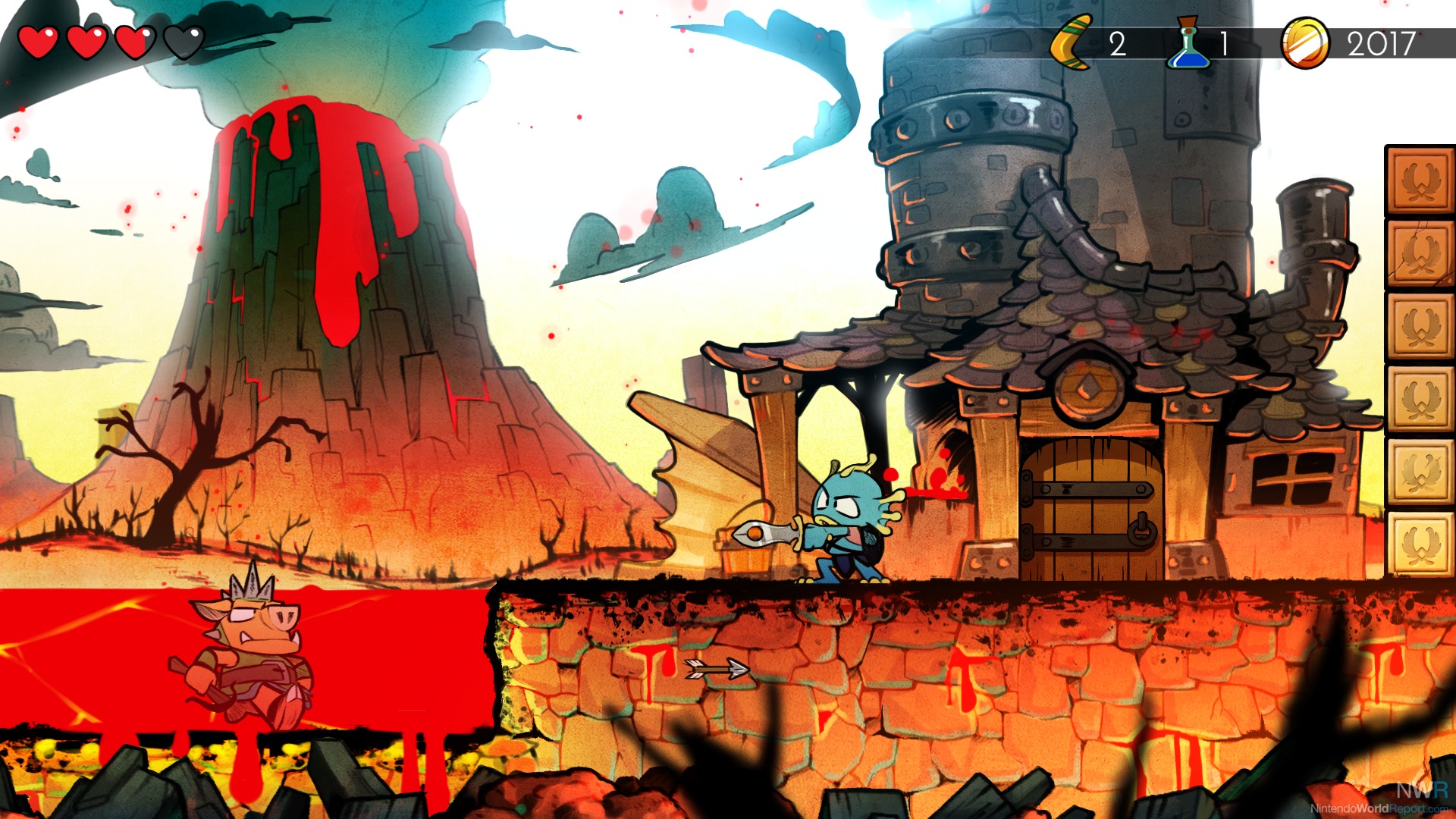 The most mind-blowing aspect of The Dragon’s Trap is how, at the press of a button, you can go from the gorgeous hand-drawn artwork to the old 8-bit sprites, as well as from the newly crafted music to the old chiptunes. It highlights how fantastic this game must have been when first released and how well it holds up today. Even more nuts is how passwords from the original work here. It’s a supremely novel touch, though in some cases, I wish Dragon’s Trap was more of a true remake instead of being a more slavish remaster. While clues do exist in the world to point you in the right direction, I found them often very hard to unearth. Additionally, the game doesn’t really seem to explain certain mechanics, which makes some later parts frustrating. I’m also pretty sure I accidentally screwed myself from getting the most powerful weapons right before the final level because I used a key on the wrong door (it was at that point, I was glad that the retro passwords worked).

But through all those old-school problems, The Dragon’s Trap is still a strong and engaging Metroid-esque platformer that features a pleasant interconnected world filled with areas packed with secrets and grand old-fashioned platforming. It’s well worth overcoming the outmoded aspects to experience a fresher take on a great game.