It will take a lot to live up to that title 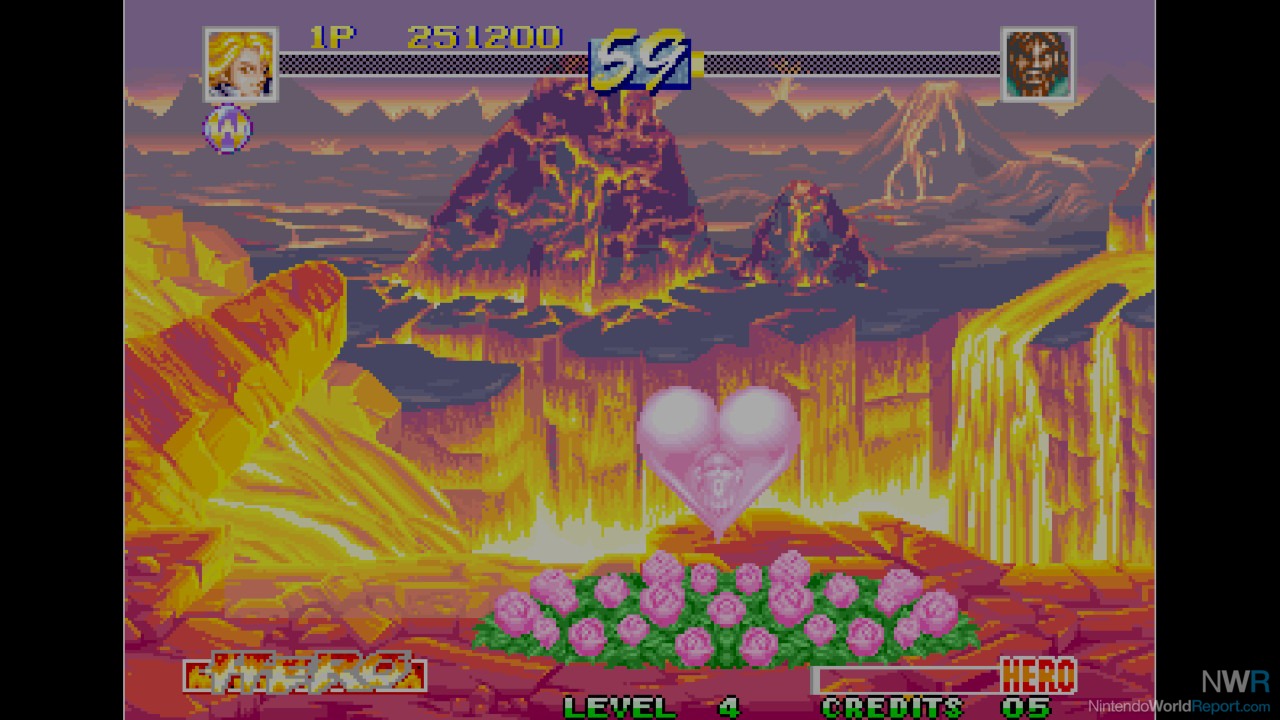 World Heroes Perfect is an arcade style fighter full of big sprites and lively environments. Honestly, at first I found the sprites so big that the whole game felt a little claustrophobic. Luckily an option is available from the pause menu to render more of the game than would have been show on the original cabinet. It doesn’t allow the game to fill a full 16:9 aspect ratio, but it does give the characters some much needed breathing room. While nothing jaw dropping, all of the character animation is entertaining with a few of them exuding delightfully over the top personalities. On the topic of over the top, one of the first characters you’ll fight in arcade mode, Rasputin, has the special move of dragging you into a bed of flowers and presumably sexing you to death. The bitcrushed screams of my character being put through certain non-consensual actions will likely haunt my dreams for all eternity. Thanks World Heroes Perfect! On a less disturbing note the backgrounds are all incredibly lively with each of the many layers exhibiting detailed animations. While they’re not quite entertaining enough to distract you from the uncomfortable off screen rape, they do a nice job of dulling the pain.

The game features a lineup of 18 characters, all of whom hail from different regions and historical periods. The characters represent some of the greatest warriors in human history, such as the great American hero, generic football player. Then again I guess I should be happy we didn’t get the rapist. And to be fair that football player kicks some serious ass, but therein lies one of my main issues with the game. All of the characters are horribly balanced. Essentially, if the character is physically large or uses a long weapon such as a spear, they will win. There is no real difference in speed or durability which turns every match into a game of who has the longer arms. In other words, pick the football player and spam right and B until you win. 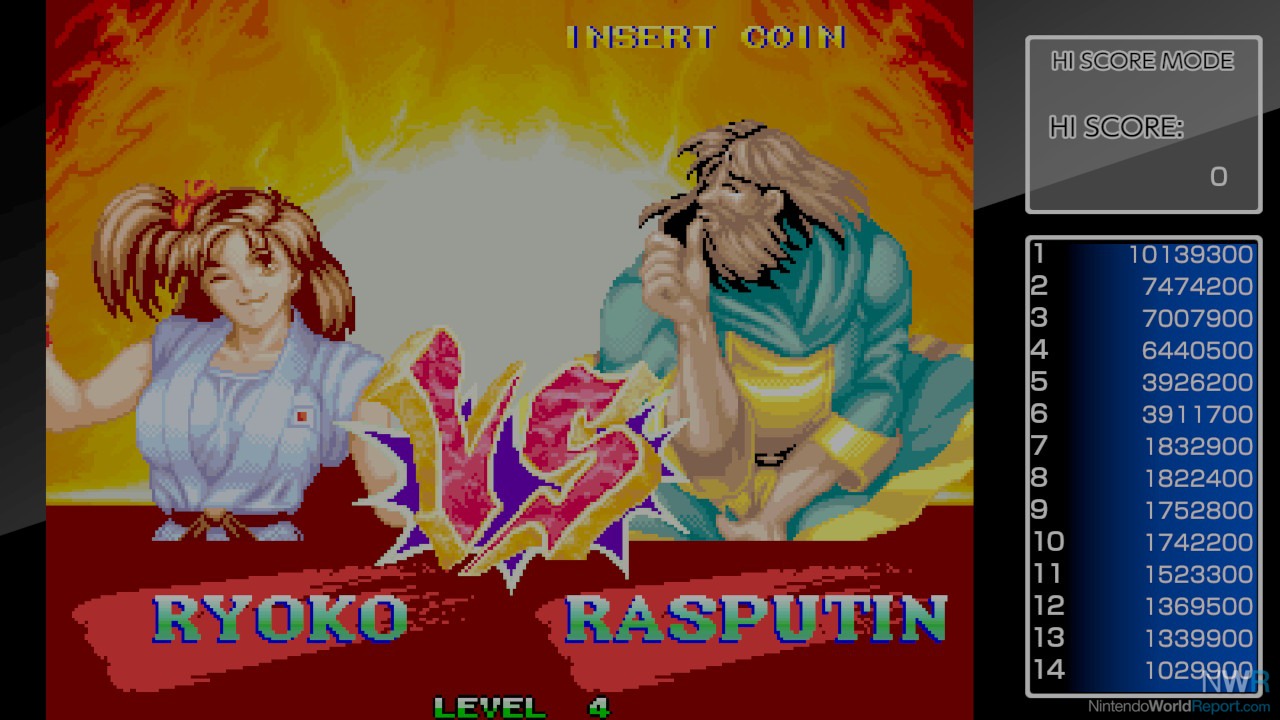 Originally published in 1995 on the Neo-Geo arcade cabinet, World Heroes Perfect offers us a glimpse into the possibilities of the Switch Virtual Console. On the bright side the game can be played multiplayer with each player using one Joy-Con controller. Unfortunately it seems to have the same problem with producing a rather dim image as many of the Wii U Virtual Console games had. Hopefully this will not carry over to Nintendo’s formal Virtual Console offerings. It should be noted that the publisher is aware of this issue and has stated that it will be rectified in a coming patch. Beyond the option to render more of the game than would have been seen originally, you also have access to a variety of filters and scanlines. You can also resize the screen as you see fit, as well as rotate it. Save states are also available, well most of the time. In fact all of these options are really only available in two of the game’s four modes, those being the original Japanese and English modes. The other two modes, both of which seem to be essentially the same high score mode, have a different and much more frustrating use for the pause button. While playing a high score mode, pressing pause will bring up a game menu rather than an emulation options menu. From this menu you can restart the mode, return to the title screen, or reset your scores and you had better choose one of those options because you sure aren’t going back to the game you just paused. That's right, once you enter the pause menu you cannot exit it in any way other than restarting the mode or returning to the title screen. I’ve pressed every button. It simply cannot be done.

Ultimately World Heroes Perfect is a pretty mediocre fighter, wrapped up in a mix of good and bad emulation. While it may be fun with friends as a way to show off the Joy-Con controllers, it offers very little in the way of a satisfying single player arcade experience. Let us hope that Nintendo’s official Virtual Console fares better.