Skylanders pares down the plastic with the Portal-less Switch version.

In my review of Skylanders Imaginators on Wii U last fall, I had one major ever-present issue: it ran very poorly on Nintendo’s last system. The graphics looked muddy and the game had various bouts of technical hitches and issues. I even made a comment at the time about how “I can’t wait for the NX version.” Well, since then, the NX has been named the Nintendo Switch and surprise - Skylanders Imaginators is a launch title. It runs far better on the Switch, and throughout my playtime, I didn’t experience any of the recurring issues I saw on Wii U. So far, so good.

Aside from that, the Switch version is more or less the same exact game that came out in October 2016. It’s a 10-level adventure with ample side content that has you facing down malevolent forces in the Skylands in a variety of frenetic Diablo-esque combat and simplistic but pleasant puzzles. It’s a straightforward journey, but like all other main Skylanders games, it’s a fun time.

This entry is focused around two new types of figures (that come with the Starter Pack that is, as of writing, the only way to get this version). The Senseis, which are more traditional figures that use of Sky Chi to do massive damage and also gate the 10 Sensei bonus levels. 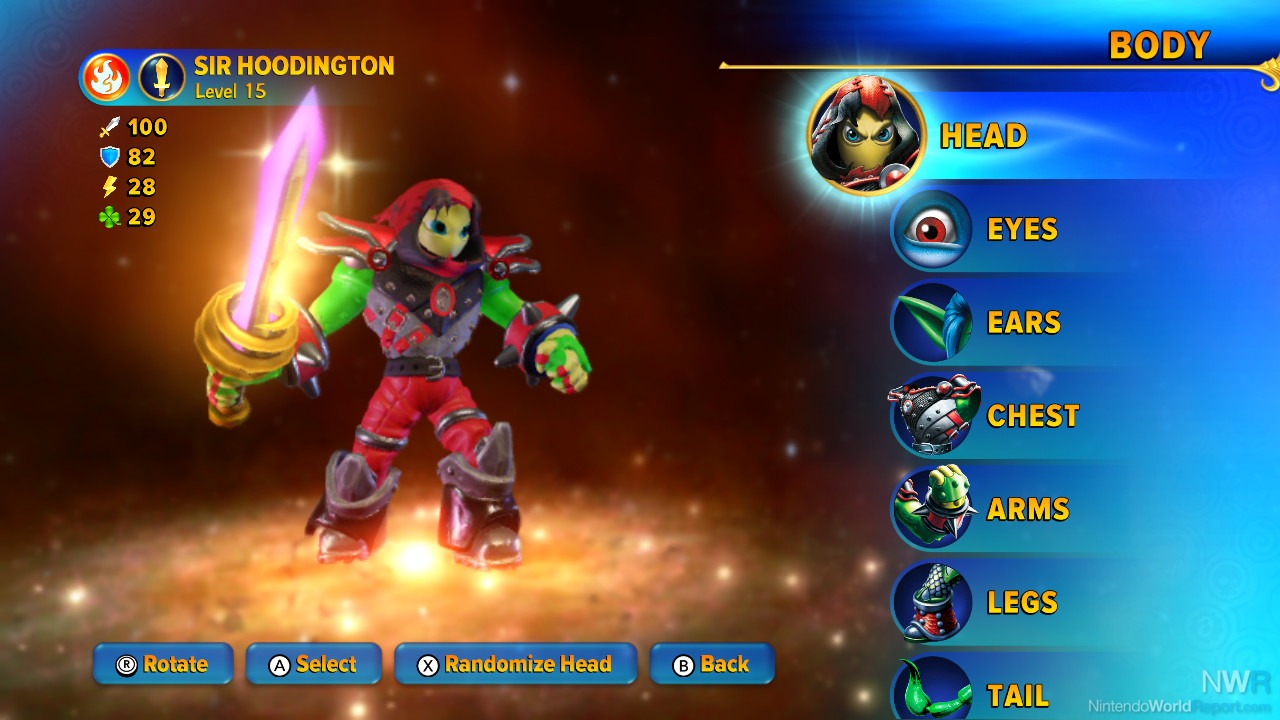 The biggest new element, though, is the robust character creator that lets you create characters and save them to a Creation Crystal figure (one is included in the Starter Pack). Making these figures is a great time, as the customization options are super goofy and a little deeper than first meets the eye. If you’re playing in portable mode, you can even use the touch screen to create characters. If you’re coming into the Switch version from Imaginators on another platform, just be warned you’ll lose all of your custom characters’ names from their Creation Crystals. 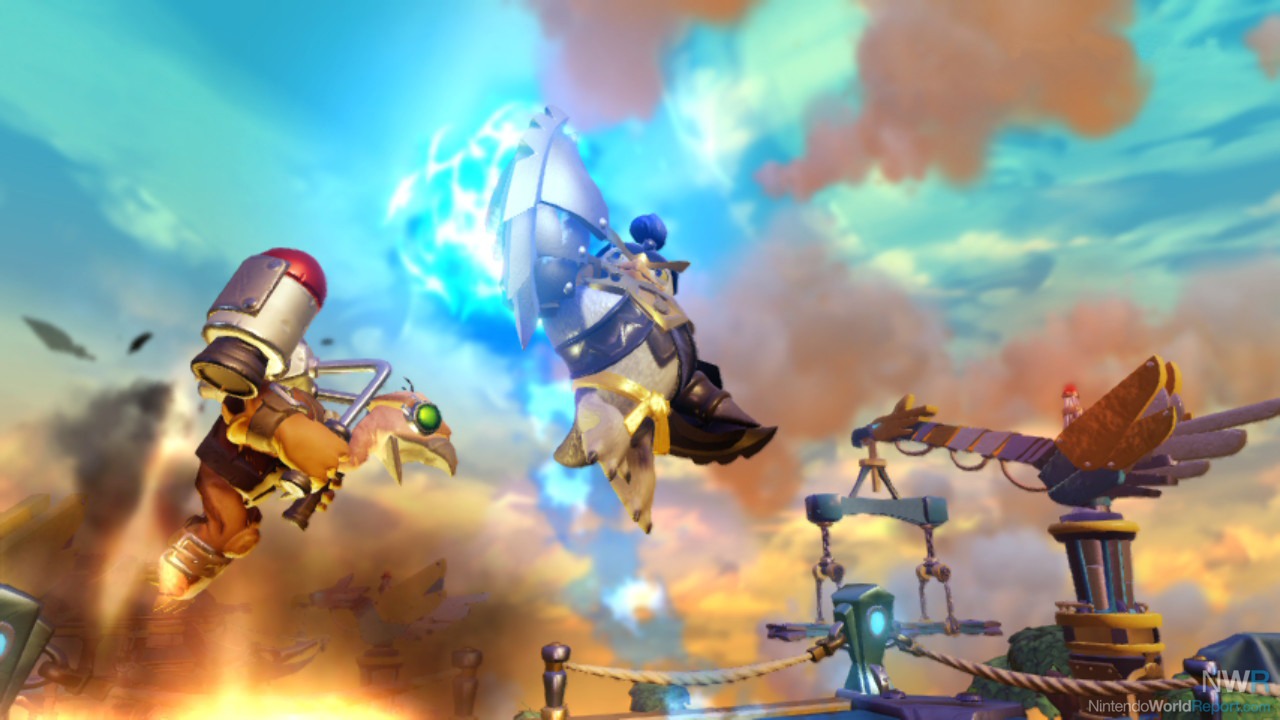 Unfortunately, in the move to the Switch, some elements were lost along the way. Traps and vehicles (special figures from past games) do nothing in this version. That means if you happen to have the Bowser and Donkey Kong vehicles from SuperChargers, they’re useless now. Additionally, the Portal of Power, a series trademark, is gone. That’s a logical removal, as the Switch is all about being used at home and on the go, and a big USB-powered add-on doesn’t work well for portable play. You scan figures in on the NFC reader on the Joy-Con or Pro Controller, and if you’re out and about, you can switch between different figures you already scanned in. Woefully, that means you have to do the dance of making sure to save the progression of the character later on. And scanning figures on the Joy-Con is a little trying, as the NFC reader is on the right joystick and you have to hold the figure in place. It’s understandable why Imaginators takes advantage of the built-in NFC reader on a hybrid device, but the absence of the Portal of Power illuminates how much of the Skylanders magic comes from utilizing that bulky add-on.

All in all, Skylanders Imaginators is yet another well-made adventure filled with charming characters and amusing gameplay. The Switch version is hampered a little bit by the system’s portability and the loss of compatibility with some previous figures is a shame, but it’s still a fine way to play, especially if you long for the days of the Skylanders 3DS games. This is a good time, even if it doesn’t match the highs of past entries in the series.