A great game with shaky emulation.

Although Shin’en has made great strides in futuristic racing with the FAST games, there’s still a lot of demand for a new F-Zero title. The recent Wii U update of 1998’s F-Zero X is still a great game, but issues both inherent to the Wii U and specific to the port hold it back a bit. 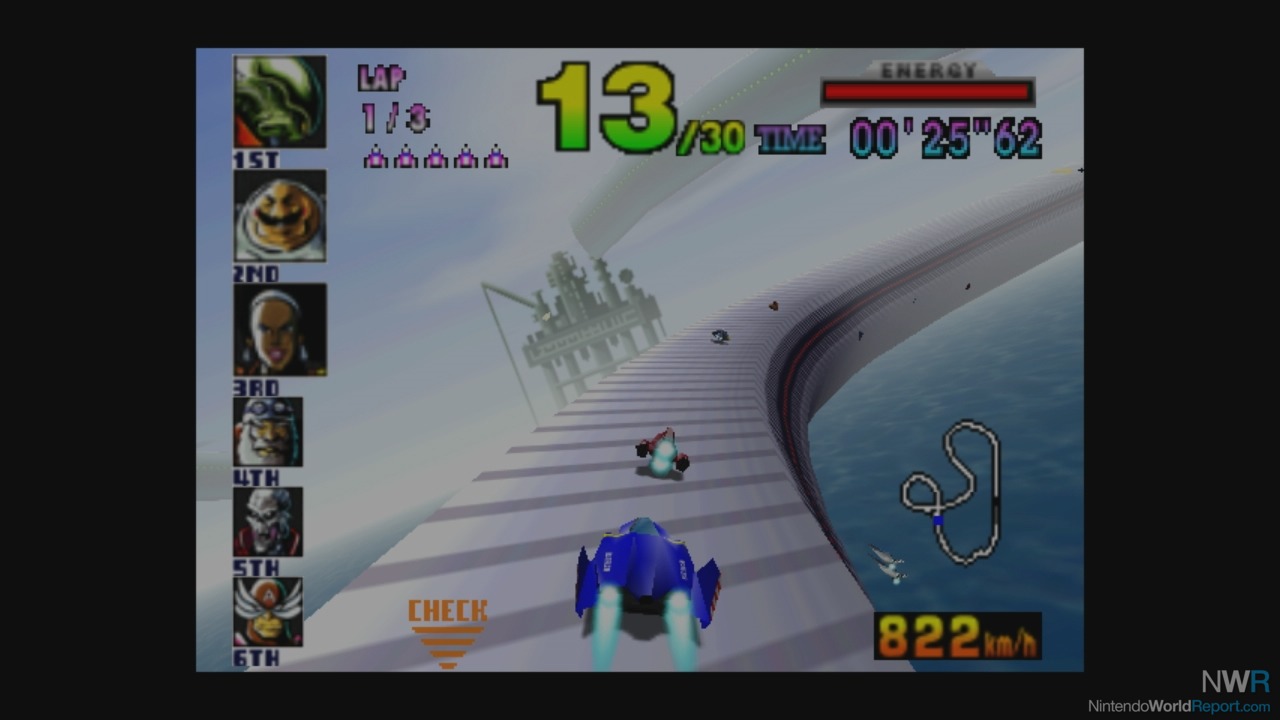 The core F-Zero game is still fun, if a little tricky to master at first. Although it seems like all that’s needed is holding down A, the races throw insane curves and plenty of contact in the way. The 30-car roster and ability to tinker with the balance between acceleration and top speed before each race means every player will have their perfect vehicle. Even after the Grand Prix mode is cleared there’s still replay value with the randomly-generated X Cup, multiplayer racing and the awesome Death Race which is the time to take revenge on everything that knocked your car off course. F-Zero X is still the best racing game the N64 ever saw, even better than Mario Kart (it also has a Rainbow Road). It’s still a great game.

Nintendo 64 (and NES) emulation on the Wii U is problematic, though, and F-Zero X has some issues in that regard. There’s a darkening filter on all N64 games that muddies up the graphics (as seen in our Star Fox 64 and Majora’s Mask comparison videos). Running it in Wii mode on the same system after the upgrade actually looked better. The Wii U version also has a slight dead zone in the left analog stick that can affect minute movements. It’s not as bad as what the European version was before its update, but it can throw things off compared to how the game ran previously. I also don’t recall the force feedback being as aggresive on the N64, but the Rumble Pak was the only thing that ran on its own batteries instead of the core controller, so it wasn’t as much of a concern as it is on Wii U. While most Virtual Console games run at the high end of the suggested battery life, this particular port knocked my GamePad down to a red light in about two hours.

F-Zero X is definitely a game worth playing – it’s loaded with content, and it’s a blast to play. But if you have an alternate way to play it, look into that and hope it comes quickly to the Switch with better emulation.

A copy of the game was purchased for review, with a Wii ownership discount.

Ah the death race.... Got so good at that, no one wanted to race me normally :)