The gods shall be pleased.

It’s been quite some time since I’ve had a game challenge me in the way that Thunder Lotus Games’ Wii U eShop action title, Jotun: Valhalla Edition, did. Jotun’s gorgeous, hand-drawn art style drew me into its Norse mythology-inspired universe. Hidden behind the beautiful backdrops and atmospheric soundtrack lies an inspired adventure. This epic quest is equal parts mysterious and rewarding, but certainly not for the faint of heart. For many players, Jotun’s difficulty will either be its greatest strength, or its barrier of entry. 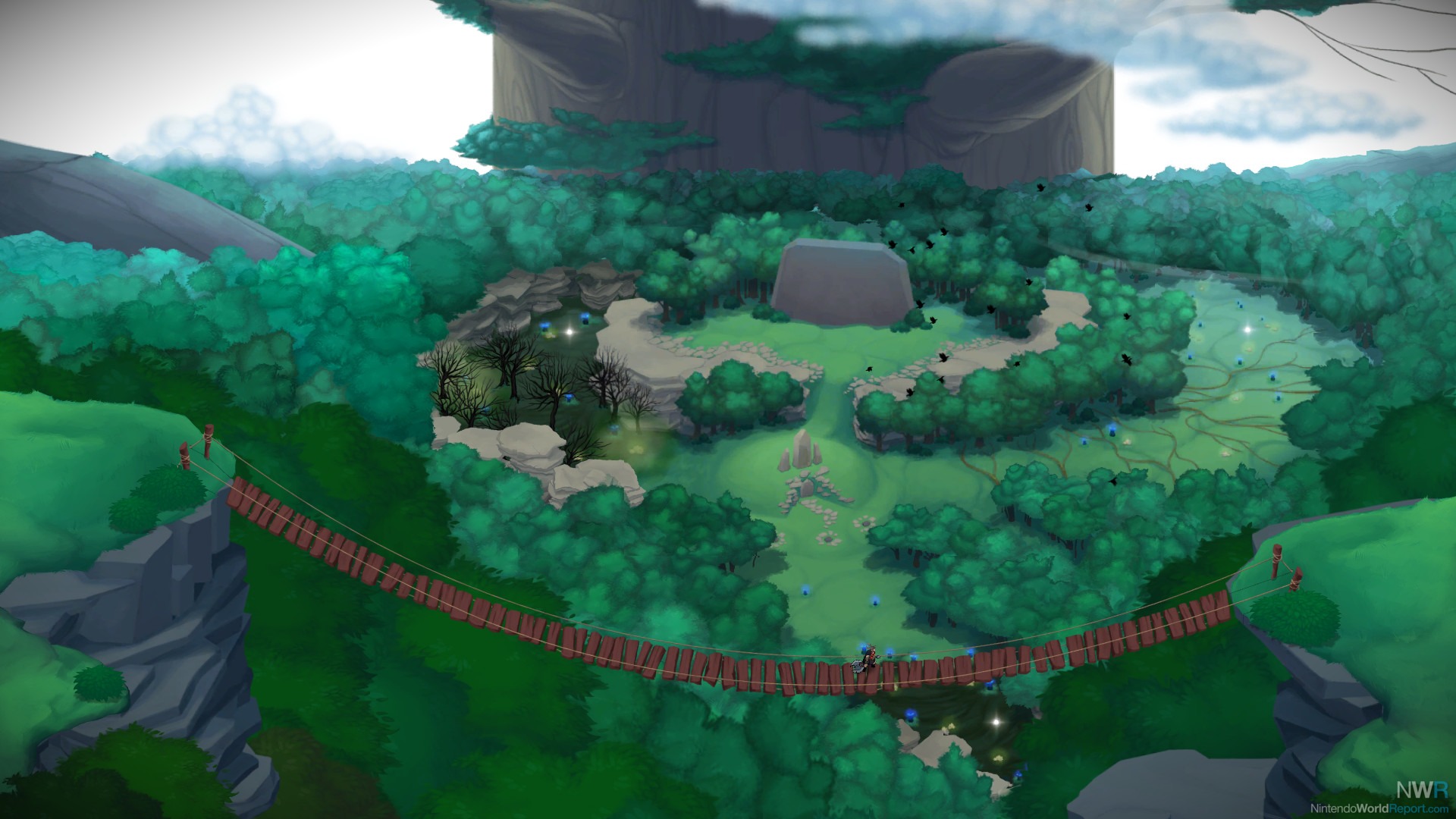 The scenario has the player take control of Thora, a warrior who died a rather mundane death during a storm at sea. Given a second chance to prove her honor to the gods, Thora is tasked with downing the monstrous Jotun in order to earn their favor. The Jotun themselves are gigantic, easily dwarfing Thora in scale, and providing the player with the daunting task of slaying them. The battles against the Jotun are one of the highlights of the game, with each battle requiring quick movement, smart tactics, and identification of attack patterns to conquer. The Jotun will not fall easily, and players that aren’t used to the challenge of old school-styled games may quickly become frustrated at the difficulty on display here. In my first Jotun battle, I found myself swearing under my breath at each death, wondering if I could possibly continue after taking this sort of beating constantly.

The frustration quickly wore off, however, once I experienced my first triumph over a slaughtered Jotun. The feeling of conquering a boss through learned skill in this manner is one of the most rewarding moments I’ve had playing a video game in 2016. Beating one boss made me want to press on and fight more Jotun to get that high once again. It’s rare for a video game to make me feel so accomplished, but the developers at Thunder Lotus display a mastery of the balance between challenge and reward throughout the handful of hours in Thora’s quest.

Lovers of Norse mythology, mysterious atmospheres, and beautiful aesthetics will fall in love with Jotun’s presentation. The hand drawn art style combined with the game’s musical ambiance show a side of Asgard that I never knew I was missing. Gorgeous backgrounds and character animations come together, and all kinds of references from the god of thunder to the tree of Yggdrasil are represented beautifully. The mystery surrounding Thora’s circumstances, combined with a surprisingly tremendous narration creates a feeling of investment with the hero. The story didn’t feel like it was forced down my’s throat. Jotun is a pretty game that the gods themselves would be pleased to behold. 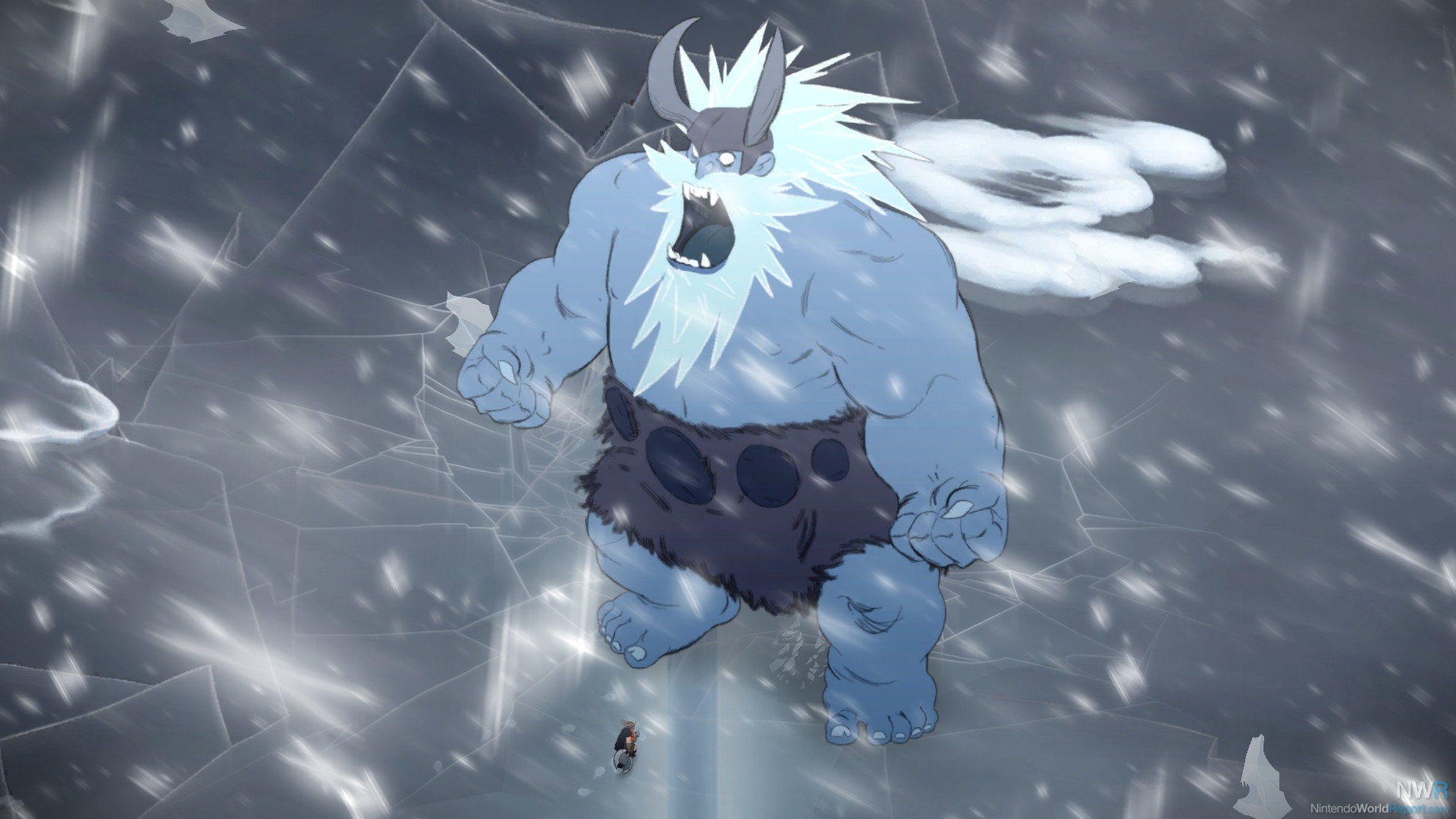 If there’s a complaint to be had, it’s that the frame rate would sometimes dip noticeably when a lot of enemies were on screen at once. In the Jotun battles, it’s all too common for them to summon hordes of minions to assist them, and the weaker they get the more they call for help. Since many of these battles rely on quick movements and precise timing, it’s frustrating to have the frame rate drop suddenly and cause damage that could be avoided. It doesn’t help that Thora’s move set is mostly limited to swinging her axe around. While there are powers you can obtain from the gods, these special moves are limited to a certain amount of uses before they expire. Conserving the special moves and knowing when to use them adds to the challenge. The reward for defeating Jotun is an incredible high, but the framerate drops and overall challenge may stop people from feeling it as much.

Despite the occasional frame rate issue and immense challenge, Jotun is a game that lovers of old school action adventure titles will love. Combining beautiful, hand drawn visuals with immensely rewarding gameplay, I loved the time I spent with it. It’s a game that draws players in with its beauty, and keeps them coming back with smart boss design and a feeling of accomplishment that few games today manage to grasp.

Great. Another excellent looking game that I was really excited about that will be too difficult for me to enjoy.
What is it with indies? There so enamoured with being so "#edgy" and "#hardcoreAF"  ::)

Great. Another excellent looking game that I was really excited about that will be too difficult for me to enjoy.
What is it with indies? There so enamoured with being so "#edgy" and "#hardcoreAF"  ::)

Agree completely.  This game sounds really interesting but I'm not sure I have the time/patience to deal with insane difficulty for no good reason.

I just started playing this game last night.  It really is gorgeous and atmospheric.  I fell in love with the levels revolving around Norse constellations and climbing Yggdrasil.

I wouldn't call the difficulty insane, but you probably will die a few times before learning how to fight the Jotun.  At least so far, the two Jotun I have fought were difficult, but manageable, once I figured out what I needed to do.  Also, even if you die, there's not a lot of backtracking involved before you can try the challenge again.  I've seen it compared to this elsewhere, but it really kind of like a pared-down, 2D version of Shadow of the Colossus in some ways; it consists of several boss battles separated by some minor puzzles and obstacles.