We're in a timeline where this game can exist, but it's not without flaws.

In 2014, following the relative underperformance of Virtue's Last Reward (especially in Japan), Zero Escape director and scenario writer Kotaro Uchikoshi indicated that there would not be a third title in the series. An extensive fan campaign and demand from Aksys (the Western publisher) for the payoff to the many hooks set in Virtue's Last Reward saw Zero Time Dilemma get announced for Western release at last year's Anime Expo. Nearly a year later, we now have the payoff. But what should have been a great finale stumbles a bit due to some odd game design and creative decisions. 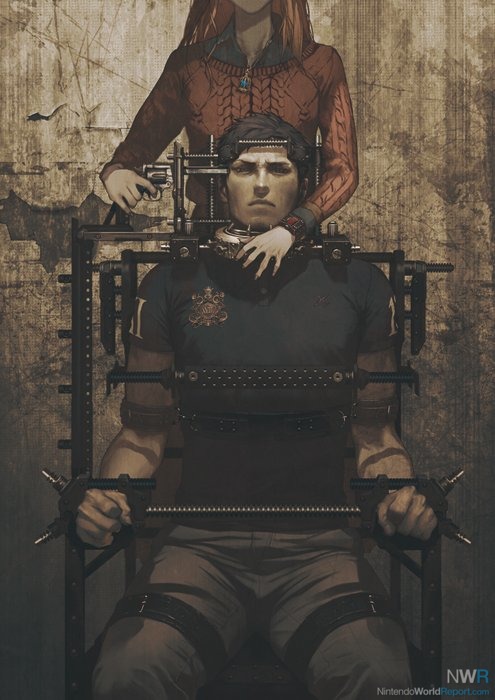 Zero Time Dilemma is the third in a series of games that combine escape puzzle sequences with visual novel sequences. In a change from the previous Zero Escape titles, which focused on one character and their paths through multiple timelines, ZTD relies on quick vignettes with the occasional escape room mixed in or as a starting point. The group of nine characters is divided into trios, and each team handles their own puzzle rooms. It's a refreshing change following some exceedingly long sequences in the first two games. The issue is in the puzzle rooms themselves: some of the puzzles are extremely obtuse and seemingly designed to be beaten only by FAQ writers.

For example, I was able to beat one puzzle that appears in the later part of the game in a few minutes, but this was after being primed with screenshots by another reviewer who spent at least twelve hours on it. Other puzzles caused me to waste multiple hours because of issues navigating the camera, and hints can sometimes just plain not show up depending on what order you do the rooms in. This seems to be by design – after all, working with information gleamed in other places is how this series has gone since 2010 – but the most flagrant example I witnessed (and had to provide the solution to) was in a room that's selectable when half the scenes in the game are. Furthermore, some scenes are affected by random chance, meaning if you're trying to get all of the outcomes it'll be necessary to repeat the scene three or four times (if you're lucky).

The visual novel scenes are presented in full 3D with full voice acting, but the more polygonal style that worked well on the 3DS is replaced by character designs that would recall The Wolf Among Us or other Telltale adventure games. The 3DS struggles with this (even on New 3DS, which I tested the game with) and a couple of the characters especially fall headfirst into the uncanny valley. The music is understated and works, with one or two remixes of classic series songs that let you know stuff is about to hit the fan. The novel sequences are fully voiced, and the voice work is great for all characters from nice to “seen some stuff” to “one step from the asylum,” though if you want to focus on one character in particular (the game's master of ceremonies, Zero) his audio is mixed slightly low.

Since this was meant to be the series sendoff, the team at Spike Chunsoft decided to work in seemingly every idea they had for the series. Sometimes this is in puzzle concepts and it works well, but sometimes it comes in the name of shock value. The first game (9 Hours, 9 Persons, 9 Doors) handled bloody sequences tastefully respectably (?) with most of the carnage happening off screen, and the second toned it down, but they more than maxed out the gore needle in the finale. I got squeamish a few times with some of the bloodier scenes, and that's not usually a concern for me. As well, one idea that was removed from Virtue's Last Reward for probable taste reasons (an attempted rape scene) is used near the final endgame, for barely plot relevant reasons. There are plenty of ways that part of the game could be handled, and because of when it occurred, it left a bad taste in my mouth right before the end.

I largely got into the Zero Escape series because of our site review of the original in 2010 and stumbling across a copy a year later, and I'm glad that I got to see the series through to the end. Though it answered some of the questions I had while replaying the prior games, the execution of Zero Time Dilemma itself has some rough patches and relying on our message boards/GameFAQs/other places of ill repute is going to cause a lot of problems for those playing it day one. If you haven't played the two prequels, at least play Virtue's Last Reward first.