The return to Luxendarc brings more charm and clever tweaks but sacrifices the story.

Over two years ago, I looked at Bravely Default. It was a wonderful game in my mind, but one that did suffer from padding at the end of the adventure. The first time playing it, I didn't mind too much, but it annoyed me when I returned to it a year later. What Bravely Default was the strongest at was leaving an impact on the player and it was keep the player fixated as long as possible. So when I heard that a sequel was incoming, I was extremely optimistic about how they could evolve the game. Did they deliver with Bravely Second on that, or did leave me wanting for more? Surprisingly enough, it is a bit of both, with the good keeping the bad in check.

Take the story for example. The game sort of assumes that you have played the first game. The events of the first game are explained in enough detail, but knowing the basics of Bravely Default goes a long way. Once you are good with that, I think that playing through the special demo will also help a lot. The introductions of the characters are glanced over and some events of the demo are referenced. Again, it is perfectly playable without doing all of that, but it is a better experience if you have a good idea of what is up. 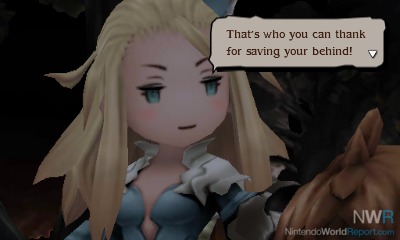 The new story in Bravely Second revolves around Yew Geneolgia, the leader of the Crystalguard's Three Cavaliers. He is tasked to save pope Agnes Oblige from a Skyhold that moves all across Luxendarc. Yew is an intriguing character, solely because he grows quite a bit throughout the game. He has to deal with loss, betrayal, accepting the world around him and everything else that entails him becoming a man. While it seems at first that Yew is all by himself, that all changes within the first chapter of the game.

He meets Edea Lee, who was one of the main characters in the first game. With her typical anger issues and swift movement, she is one force that you'd rather have on your side. They team up to not only save Agnes, but to bring our old friend Tiz Arrior out of his slumber. Outside of some wilder hair and a laid back expression, Tiz is back to bring sanity to the chaos. It is the perfect way to throw Yew's anxiety under the bus and create awkward situations as a result. Last but certainly not least, there is Magnolia Arch, a Ba'al Buster warrior who came from the moon to stop these deadly creatures. She is a conflicted character, who takes an immediate liking to Yew. Between her English dialogue, she speaks lines of French to show an edge, which I truly adore.

The main cast and most of the NPCs that you meet talk in a fun matter and it is enjoyable to hear them talk out loud. There is some referential humor from time to time, but none of it feels out a place. It is extremely subtle by design, which makes it extra cool when you actually spot it. The cutscenes, like Bravely Default, keep the art style consistent and the character models show a full range of emotions. For the developers, it seemed that consistency is key, which does good things for the flow. 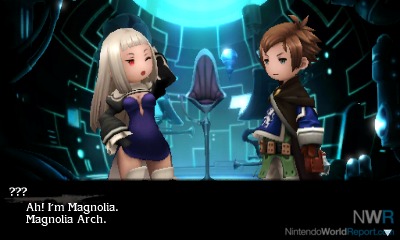 The disappointing part about the story are the goals. The story isn't as exciting as the first game, where you were trying to save the world. The plot takes a backseat from time to time and that may annoy a few people, but there is enough intriguing stuff happening that made it worth my while. The key villains of the Empire each have their own motivations and Kaiser Oblivion feels like a real threat. Another part that feels lessened are the sidequests. These felt important with the first game, but I never found the motivation to do them here as they are solely linked to the story by reference. You are basically chatting up with old enemies from the first game, constantly listen to two parties in the matter, choose a side and fight whoever you disagree with. I mean, you get jobs out of it, but they don't stand out much.

If you know the previous game to a fault, you will have zero problems immediately jumping into this one. You will talk through Luxendarc one more and discover that certain things have changed. There are new coastal towns to explore and other areas have a few tweaks to keep the map at least exciting. The cities from the previous game are unchanged, which is remarkable given that time has passed. I don't mind the recycled content all that much, though it would have been nice to see more unique locations. That being said, you could travel by boat and go through the shallow waters of the world. It is a fun newmethod of transport and really helps you find out what the world has on offer.

The true star of Bravely Second is the battle system, which I still love. The turn-based joy of it returns in full force and slaughtering enemies in the grim dungeons never gets old. It is a game of its own for you to get the best use out of the Bravely and Default options, and see what fits for what situation. On one hand, I could play it safe and constantly Default to raise my Brave Points. This would take more time, but when things would go horribly wrong, I simply saved myself from potential harm. By stacking them three turns, it prevents your counter from going below zero. If that happens, you will have to wait and that gives your opponents time to strike you down. That being said, there are reasons to spam the Bravely button instantly and take that risk. It destroys smaller enemies way faster and Bravely Seconds actually reward you for going all out. 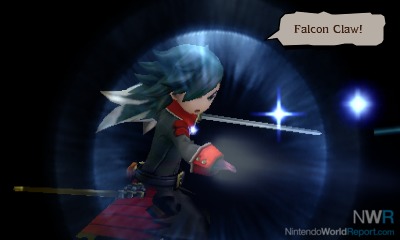 If you destroy everything on screen in a single turn, it enables the ''Bring It On!'' option, which starts a streak. The BP status remains the same, but if you succeed, you will receive more experience and job points as a result. This can be done multiple times, which nets you an additional bonus at the very end. Once I unlocked this feature, I heavily abused this to raise my characters quicker for the rougher fights ahead. Bring It On is a major help is raising the levels of the various jobs in your arsenal, as every level unlocks new features to make that set of skills stronger. You can use two sets of skills at any given time, so you truly need those job points.

Talking about jobs, there are about 30 of them within Bravely Second, which is seriously impressive. Many favorites from the previous game appear once again and it doesn't take long to get a few good ones. A good example is the Wizard, who can use spells like Lightning and Fire to bring down multiple enemies at once. As you level up, you can transform them in different ways to be more effective in various situations. The new ones are equally fun as well. A personal recommendation is the Charioteer, which is skilled at using a variety of weapons and can cause a lot of damage as a result. The Catmancer, another new entry, sees your characters in catlike outfits and performing the so called ''Cat Arts''. I don't want to spoil this one too much, because it has to be seen to be believed. I could continue to name them forever, but I will end with the Patissier. This job allows you to make some deadly desserts and add a tasty new way to bring the pain.

You will need to bring all the pain you can, because the difficulty curve nicely ramps up as you move along. In the more than 70 hours that I have played, it never felt that the game was coming to a standstill. The bosses, while challenging, were swift and the walk to your destination never felt like a major hurdle. As long as you understand the systems, the game will help you to your next objective. Everything is pinpointed on the touchscreen, so losing focus is a rare event. There have been concerns about the game would pull the same trick as the first game did at the end with constant repetition and I am glad to report that they didn't do that. I would say that the very end of the adventure is where the plot actually shines the most. 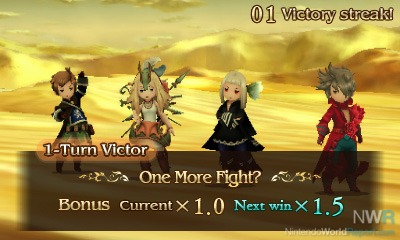 Outside of the main game, there is a neat minigame called Chompmaster. Ever since I first tried it, it has become a thing of insane beauty. In Chompmaster you make chomps, small and cuddly plushies, so that you earn chomp points. These chomp points are spent on better materials for more chomps, which starts the circle anew. You give your characters constant boosts and snacks while they work hard, which increases results and profits even further. After five hours, I maxed out the minigame, but then I just continued for fun and profit as the points can be exchanged for money. It helps that you can listen to unlocked parts of the soundtrack while chomping away!

Graphically, Bravely Second is a beautifully crafted game. The style of the first game returns in full form and I didn't expect anything less. The various locations look directly taken from a picture book, which looks absolutely gorgeous in 3D. It is colorful and bright, so what more do you need? Well, maybe a lovely soundtrack that stands on the same level as the original. There is more of a mixture of instruments and styles in use, which is quite a classy touch. Just like the previous game, the voice overs can enjoyed in both English and Japanese. There is also a variety of subtitle options for those who prefer their own European language!

Bravely Second is a well crafted follow-up to a strong role playing game. While the sidequests are a big bummer, the terrible loop at the end of the journey is now fully gone. The mixture of old and new characters, locations and ideas works quite well, though the feeling remains that more could have been done to the world as a whole. That doesn't mean that you won't be charmed by most of what the game offers, because faces like Yew's or Magnolia's are hard to ignore. It helps that it moves along at a solid pace and the battle system is still a joy to behold. While I think that some history with the previous game and the recently released demo is needed, the game on its own is one of the Nintendo 3DS's finest offerings.

If you have never played the first game, do you recommend doing that before diving into Bravely Second? I had originally planned on jumping into the series here. I read the first two paragraphs of your review but then stopped because if I'm going to have to play the first, I wanted to be clean of story spoilers. It sounds like it's playable if you haven't, but (much?) more enjoyable if you have. Thanks.

Sounds like more of the same except maybe executed a bit better. While the recycling is a bit of a bummer, it sounds like a good time.

I can't believe I'm considering getting this.

just beat the first game yesterday. the secret ending video was one that made so glad to wait till now, that would had drove me mad XD 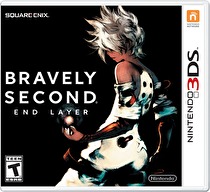