You’re an octopus now, you're an adult now.

I've waited a really long time to play Octodad. Young Horses’ indie adventure was released over a year ago on other platforms and has finally made its way to the Wii U. Octodad tells the story of a father that loves his family and is secretly an octopus. Three of his tentacles are controlled by the player and act as legs and an arm. Octodad has to spend a normal day with his family without letting anyone figure out that he's an octopus. 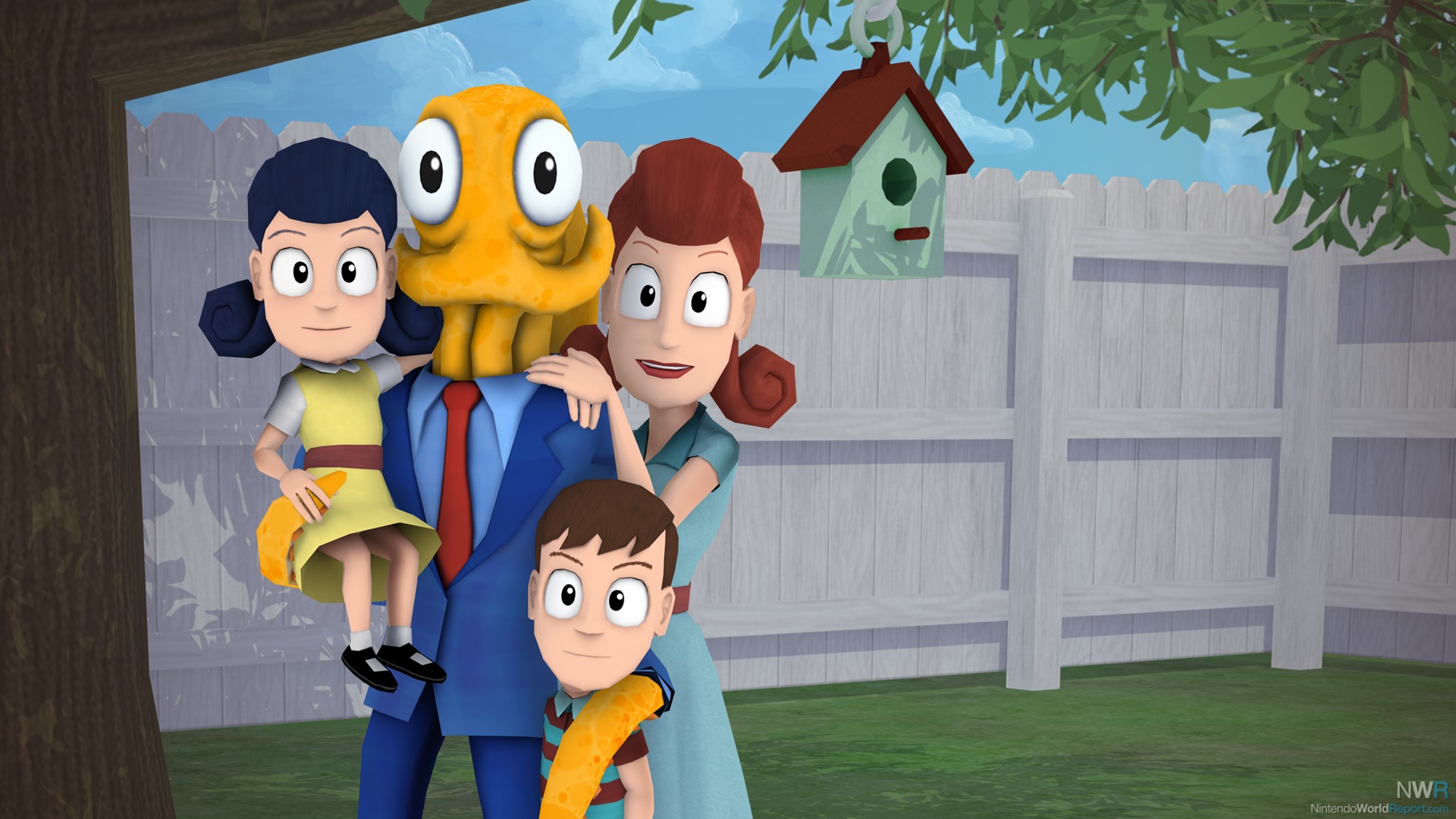 Octodad controls pretty terribly at first. Lifting and moving each leg individually is confusing and difficult, and using both analog sticks to reach around and pick up items is frustrating. It's also hilarious. Fighting the controls really made me feel like an octopus trying to move on land. Watching Octodad accidentally destroy a grocery store or tear apart his house kept me giggling through most of the levels. By the end of the game, I had pretty good control over Octodad and could get myself to alternate paths and hard to reach places pretty easily.

Octodad’s story is super short, but the three secret neckties in each level brought me back to explore. Almost all of the ties are extremely well-hidden and require a bit of digging to find. The developers also included their fastest times for each level. I was surprised to find two meaty bonus levels after beating the game, both including ties and times. The game is a spectacle, though, and I played through most of the game a few different times to show friends. 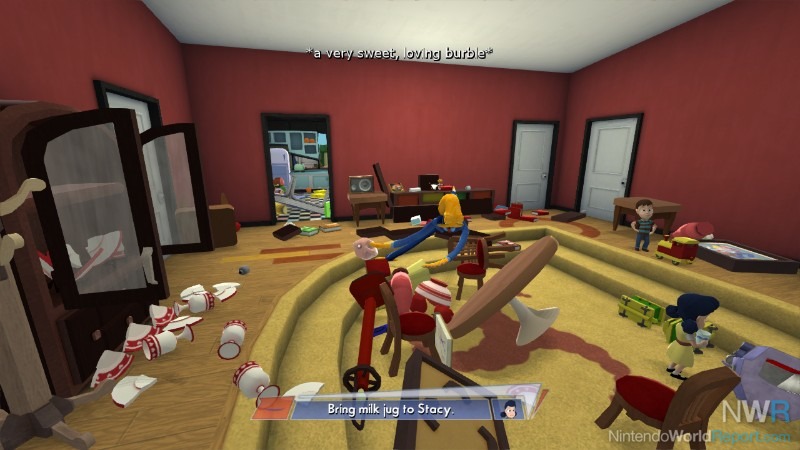 Where Octodad really shines is the writing. The story is cute, if predictable, but the dialogue is some of the wittiest stuff I've ever heard in a game. The children’s personalities are well-defined, and the wife’s obliviousness is adorable. Throwaway lines from background characters made me laugh so hard I needed to pause more than once. Octodad’s theme song is stuck in my head, and I can't stop smiling.

Most of Octodad takes place during a family trip to the aquarium, and it gets pretty tiring. The bonus levels add some variety with brand-new environments, but I still want to see Octodad at the office or at the kids’ school. The game chronicles a very busy day for Octodad, but I want to see more of his life.

The Wii U version does suffer from slowdown at the beginning of every new objective, and I did run into a terrifying audio glitch with a ton of stuttering that required a reload. Otherwise the game is perfectly enjoyable on Wii U. There's also a co-op mode that has players controlling different tentacles. It's good for a laugh, but it spikes the difficulty up considerably.

I loved Octodad’s premise right when I heard about it, and I’m glad to finally have the chance to play it. The Wii U version doesn’t run at 100%, but It’s already sold me on any projects Young Horses works on in the future. I just hope it comes to a Nintendo platform sooner.