The Rivers of Alice: Extended Version (Wii U eShop) Review

This point-and-click adventure tries to capture the essence of a dream.

The Rivers of Alice is a weird game. Alice goes to sleep at night and dreams of crazy point-and-click adventure puzzles based on her deepest fears. The game was put together by Delirium Studios, Spanish band Vetusta Morla, and artist Ane Pikaza. This artistic focus is front and center for the entire game. Some of the deeper themes were lost on me, but I got enough out of The Rivers of Alice for it to make an impact on me. 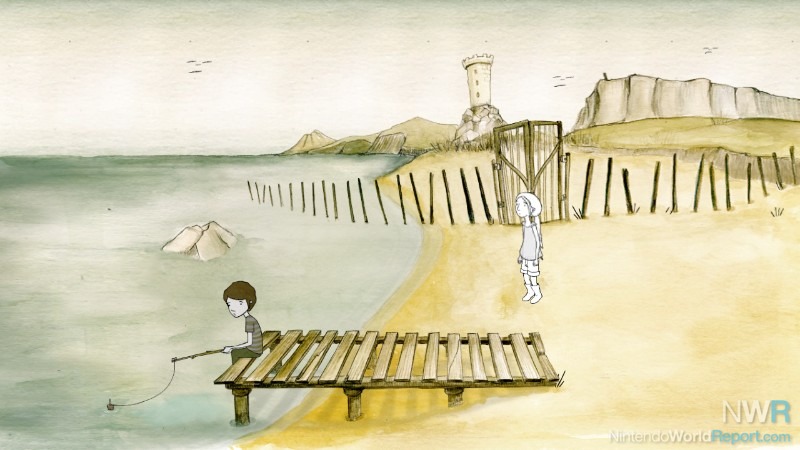 Each screen of the game has a unique feel to it. The hand-drawn backgrounds, simple puzzles, and varied soundtrack make this world feel alive. The music is almost hauntingly wistful. Every song made me want to cry and laugh at the same time. The loading screens suggest playing with headphones, and I’d have to second that.

The loading screens also suggest taking a break if you get stuck. I only got stuck on a few puzzles, but coming back with fresh eyes sure did help. Most of the puzzles are pretty easy to figure out, but an NPC on the first screen is loaded with tips to get through almost every puzzle. Alice’s walk can be pretty slow, so the long trek back to the beginning is plenty of punishment for anyone wanting a hint. Alice’s slow pace and emotional music did have me wandering around pretty dream-like when I did get stuck.

All interactions between Alice and other characters are completely image based. Alice keeps track of a lot of stuff in her notebook, and there’s also room for you to make your own notes. I ended up using my cell phone for most of my notes, but it’s still nice that the game has something built in. 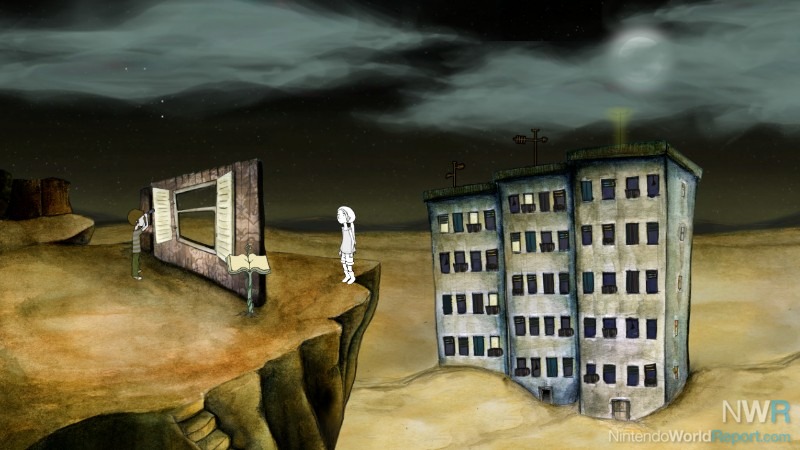 I only found one puzzle really difficult, a music puzzle about halfway through the game, but that may have had something to do with a decent amount of background noise. I never figured out the final puzzle, either. I mindlessly tapped the GamePad screen until the puzzle magically solved itself. I thought I was unlocking the final areas of the game, but then the game just ended. There isn’t a linear story or anything, so it was hard to gauge how far into the game I was at any given moment. I just didn’t think that it would end after the only bad puzzle in the game. I was only upset long enough for the credits to load. The ending song totally made me cry. It’s like every song being played at once, capstoning the game perfectly.

I only spent a few hours with the game, and a second playthrough would probably take less than an hour to complete. The game is subtitled, “Extended Version,” but I’d sure appreciate an Even More Extended Version. Nothing feels tacked on, though, so anything that was added during its port from iOS still feels like part of the original game.The game did soft-lock on me almost immediately after starting the game, but I didn’t encounter any other technical problems during my playthrough.

The Rivers of Alice has some deep themes that I didn’t really get, but I definitely felt the emotions associated with them. The beautiful graphics and unforgettable soundtrack make me want to stay longer in this world, but the short run time and lack of replayability make that difficult. Maybe I’ll dream of my own point-and-click adventures tonight.