Ten years after its release on the Sony Playstation 2 and five years after its Nintendo DS release, the Legend of Kay has received the HD remaster treatment on the Nintendo Wii U. The original game, considered a hidden gem by many, was easily missed due to its release late in both of its two previous platforms lifecycles. The Legend of Kay Anniversary is a chance for the 3D platforming adventure game to stand out on a platform with no major summer releases.

Those who have played the original title will immediately notice the improvement to the games performance over the jittery PS2 and DS games. The game runs smoothly at a constant 60 frames per second and once muddy textures are now crisp and clean. Enhanced lighting and shadow effects show that this version is more than just an up-resed port. These improvements allow the player to dive in to the gameplay that made the original beloved by the few who played it. 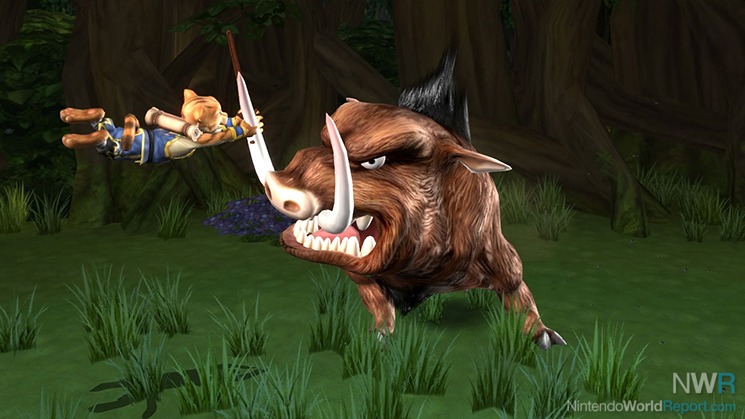 Legend of Kay tells the story of a peaceful island of several animal species that has been invaded by Gorillas and Rats who have put the native species under oppression for several years. Enter our hero Kay, a defiant, bratty adolescent cat who is studying combat from an old drunken Cat. After the gorillas and rats force Kay’s master to close down his dojo, Kay takes matters into his own hands and steals a legendary sword from his master and runs off to take on the rat leader, the alchemist Tak.p>

In many ways, Legend of Kay’s gameplay is a child of its era. If you have played a platformer from the early 2000’s, PS2 era then the platforming of Legend of Kay will be quite familiar. While the platforming can become challenging at times, I rarely felt that it was unfair. I only found myself fighting the camera a couple of times, and was able to to move fluidly through obstacles when using the proper precision.

Legend of Kay stands out from its sixth generation 3D platforming brethren through the addition of adventure game elements such as quests, puzzle solving and dungeons. While those looking for Legend of Kay Anniversary to be a replacement for the Zelda shaped hole in their hearts will find themselves disappointed, the game takes some inspiration from Hyrule’s greatest tales through puzzle elements, weapon and health upgrades, keys, dungeons as well as sword combat. The Zelda nods are so deep there is even a water temple which requires players to adjust the flow of the water to solve the dungeon’s overall puzzle.

Combat is much more sophisticated in the Legend of Kay compared to other titles from the same genre. Rather than being focused on mashing a single attack button, Kay will need to take advantage of dodging, blocking and multiple button combos to thwart his foes. While this adds a significant amount of depth to the game, the potential of the games combat is cut short due to the level designs reliance on kill rooms which require the player to defeat mobs of enemies to progress to the next area. These kill rooms compartmentalize the game which feels much more open outside of these scenarios and separate the combat and world exploration to the detriment of the game. 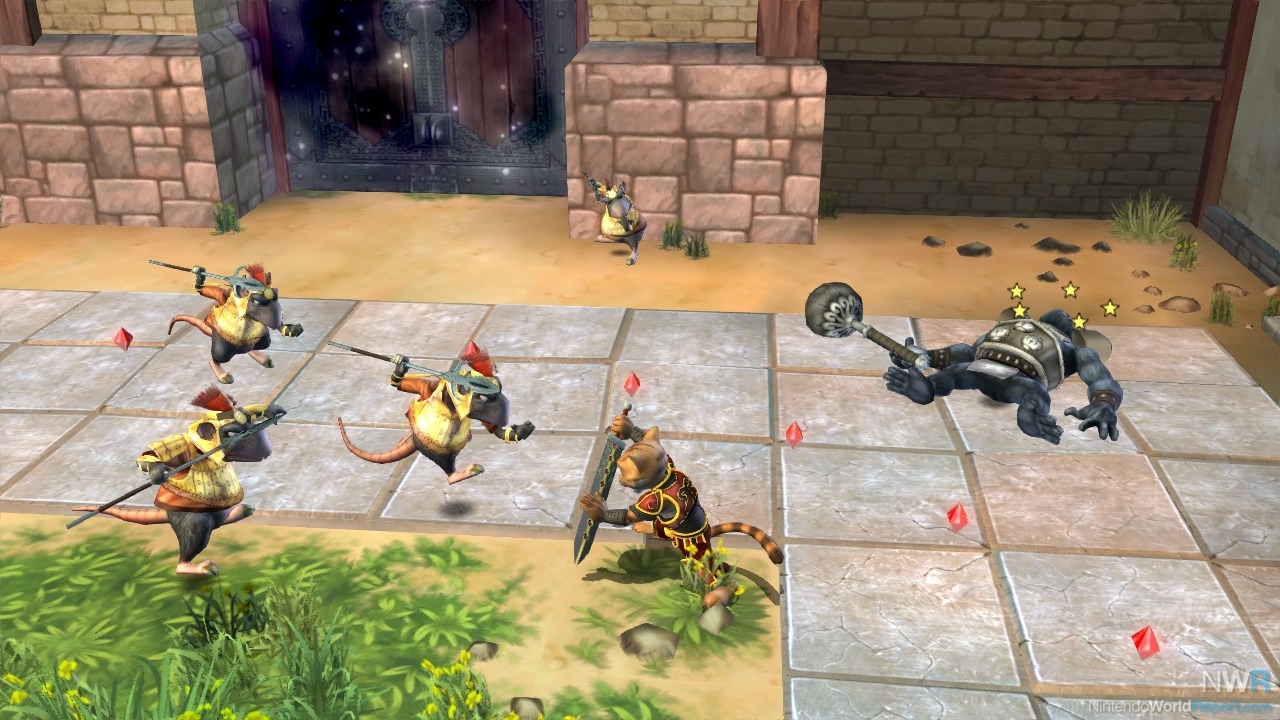 Where Legend of Kay Anniversary falls its shortest is in its voice acting and dialogue. I consider myself somewhat of a glutton for punishment when it comes to bad scripts and voice acting in games. As someone who has played through many 3D sonic games, enjoyed the more recent Final Fantasy games and considers the prologue of Castlevania: Symphony of the Night to be one of his favorite moments in gaming; I know bad dialogue and voice acting. Even with this distinguished pedigree in the realm of bad voice acting and dialogue I consider Legend of Kay’s cutscenes cringe worthy and unbearable at times. Not only is the dialogue and voice acting rough, the actual recording quality of the voices is often distorted. This is a game I would definitely recommend muting the voices. If you think sonic’s ‘tude is juvenile and grating then you have no chance of making it through Kay’s dialogue. The dialogue in the game at time takes what could have been a thought provoking story and resorts to childish name calling. After a handful of times hearing a character be called a furball or mangey the dialogue becomes eye-roll inducing.

Smelly animal puns aside, Legend of Kay Anniversary gets many things right. The platforming is superior to many of its competitors during its original release and still holds up today. Adding in some adventure game elements and contemplative combat to the mix makes Kay’s legend worth experiencing The game looks and performs great. It is obvious that there was care put in to this remaster. Fans of the original title should absolutely experience this version, as well as all fans of 3D platformers. 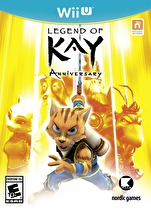