This game provides more Puzzle & Dragons than you'll ever need in your life.

I’ve never played Puzzle & Dragons because it’s a free-to-play mobile game and I don’t care for that style of game. Thankfully, Puzzle & Dragons Z + Super Mario Bros. Edition brings you all the Puzzle & Dragons action you could possibly want minus the obnoxious energy bars and life crystals that previously stopped you from enjoying the game for more than 10 minutes at a time.

The base gameplay reminds me a bit of Puzzle Quest, but more involved. You construct a “team” of characters who each have elemental associations and special attacks. Each gem type on a Puzzle & Dragons board represents an element. So, for example, Goombas are wood types. Matching three or more green gems allows your Goombas to attack. They will not attack if you match three or more fire flowers, because Red Koopas are fire types—so they’ll attack instead. See how this goes? There are five elemental gems (wood, fire, water, light, dark) and an extra heart gem. Matching heart gems gives you an HP boost. Wood beats water beats fire, and dark/light are both opposed to each other. It’s important to bring the right team to each stage, and you are told what kinds of enemies—and gems—are found in the stage so that you can edit your team appropriately. 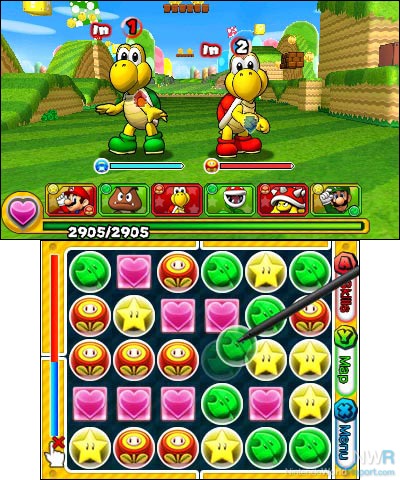 There’s a bit more to it than that—you can create up to six teams, edit them before every stage, evolve them based on pickups you’ve obtained, and level-up individual character’s skills—but for the most part, what I’ve described is how you’ll be playing.

The package is ultimately enjoyable, but you’re at the mercy of several variables during any given match. First, your party’s special abilities only come online after so many turns (or combos in Z), and while these abilities are fairly wide-reaching in scope, you’ve got to be able to survive long enough to trigger them. You’re also totally dependent on farming items in previous stages to upgrade your characters and abilities. You will not be able to progress very far without grinding in this way, which gets old. Finally, and this is the biggest problem, you have no control over the layout of the board. Sometimes you’ll be faced with a gaggle of Fire enemies but there won’t be any water gems on the board. Too bad. Sometimes you’ll need to clear five light gems to unlock a treasure chest, but there are only two on the board. So sad. 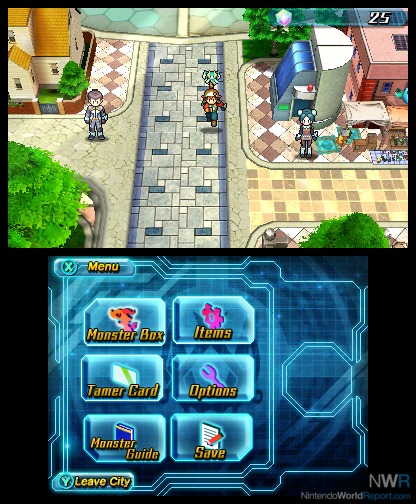 Many characters have gem-changing abilities—change all the water gems to fire gems, or whatever. But, again, you can only use these abilities once every so many turns or combos. You will often need their abilities before they’re ready to activate. This can be frustrating, and it will lead to many losses. You can tinker with your party loadouts and upgrades until the cows come home, but if the board isn’t giving you any good choices, you’re screwed.

I also found myself spending way too much time editing my party between stages. Yes, you can create six distinct parties, but you’ll quickly find that’s not enough and you’ll need to tinker all the time. I found this tedious—I just wanted to get with the gem-matching—and it’s especially frustrating when you spend a ton of time matching your party to the specifics of the stage only to get the shaft in terms of board layout, something you have no control over.

The games look okay. Puzzle & Dragons Z looks like a low-rent DS Pokémon clone in terms of graphics. The different monsters—which you collect and evolve like Pokémon—can be pretty cool looking, but they’re often palette swaps of each other. The Mario Bros. version looks like a New Super Mario Bros. game, but enemies have black outlines and plenty of idle animation. While Puzzle & Dragons Z uses 2D sprites, Super Mario Bros. Edition has 3D character models that look pretty spiffy. I can’t speak too highly of the music or sound effects in either game. For what it’s worth, the Mario music seems ripped right out of New Super Mario Bros.

In the end, Puzzle & Dragons Z + Super Mario Bros. Edition is, in itself, a bit of a puzzle. It’s definitely interesting and a great shake-up of the Puzzle Quest formula, but you’ll spend as much or more time not playing a match-three puzzle as you will playing it, if that makes sense—especially if you’re playing Puzzle & Dragons Z. The game is fun and well made, but I found the RPG aspects overwhelming. Not in an intellectual way, but in a “I’m spending way too much time on this” way. Give the eShop demo a shot, and play on Expert. That’s a pretty good indicator of how you’ll like the final game.

Once you figure out how to stack multiple combos in one sweep, the game becomes super addicting.

This morning i finally managed to beat "Hard" mode on demo without using skills. You just need to do 4+ combos each time and they all will do down in one turn. Well except the boss. 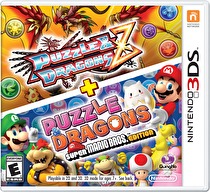