There's a good chance you'll be annoyed by the Void. 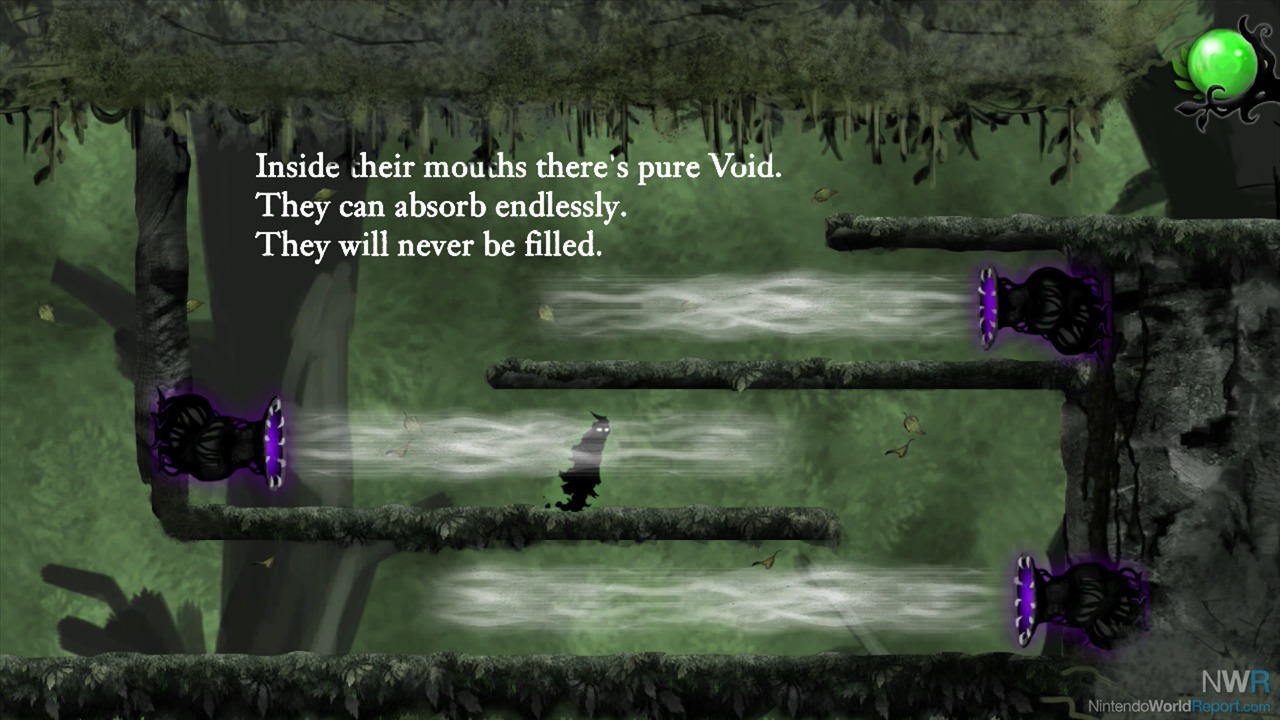 There’s a lot of platformers on the Wii U, and a fair number in the sub-genre of “Indie puzzle platformer with unique artstyle”. Nihilumbra aims to stand out not only with its mixture of dark and colorful art styles, but its unique controls and rather disconcerting world view. And for the most part, the title pulls it off.

The most striking aspect of Nihilumbra is the art style, which really pops off the TV screen and scales well to the GamePad’s screen. Each of the core five worlds pulls off its look spectacularly, from the darkness of the cave to the busyness of the cityscape. The music is good and doesn’t distract, but there was a very noticeable hitch in the audio just before the credits that threw me a bit with an endgame puzzle. The characters, all represented by shadowy figures, provide a neat bit of contrast against the levels, but people who have played a lot of recent platformers may be turned off by yet another shadow game. 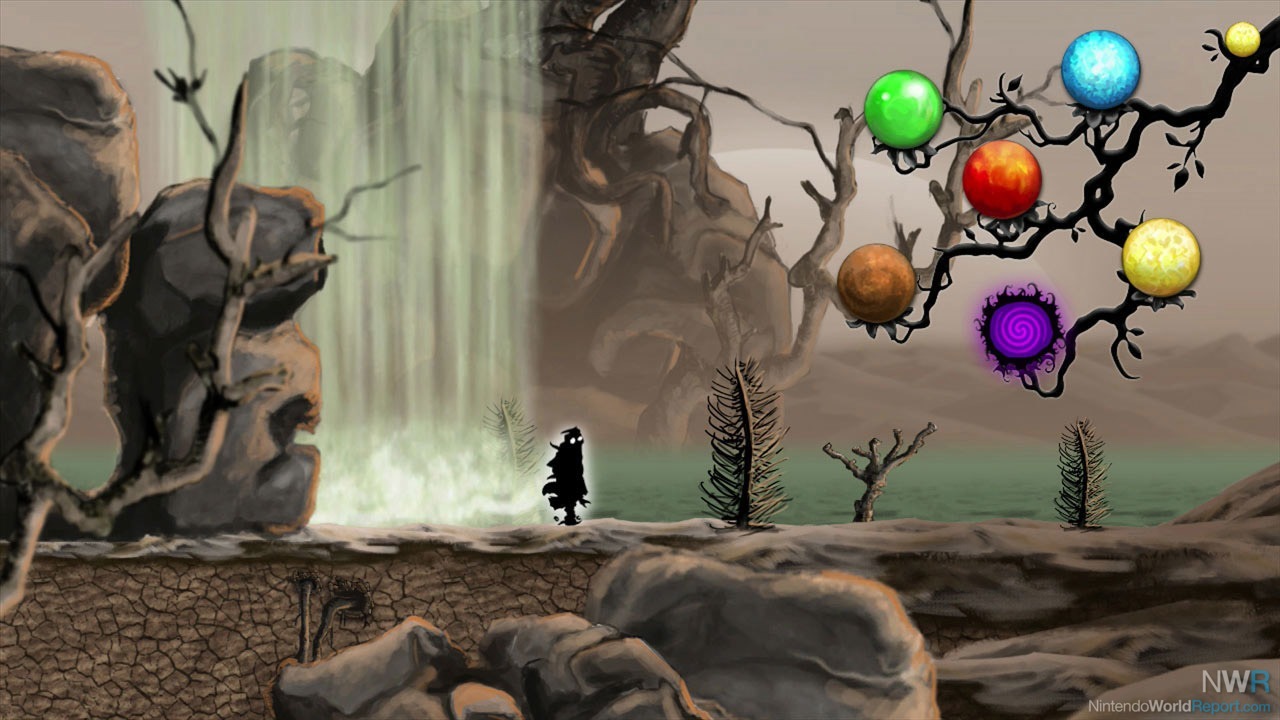 Where Nihilumbra differentiates itself is in its gameplay. As you proceed through the five worlds, you unlock a different power in each one that is controlled by covering a surface on the touchscreen. These provide additional jumping power, the ability to wall jump, and fire and ice powers that can be used for both offense and defense. The puzzles all have a consistent internal logic, and I had several “eureka” moments during the later levels once I figured out how to get past a tricky enemy. And sometimes, you can have fun just using the jump power to bounce around like your character has strapped rockets to Scrooge McDuck’s pogo stick.

You’ll need these moments of levity, since Nihilumbra is a very dark game. The omnipresent narrator starts out the game by belittling your character, which makes sense given the game’s philosophy of nothing having any meaning. This is something that one can overcome, but it took a bit for me to handle it given my own history with depression. The other key concern is that the main game is short – the worlds are shorter than you think – until you beat the game and unlock Void mode. To give an idea of the difficulty of Void mode, I jumped into it right after rolling the credits and it took me fifteen minutes to get off the first screen through a combination of exhaustion and the inability to “git gud”.

The Wii U version of Nihilumbra isn’t the game’s first picnic on a console, but it never really got the publicity it deserved. If you’ve passed it up previously, don’t sleep on this game now that it’s on the Wii U, just have some kittens handy to provide a dose of happiness afterward.