A bevy of new features or an assault on your wallet?

Upon its initial release, Ace Combat Assault Horizon Legacy was a fun romp in a genre, flight combat, not explored on the 3DS. Now it is back with a few additions for the New 3DS. This revamped edition is still a good game, but it offers little new content for those who played the original. 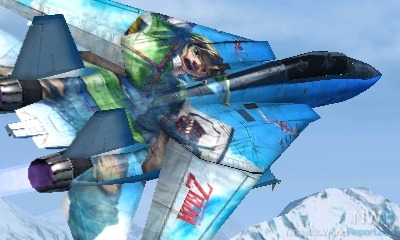 For newcomers, Ace Combat consists of a series of missions. Story missions make up the bulk of the game, where you are tasked with defeating enemies both in the air and on the ground. There are a somewhat generous number of missions, more than 20, and a second playthrough is required to unlock all of them due to branching paths. Bonus missions are unlocked during the game, offering up new challenges. All of the content is identical to the original 2012 3DS release.

When you get down to it, this new version only adds C-stick controls and Amiibo support. However, all the C-stick does is let you move the camera, which was never that useful in combat. I found it more useful for capturing images at cinematic angles for Miiverse than during the gameplay. Aircrafts are easy to pilot, and even after multiple years since playing it, the controls are easy to pick up. They are simple but effective. The Amiibo support, like the C-stick addition, is rather shallow and superfluous. Figures unlock in-game items for plane customization. They also unlock neat-looking aircraft with Nintendo skins based on which character you scanned in. Once again, it is cool for posting images to Miiverse, but the skins don't add anything of substance, outside of a neat laser from Fox McCloud's ship.

The 3D visuals were impressive when the game first came out, and now with New 3DS's Super Stable 3D, they look even better. The sense of depth in the sky brought back the memories of the first time I used a 3DS, and with the head tracking it was like trying it for the first time all over again.

If you haven't played Assault Horizon Legacy and you have a New 3DS, this is the version to get. The additions aren’t major, but this version is the definitive one, as long as you own a New 3DS. If you don’t own Nintendo’s shiny new handheld or played the 2012 edition, hold off because there isn’t anything new for you here.

Loved the original release, but yeah, I read there wasn't much new content and this review further affirms that. If you haven't played the original (which was a remake of Ace Combat 2, I believe), then definitely pick this up. It's mad fun and has an awesome soundtrack!

It's a bummer that this upgrade is a full-priced game. Still, nice to see it out again. With how buddy-buddy Nintendo and Bandai Namco are, I sincerely hope that there is a follow-up. Ace Combat X2: Joint Assault for the PSP added co-op online multiplayer for portable aces. I want to see that for the 3DS.

I bought this because of my desire to be digital-only and the original being one of the very few physical 3DS games I had left. I think the only one I've got left is Heroes of Ruin, which is available on the eShop in Europe but not America.

I bought this a few years back and never played it. Now I'm wishing they'd offer the upgrades as DLC cause there's no way I'm paying $40 for an upgrade of a game I own, but haven't played

I would love to try this game as it looks like it could e a good title to scratch that Rogue Squadron itch, plus anything to further justify my N3DS purchase is a plus. I just don't want to pay $40 for it so I'll hold out for a bit of a price drop. 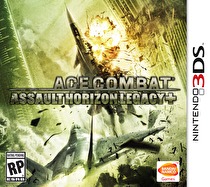