Renegade Kid’s foray into Metroid-style games captures the spirit but ends too quickly.

From the start, Xeodrifter's Metroid inspiration and influences are crystal clear. The 3DS adventure from Mutant Mudds developer Renegade Kid opens with a brief introduction that presents four different planets with minimal explanation. There's no clear direction at first. You're just as aimless as your little spaceman surveys the planets. 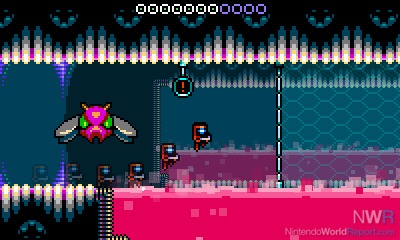 While you can really only progress on one planet in the beginning, that initial sense of mystery and trepidation pervades through the two or three hours that Xeodrifter lasts. The worlds aren't kind, as they are littered with enemies, but exploration through the visually simple yet interesting world is rewarded with power-ups that slowly but surely give you power, speed, and more. This is the rare game that actually understands what made those early Metroid games so engrossing. Super Metroid, to me at least, is a masterpiece because of how naturally it guides you through its world with minimal direction. Xeodrifter doesn't quite attain the highs of Nintendo's Super Nintendo classic, but it captures a similar feeling of isolation and adventure.

Even when you're not sure where to go next, exploring other planets is still helpful as you accumulate different power-ups, either for your health meter or your gun. The gun can be customized in a number of ways, as you find hidden power-ups that can be put into different categories. You can enhance the power of each bullet, increase the rate of fire, or even turn it into a Wave Beam-like weapon. Outside of those, you also find six other major power-ups that are handy in both exploration and combat. The most interesting of those power-ups lets you shift between the foreground and background, which makes for neat puzzles and clever use of the stereoscopic 3D effect. 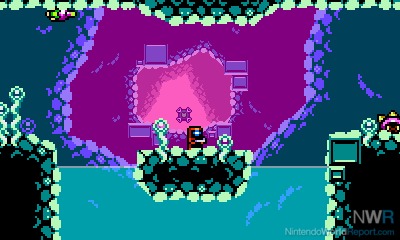 The enemies, most of which seem similar to basic Metroid creatures, have a decent amount of variety to them, making encounters with new ones tense as you figure out how they move and attack. Unfortunately, one boss monster is repeated seven times throughout the short experience. While new wrinkles are added each time that take advantage of your growing suite of abilities, the boss' pattern never changes too much. Especially since the boss battle is the one major test of your combat prowess, it’s disappointing that it’s repeated so much.

A bite-sized Metroid-like experience, Xeodrifter is a fun, exploration-heavy adventure from start to finish. With a feeling of loneliness that is enhanced by an excellent soundtrack, Xeodrifter shines even with its repeated boss battles. It ends quicker than you likely want it to, but nevertheless, Xeodrifter is a great 3DS eShop game.

I'm going to pick this up after work today and I'm probably going to enjoy it but then afterward I'm going to get sad that we haven't gotten a real 2D Metroid game in almost 11 years and who knows if we ever will again and then I'll repeat this cycle in the spring when Axiom Verge comes out.

Indeed, though early indications are that Axiom Verge is a much longer game than Xeodrifter. Its creator has been working on the game for 4-5 years.

Yeah, I've played about an hour of Xeodrifter and this review pretty much nails my thoughts on the game entirely. It's a love letter to Metroid but the world is a bit too straightforward, there's a few hidden health items here and there to encourage your exploration but aside from the ship and the pre boss checkpoint getting to the really "hidden" parts of the world is sometimes a hassle.

Decent difficulty balance, that first boss was especially surprising to me. Once you get plane shift the par of the game really picks up, though the boss fight difficulty decreases.

This game looks great! I will definitely pick this up when I get the chance.  Anyone have any deeper thoughts about it since it's been out for a little while?  Has anyone digested their experience with it?