An Ouya game successfully races onto the Wii U

Shuttle Rush, originally released on Ouya, is an indie title by the small development team of Takusan Works where the focus is finding the exit to each level in a limited amount of time. A fast pace is needed due to the game's main conceit; the main character only has a limited amount of oxygen (time in seconds) to use. 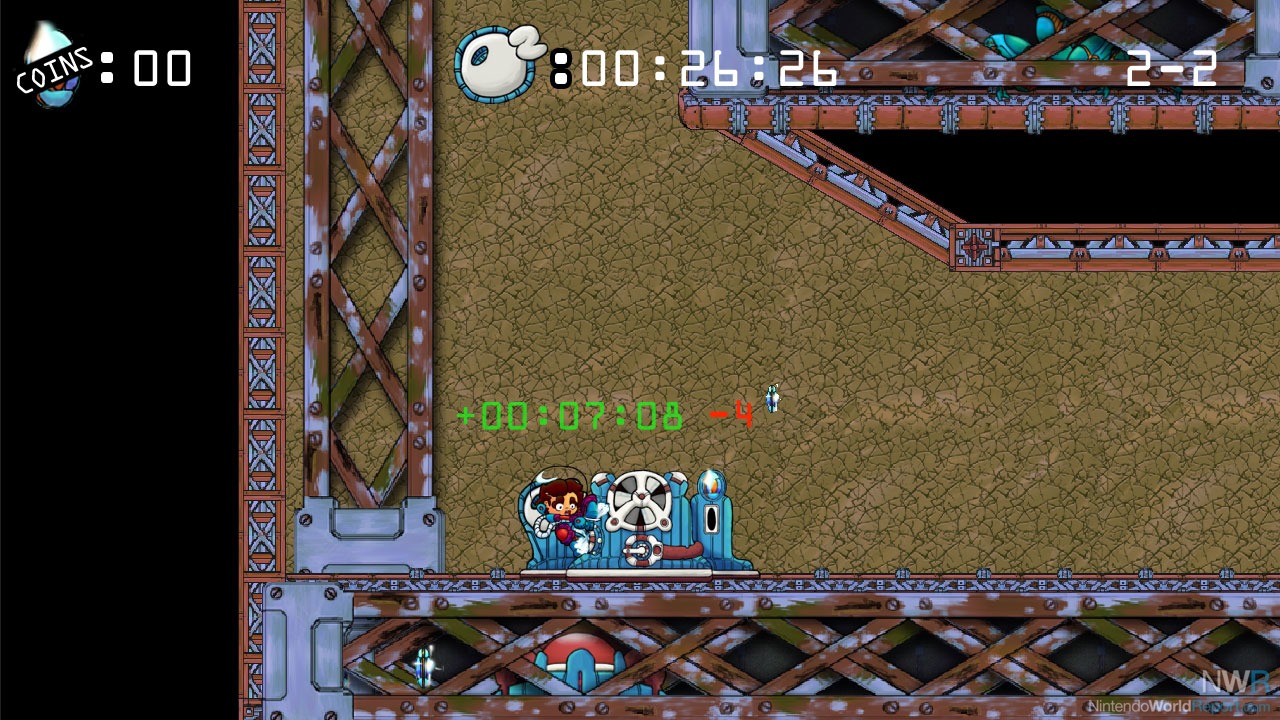 The opening “cinematic”, really just a series of pictures, does little to describe what the game is about, and actually confused me as to what was going on. After the opening you are dumped right into the game, so it’s not a huge problem. As a title in the style of 8-bit games of old, its graphics and sound both fit the motif. The music is at first enjoyable, but becomes repetitious after a few minutes. The visuals do not offer much in the way of variety muted bland colors fill many levels.

Gameplay is simple; the goal is to reach the level exit within the given amount of time (measured in oxygen). The 2D field of view has you platforming back and forth throughout each level’s map while you unlock doors to reach the exit. Coins collected throughout each level can be used to purchase more oxygen functioning as time while rushing through each level. Consideration is needed when deciding whether grabbing some coins is worth it. It’s a risk vs. reward situation, do you spend the little time you have to try and get more oxygen, or do you work with the time you have?

Each second you are given is precious, they make the difference between reaching the door or running out of oxygen and having your head explode. Memorization is required in order to know what coins are worth your time and what path to take, but it’s reasonable, it is nowhere in the vein of a Dragon’s Lair type game.

Deciding to collect or skip coins becomes even more crucial during boss battles, which are less battles and more runs. Unlike the enemies in each level, which can be stunned with a laser gun, bosses are racing against you to close gates before you make it through, making you start over the run, it can become frustrating at times, but never overwhelmingly so.

In the end Shuttle Rush is a fun game, with some replay value due to online leaderboards. It breaks no boundaries in the platforming department, but manages to be entertaining enough that it is worth a look.