With such a beautiful and polished look, you may wonder if this is really an eShop title.

Paper Monsters Recut is a refreshing spark in the vast sea of smaller eShop titles. Mobot Studios has created a cute and fun game with a unique visual style that livens up an otherwise straightforward platformer. The smooth, high quality port of a mobile release brings some big personality to the Wii U. 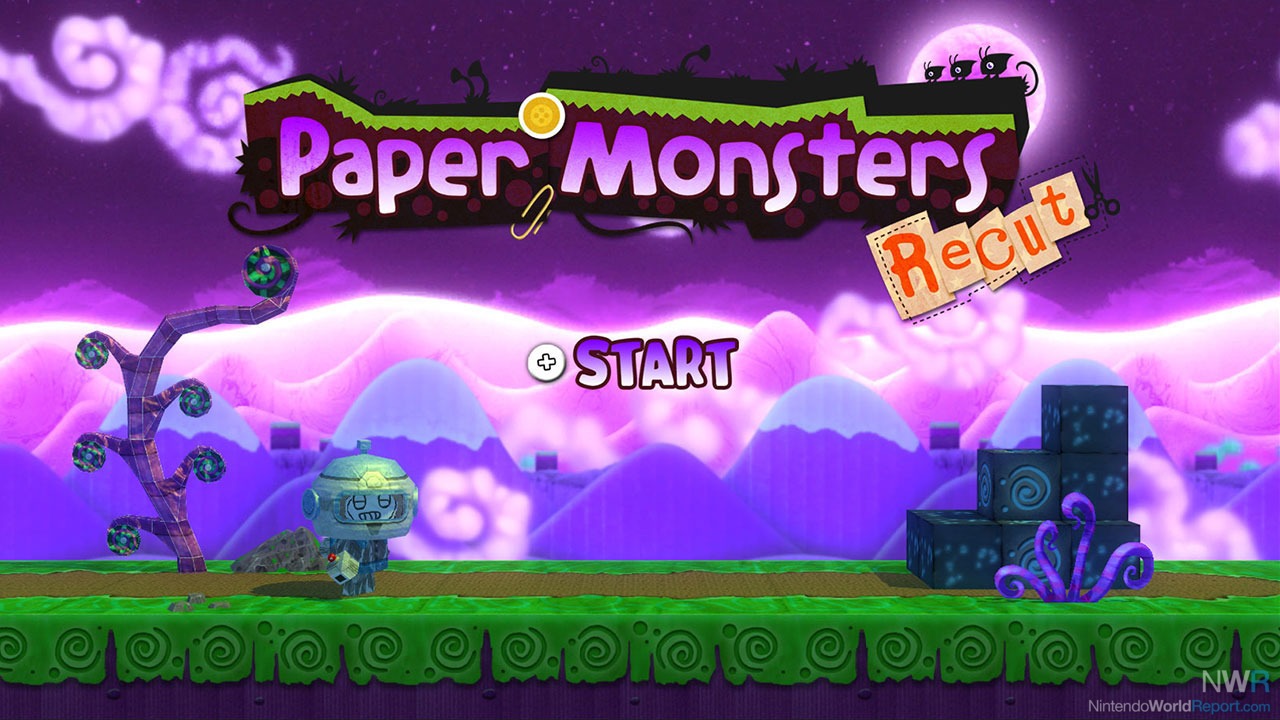 As the name suggests, Paper Monsters takes place in a colorful paper world with intricately folded and cut monsters who are determined to stop the boxy cardboard hero from completing his journey. Each level feels large and showcases creative touches like giant octopuses or trampoline mushrooms. The worlds are atmospherically lit to really bring dimension to every detail.

The goal is simple: Players must guide the hero to the end of the level while avoiding or killing any monsters in their way. Points are earned by killing enemies, triggering flowers and small mushrooms to bloom or by collecting as many scattered blue buttons as you can. Optionally, three golden paper clips can be found in each area along with one special golden button. At the end of each world, there is a boss battle that follows special rules. There is an overworld that ties the levels together, with secret areas containing more paperclips and buttons hidden throughout. 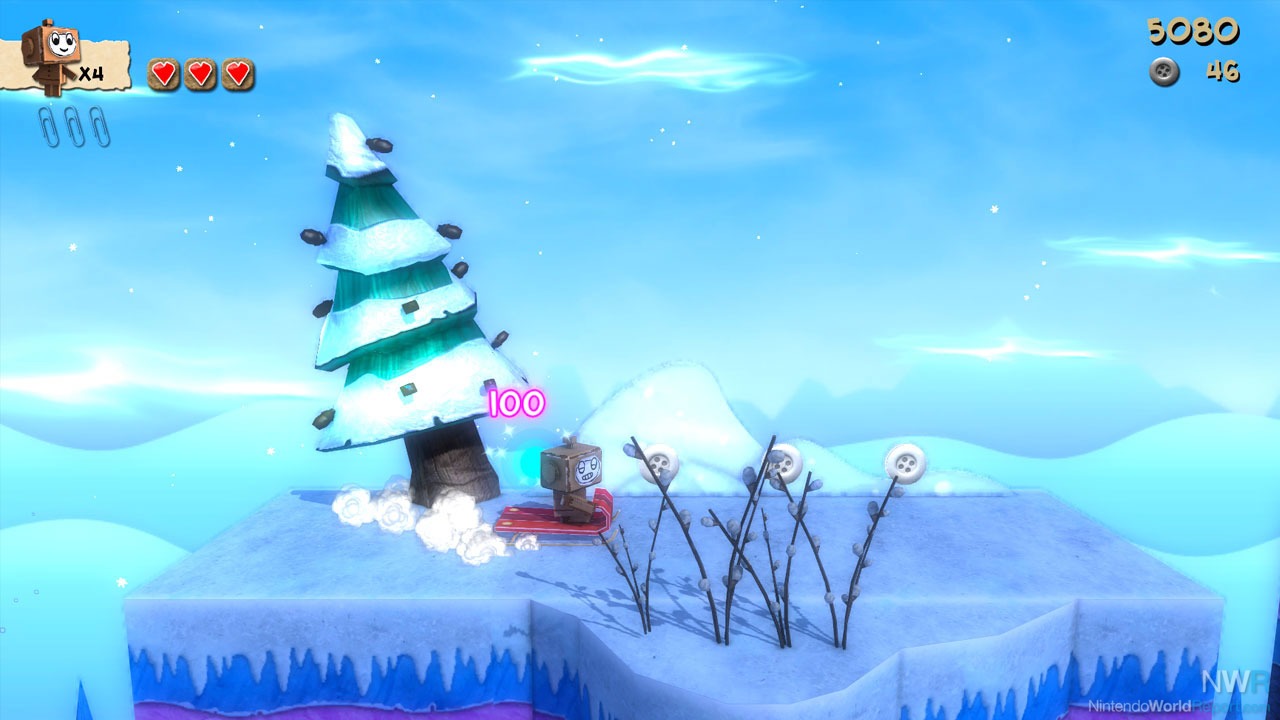 The hero’s actions are very straightforward: run, jump or double-jump. Enemies are killed by jumping on their heads, though there are some spikey foes that cannot be killed. It’s very simple to pick up, but it becomes challenging soon through clever level designs that push players to strategize if they want to get all the points. Gameplay can shift at times to cute touches like controlling a submarine though an underwater area. At times, levels will switch from the foreground to the background by jumping through large pipes, an element that is used quite well, sometimes serving as a sort of dangling carrot such as when a golden paperclip is prominently displayed just out of reach in the background.

The GamePad functions mainly as a menu and shows level stats. Thankfully, it also utilizes fully off-TV play, which is a nice addition for an eShop title.

The length of the game is pretty satisfying, with several worlds to explore and hidden levels and mini-games to unlock. The only drawback is that the boss battles feel too short for the amount of lead up and challenges of the previous levels. The music and sound effects didn’t stand out, but also didn’t detract from the game either.

This expanded mobile game shows off some hard work really well spent by Mobot Studios. It’s not the most innovative gaming experience out there, but the beautiful aesthetics and clever level designs really push the title to the top of its class in the eShop.

Yeah, I was surprised of the quality of this game. I'm not too hip on the mobile scene, despite owning an Android tablet. Anyway, Paper Monsters Recut had a lot of nice ideas, smartly hidden collectibles, and a really charming presentation. Like you said, though, the boss fights leave a lot to be desired. Also, the level with the pyramids has severe slowdown.