At an event in 2013, I got to check out a little Metroid-inspired platformer called Teslagrad. Its magnetic polarity-focused design immediately hooked me in, and I anxiously awaited its final release. Well, an entire year after that demo, Teslagrad is finally out on Wii U. Thankfully, the game still managed to capture my imagination just as much as it did at that first glance despite a few oddities along the way. 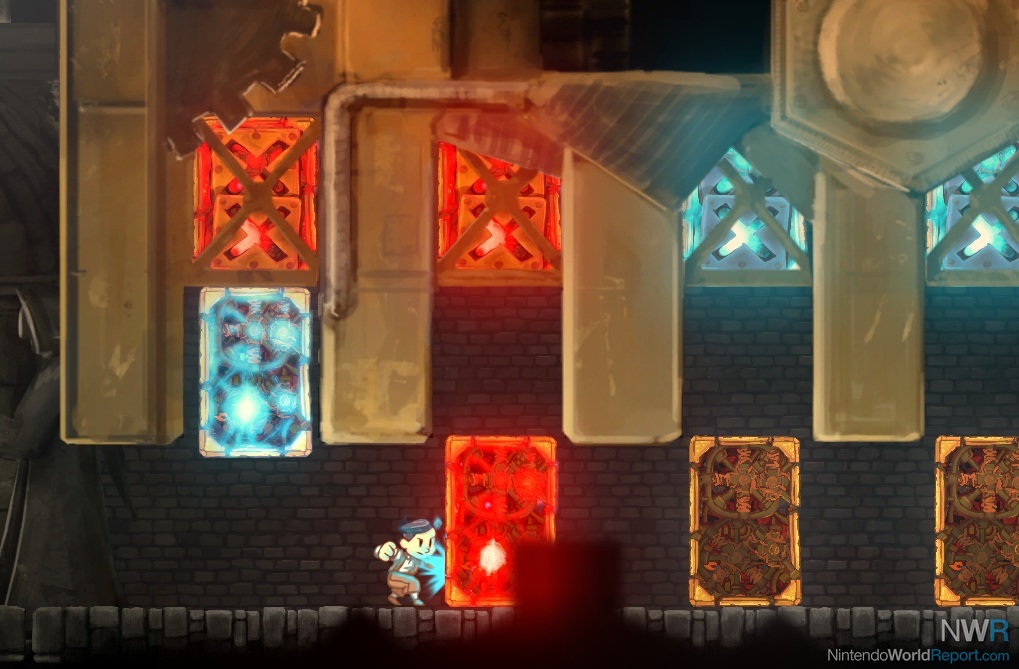 Teslagrad’s story is one of its most interesting parts. You play as a boy who finds his way into an abandoned tower, filled with mysterious machines and creatures. While inside the tower, you encounter numerous allusions to the tower’s history, as well as the nation’s former ruler. All of this is told without the aid of written dialogue or voice acting, making the general atmosphere that much more unsettling and intriguing, especially when it has a fitting hand-drawn, dark, old-European art style. Where most games would interrupt the flow with cut scenes, long-winded exposition, or hidden journals and diaries, this game gives you the option to piece together what happened yourself, giving you just as much information as our hero. I personally found this method of storytelling extremely well executed, and made me more invested in the game as a whole throughout its six-hour playtime.

The gameplay is simple yet complex at the same time. It’s a Metroid-inspired platformer, but instead of various weapons and upgrades, you come across a few different polarity-manipulation devices, such as magnetic gloves and force fields. These allow you to reverse the magnetic polarity of different platforms and blocks, allowing you to traverse various rooms and defeat enemies. These items also allow you to float and glide against magnetically charged pads as well as stick to various platforms and ceilings, making the platforming segments more than just moving boxes around. All of these powers are extremely fun to use, and they work quite well for the most part. The later areas get complex, requiring very precise platforming that is hard to execute with the unpredictable physics. It’s a challenge to pull off the right combination of moves at the right time to the point of frustration. 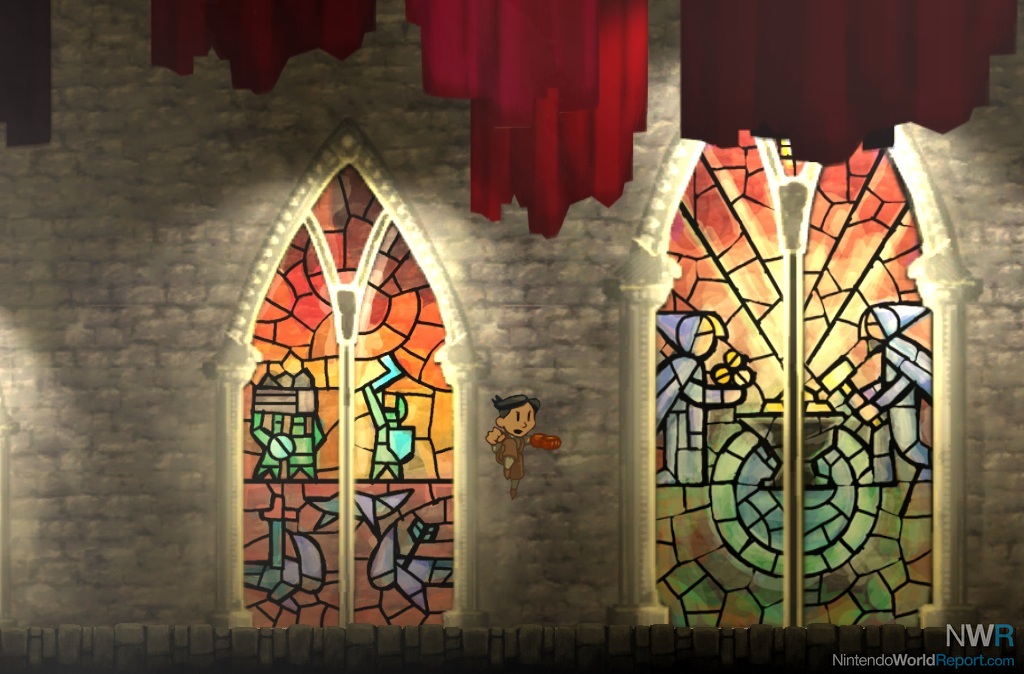 Speaking of the difficulty, Teslagrad is very, very tough. You have unlimited lives, so there’s not too drastic of a punishment for dying, but it can be annoying at times. If you get hit once, you’re dead. No life meter, no health shield, nothing. This can be extremely frustrating during boss fights, as you have to start right from the beginning of the fight the moment you take damage. This isn’t too much of an issue against the first boss, but as the game went on, I was extremely close to throwing my GamePad right out the window.

The GamePad provides Off-TV Play with a simple press of an on-screen button, but other than that, its usage is limited to your hidden item collection and a map. The map shows you your general location, but not a precise one, making it very difficult to navigate some of the larger rooms due to the inability to pinpoint your exact location within them. 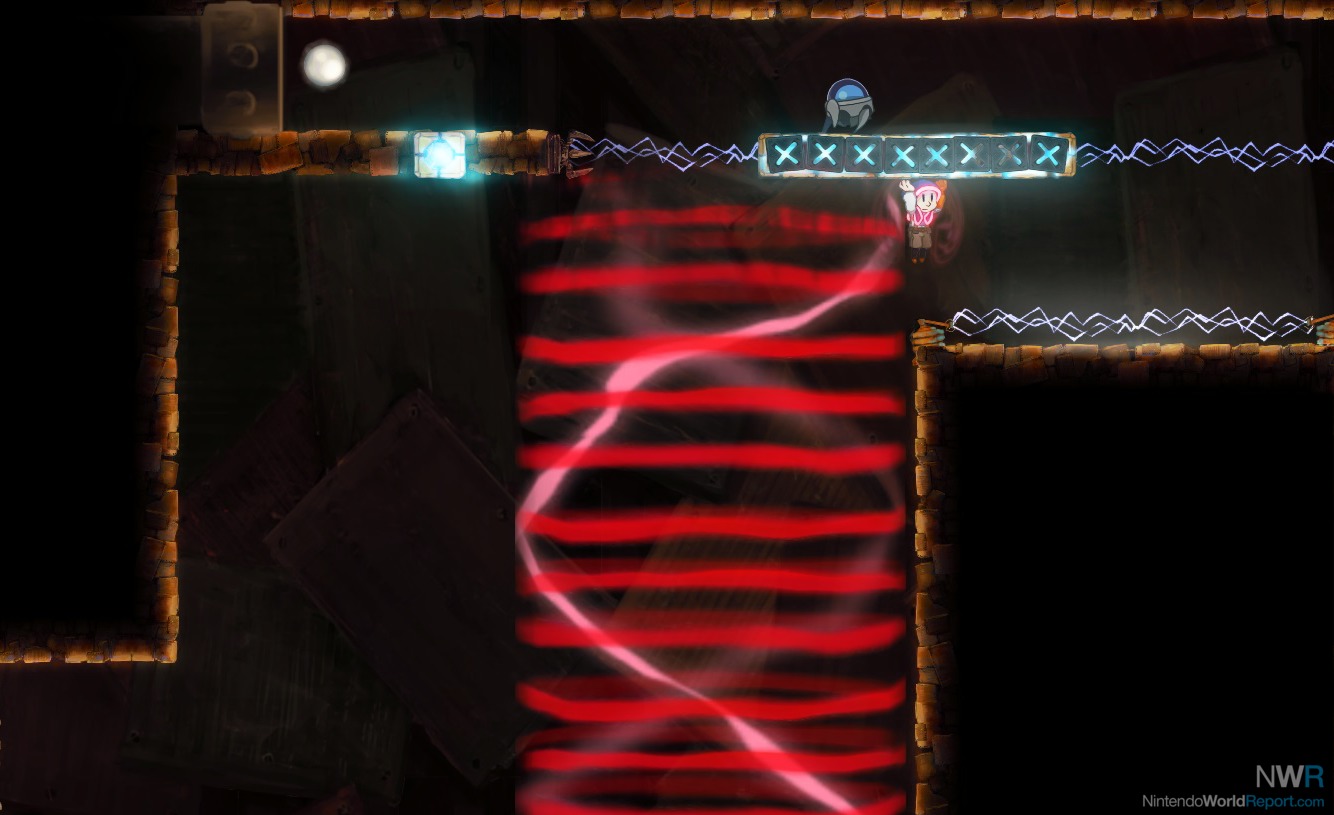 Even with its frustrating parts, I still enjoyed my time with Teslagrad immensely. If you're hungry for a moody, isolation-themed platformer on the Wii U, this is definitely the cream of the crop. Teslagrad may have been a long time coming on Wii U, but it was worth the wait.