Wait, what? There is an all right Transformers game? Did it come from Cybertron?

Activision is not usually known for quality when it comes to their licensed software. A quick look at the recent Transformers games on Nintendo systems is a clear warning to be wary of any future licensed games from the company. That’s why Transformers: Rise of the Dark Spark on the 3DS comes as a surprise, because I feared the worst. While the worst might still hold true for the console release, the Nintendo 3DS version took a unique approach. Instead of heavy real-time action, developer WayForward crafted a light turn-based strategy game that is delightful at moments, making for a surprisingly good time. 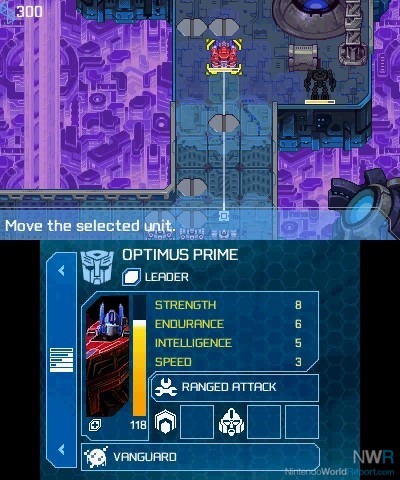 From the outset, it is clear that it was made on a budget. Rise of the Dark Spark follows the same storyline as the console game with static imagery doing all of the storytelling. It follows the simple guidelines of good versus evil. You do, however, over the course of the 32 missions, see the story through different perspectives, playing as both Optimus Prime and Autobots and their sworn Decepticon foes.

The threadbare story aside, the gameplay is the star, even doing a few things that make it stand out from the turn-based strategy pack. You move across a grid-based battle map where you take turns, interact with objects, pick up items, and ultimately defeat enemies. The battles are where things get interesting. When two opponents clash, they enter a 3D-rendered world to duke it out for three rounds in an RPG fashion. It’s all focused on selecting the right attack at the right time to defeat your enemy, while dealing with the limitations of more powerful attacks needing time to recharge.

The missions feature a variety of objectives that help add to the experience. By scouting the map or completing objectives, you can unlock special weaponry for your Transformer team. As the Transformers don't really gain experience, this is the only method of becoming stronger. These upgrades are only for the specialist robots such as Bumblebee or Optimus Prime, though; the regular old grunts will simply unlock more move slots as the game carries on. In that sense, you are never truly unbeatable, creating more than a few tense moments. It does drag at times, especially early on when it is a little too easy. The difficulty level thankfully ramps up over time. 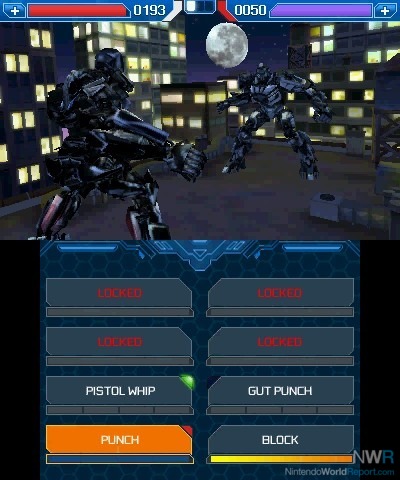 While the gameplay is fun, the visuals have moments where they are quite rough. The battle maps, while a bit generic at moments, feature colorful sprite art. On the flip side, the 3D battle environments are muddled to the point where you can’t really tell who fighting at times. The art style of the Michael Bay films is dominant, which doesn’t look awful, but I personally prefer the original designs of our metal heroes. The soundtrack isn’t memorable, but the sound effects and voice acting are top notch. It is fun to hear the bleep-bloops from Bumblebee and the classic Transformers effects blasting through the speakers.

Transformers: Rise of the Dark Spark mostly just delivers a light-hearted turn-based strategy game that keeps you engaged for the story’s 32 missions. What is here makes for a good time, despite its flaws in the presentation and the overall structure. WayForward has done an admirable job making the Transformers tick on a turn-based battle map. While there are better strategy games on the Nintendo 3DS, if you are thirsty for more, there is nothing wrong with a little Transformers sip this summer.

This isn't a bad game, but it I still feel the ball was dropped with is one. It's still fun to play and easy to enjoy it, but I think it would've been better if it was like played like Transformers Prime. I don't think I'd give it a 7, maybe a 6 though.