Badgers are flung into space in an unpolished, uninspired clone of a game we all know.

Looking at the cartoon styled badgers in space suits accompanied by a beefy theme song on the title screen of Gravity Badgers, gave me hope for his title. It looked like an action cartoon from the eighties, the ones that ran on Saturday morning. This feeling quickly went away when the actual game started. 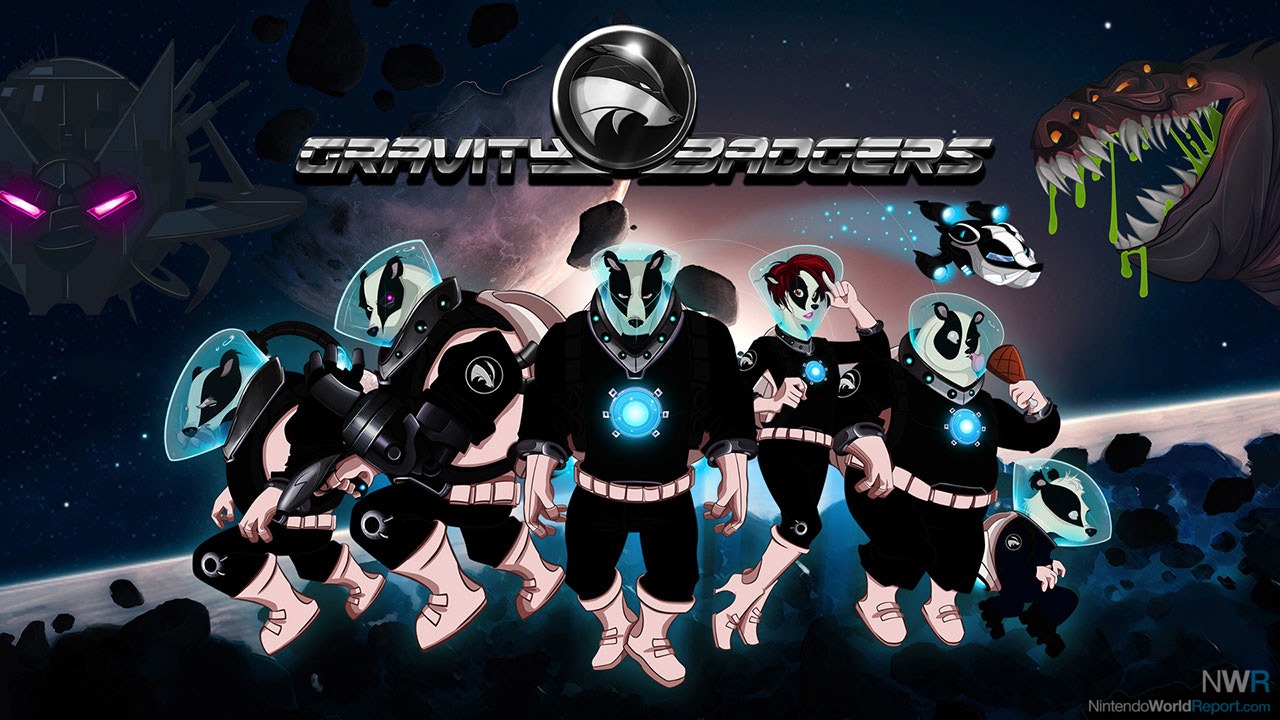 In a thin story, mostly portrayed by a static image in the line of the title screen, I turned out to have taken on the role of Captain T Bayback. He’s a on a mission to rescue his family, friends, and the rest of the universe from a pack of evil honey badgers called the Hellsett. As the camera glides over the beautifully painted artwork however, not much of this story is explained. At times, you run into other badgers whose dialog is so poorly written that it didn’t hold my attention to the story line at all. Include a couple of bad puns and none of this supposed epic battle will stick. Not that this would matter, as players most likely won’t remember much of the story of Angry Birds either.

Bringing this game up isn’t a coincidence as the gameplay of Gravity Badgers closely resembles Angry Birds. By pulling the badger back and releasing it, it floats through space following the trajectory to hit the green wormhole. Much like Angry Birds Space, the gravitational pull of planets is used to guide our hero to the goal. Some planets push our badger friend away, whereas others pull him towards them. But where Angry Birds managed to give a great feeling of control and accomplishment, the gameplay of Gravity Badgers feels more like hit and miss in order to succeed. 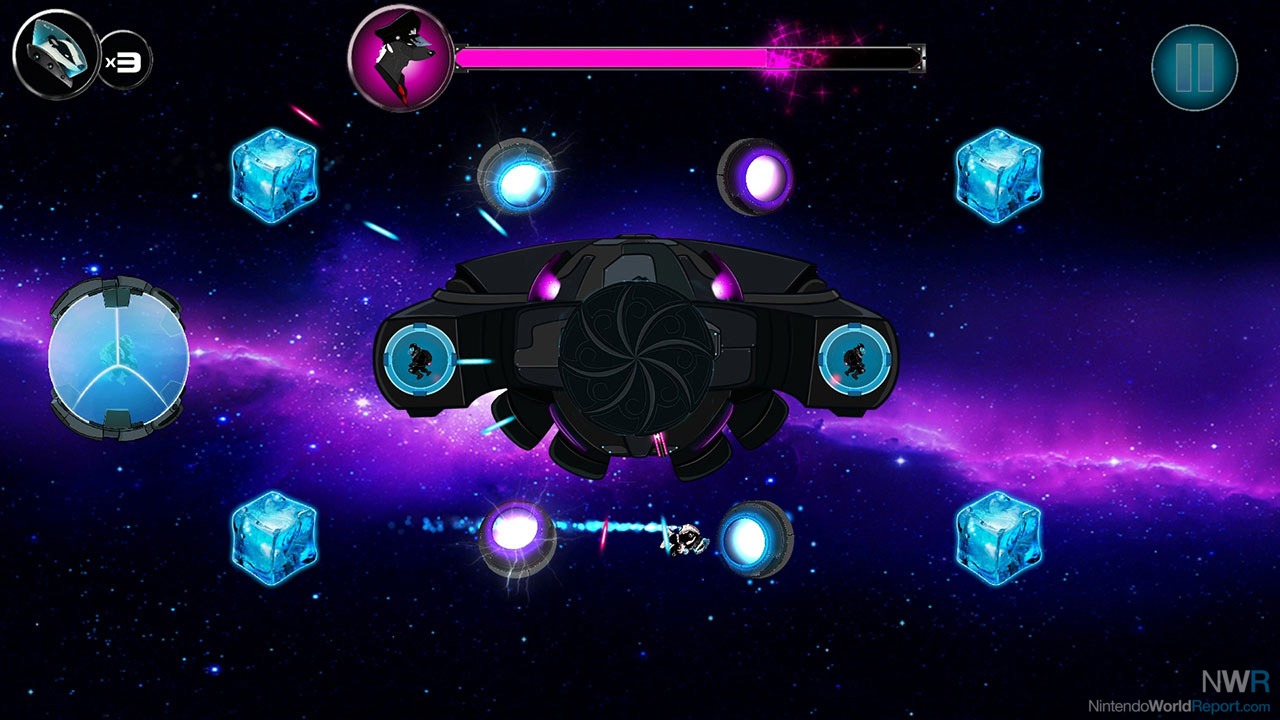 Over the course of 140 levels I kept launching the badger, crashing into a planet, slightly adjusting the aim and trying again. I rarely had to tone down the force behind my badger launch; full speed usually got the job done. If the level wasn’t beaten instantly, I would restart, try again, try again and beat it. Never spending more than two to three minutes in a level made me feel like I hadn’t accomplished anything. Gravity Badgers just goes on doing the same thing over and over again. Even with some retries there still didn’t seem to be much challenge in unlocking the chapters. Near the end things got tougher with a few enemy monsters and moving targets to dodge, but a feeling of reward was nowhere to be found.

Every level contains three yellow orbs, which can be collected for a three star rating at the end of the level. There is no actual benefit for collecting these and the main point seems to be to show your score to friends. Players can unlock every level in the game without ever getting a single orb. Wouldn’t this have been a great way to get players more involved? Incentivise gamers to get the most out of a level before you let them through? Gravity Badgers does no such thing, which feels like wasted potential. 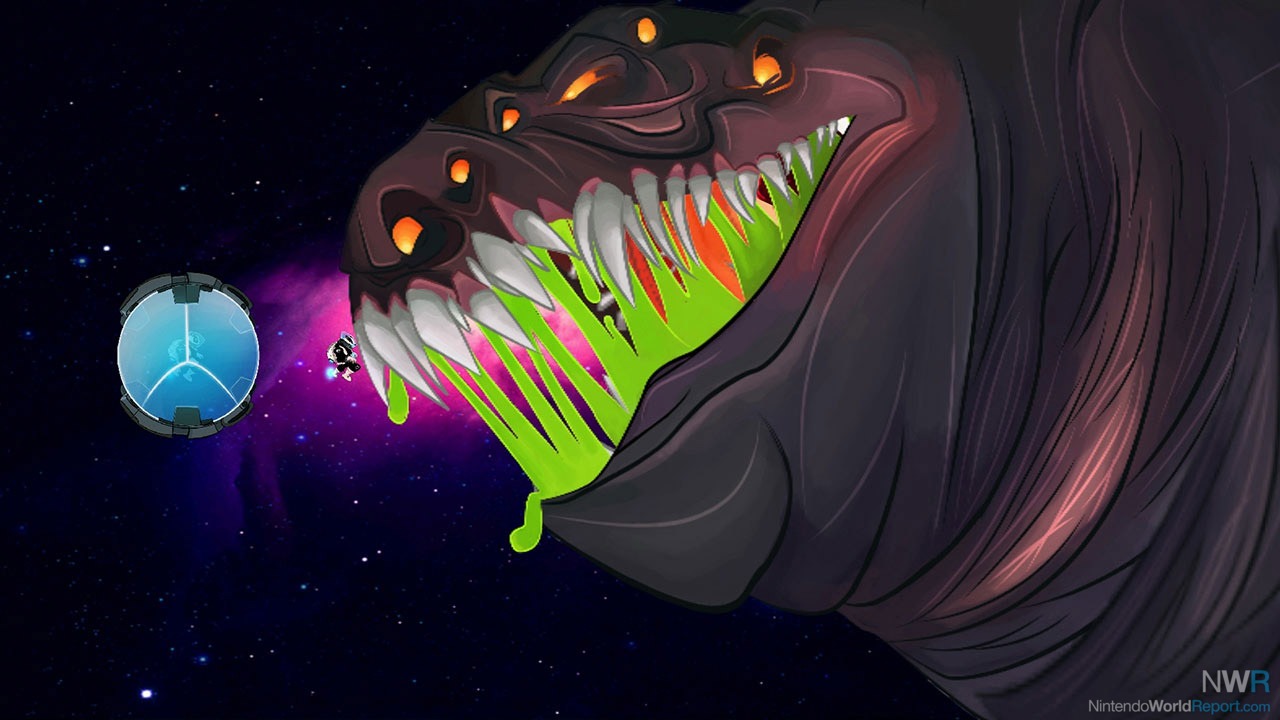 At the end of each chapter I got into boss fights, which seemed promising. An evil badger mounted in a giant robotic device, starts firing lasers at our heroic badger. Defeating him could have been done in so many exciting ways: slinging planets or stars into him, making the evil badger follow the player and crash into the scenery or some explosive for example. Instead, every boss battle consists of avoiding the lasers until his constantly depleting life gauge is empty. Utter disappointment.

Presentation wise, Gravity Badgers feels barren. With the dark backdrop of space and only a few colourful planets and enemies in the static playing field, not much is happening on screen. The enemies and badgers themselves aren’t animated at all, they just glide over the screen. After the cool theme tune it turned out that looping music in the levels itself is far less impressive. On top of that all sound effects and music come from the TV and not the Wii U GamePad. This makes the off-screen play function of the game even more lacklustre than it already was. Controlling badgers with the touchscreen works alright as does the control scheme utilizing the sticks and buttons. I say alright, as I’ve managed to send of many badgers to their untimely deaths by the controller not understanding my input and firing in the wrong direction. Gravity Badgers’ pacing could also have been better. Misfiring—especially when fired too slowly—and watching the badger follow the trajectory, clearly missing the target is frustrating. There is retry button, but getting to it is a hassle and too slow to keep you shooting of badgers into space contently. 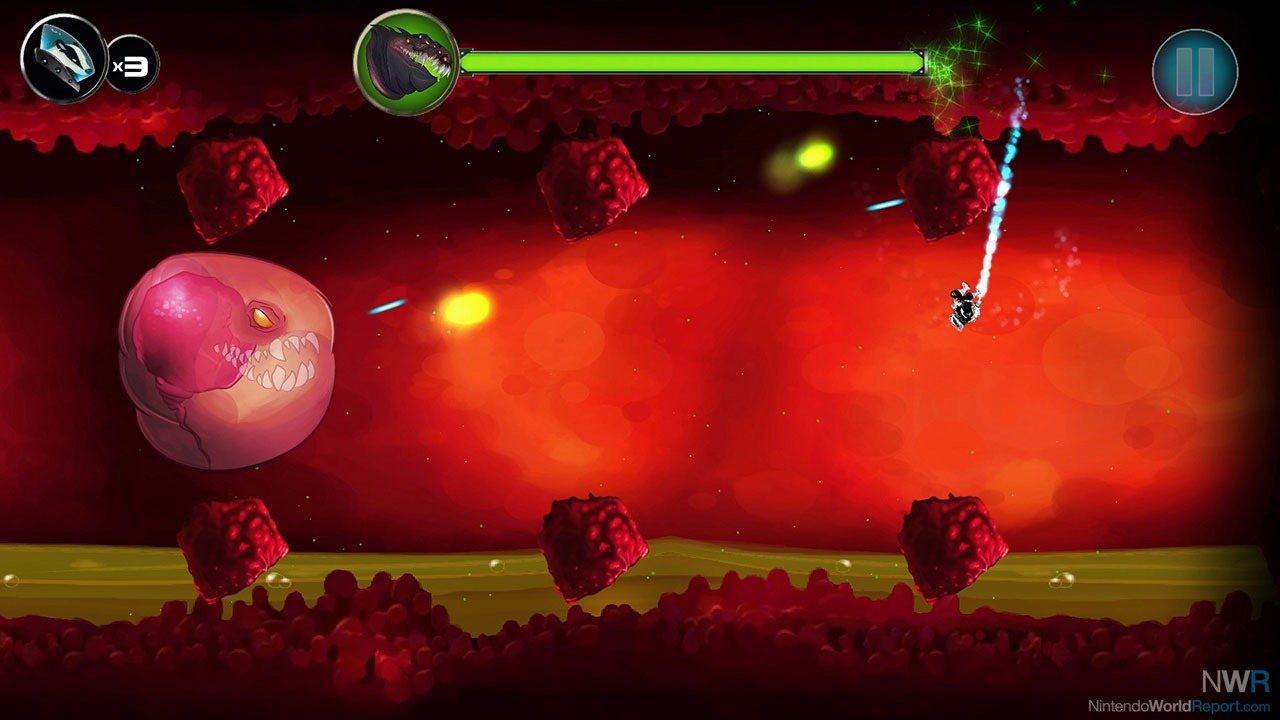 The concept of badgers in space suits fighting evil seems promising, but Gravity Badgers ends up being little more than a poor Angry Birds clone. The gameplay is repetitive, without much of a challenge and the visuals feel barren and uninspired. I played my way through the levels without ever feeling good about it. Gamers looking for an interesting physics-based puzzle game for Wii U are better off getting the Angry Birds Trilogy.