This somewhat unique platformer offers a lot of challenge but falls short in some other key areas.

It’s essentially a platformer without a jump button. The catch is that players don’t need one, because the bunny is bouncing at all times. The strength of his jump is determined by the type of platform he’s most recently touched. 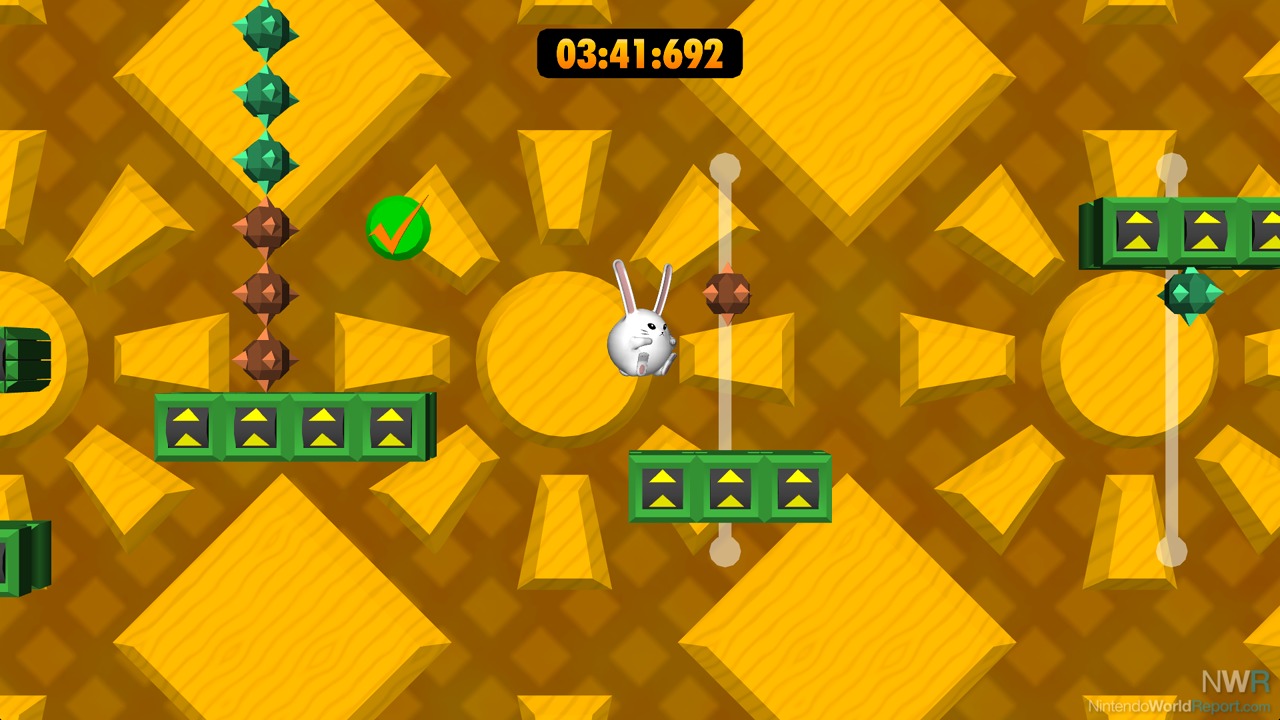 That the player can never truly sit still gives the game an anxious quality. Chubbins embraces this, presenting a series of demanding levels requiring precision and patience to overcome. The levels are well constructed and riff admirably on the game’s simple mechanics, making good use of a very limited array of obstacle types.

The levels are generally brisk and linear. They can also be quite challenging, and there’s a significant uptick in difficulty beginning in World 3. Some of the more sadistic sections can be maddening due to a lack of checkpoints, and there’s no way to save within worlds. So it’s necessary to finish the whole eight-level set in one session or start from scratch. This makes starting out on Hard mode a tough sell due to how frustrating the incremental progress toward a perfect World run can get, yet playing through with training wheels on the too-easy Soft mode as a rehearsal saps the feeling of accomplishment that can come from finally conquering a demanding challenge. 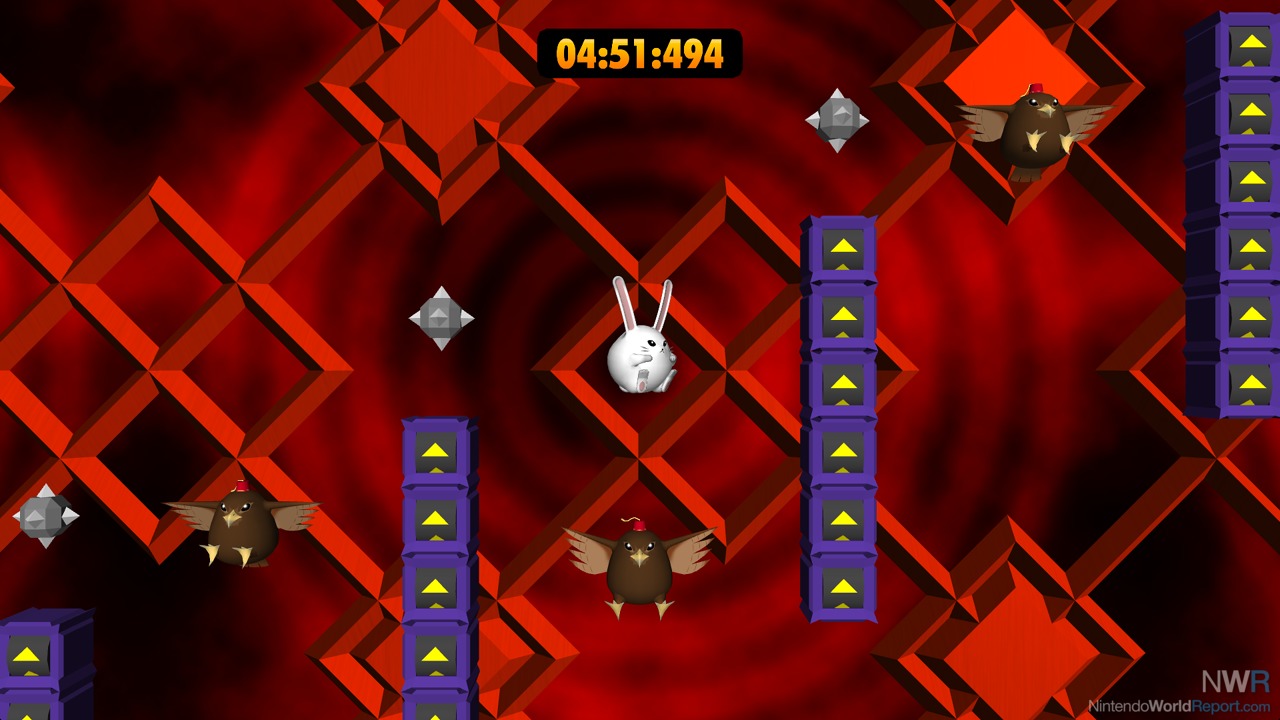 So it feels like the game never really nails down a good balance of difficulty, one that feels properly rewarding and doesn’t tip over the edge into frustration. The relatively small number of levels and their brevity lend significant emphasis to the idea of replaying them to perfect one's skills and set new records for fastest completion times. To that end, there is a timer for each full World playthrough and a Time Attack mode for individual levels, but without online leaderboards or some in-game reward system this aspect of the game rings a bit hollow.

It doesn’t help that there is no presentational panache here at all, as story and aesthetic ambition are eschewed almost entirely. With little in the visuals to recommend it, no narrative throughline propelling it along, and no exploration or unlockables, Chubbins feels lacking in personality.

That’s something that could have gone a long way in making some of the game’s more clunky and frustrating elements a tad more palatable. As it stands, Chubbins ends up a niche title for those seeking a somewhat unique and demanding platforming experience with no frills.