Get your 3DS cameras out and make sure the area around you is clear, because the Denpa Men are back!

If you normally pass by eShop only titles thinking you won’t find a full experience, don’t give The Denpa Men 3: Rise of the Digitoll the same treatment. This $9.99 Nintendo 3DS eShop title offers plenty of game, all wrapped in a bright, charming package. However, don’t be fooled by the bright colors and cute characters, this title has many game design elements in common with early console RPGs that may make this title unapproachable for many.

You play as random Denpa Men which have different colors and names in each game. Denpa Men are these small guys who “live among radio waves” and look like the offspring of a Mii character and a Pikmin. While on your quest you play an augmented reality game to catch more of these little guys and gals to join your party. 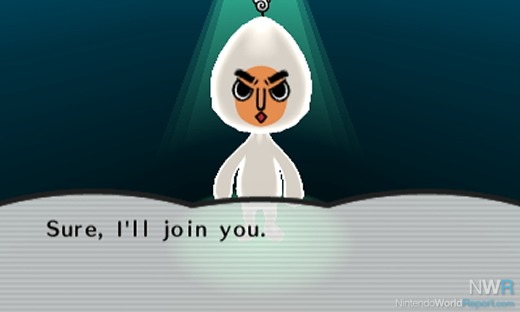 Each Denpa Man has a colored or patterned body which affects the strengths and weaknesses of that particular Denpa Man. Denpa Men can also grow an antenna that gives them special magic abilities, variations of elemental attacks, healing abilities, and other battle commands. A few hours into the game you’ll be able to have up to 8 Denpa Men in your party; there are plenty of party combinations you can come up with. You will also be able to find items in dungeons or shops to further customize the stats of your party. While this amount of customization may satisfy RPG fans who love to tweak with their party’s stats, it could be off-putting to those who are new to the genre.

Unlike many RPGs, Denpa Men 3 gets you in in the action quickly. You will be catching your first party and heading to your first dungeon not long after powering on the game. I loved Denpa Men’s early stages. It progressed well, offering fast travel options between key areas very early on. A few hours later, however, the pacing in the game started to drag me down. There are no random battles in Denpa Men 3; instead, enemies spawn directly on the map, and there is no real option of running away on the map itself. Once you have eight Denpa Men in your party, the battles begin to move extremely slow. While in a battle you have the option to choose from several battle strategies, such as using magic abilities, using all physical attacks, using mostly healing items, and more. Battles eventually became a ritual of mashing the button over and over again while slowly watching the same animations over and over again. Getting from one part of the world map to another seems to take an unnecessary amount of time due to the frequent and slow battles.

Adding to this frustration are the dungeons. Make sure you save often in them. I managed to spend about 45 minutes working through a dungeon only to fail to the dungeon’s boss after a long battle. Since I did not save my game, I had to recapture my Denpa Men and replay through the dungeon.

The game’s lack of a compelling story is another factor that slows progression. The plot of Denpa Men 3 is that your hero is looking for his lost friend. While the story does develop throughout the game, this unimaginative story line does not make getting through the long battles any easier. 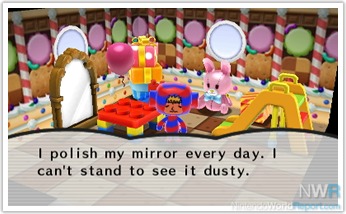 Where this game truly excels is in its surprising amount of side content. Besides the main quest, you can take your Denpa Men fishing and gardening. While out on your adventure, you can acquire home items for your Denpa Men’s houses. The amount of Denpa Men you can have in reserve at one time is dependent on the number of homes you have acquired. However, using items you have found throughout the game makes working on your Denpa Men’s homes an exercise in collecting and creativity rather than just a utility. You can also easily take photos of your Denpa Men using the L and R buttons and save them to your SD card.

In addition to this content, the ability to battle other players’ Denpa Men online returns from the second game. The online play is asynchronous, and while it is not as exciting as online multiplayer it is still fun to test your party against other players Denpa Men. You can also share Denpa Men with other players using QR codes.

While The Denpa Men 3: Rise of the Digitoll may not be a great fit for everyone, it is an excellent title for fans of the series and of older RPGs. The game’s whimsical and colorful presentation is a unique shell for a full featured RPG experience. While the more frustrating points of the game may turn away those looking for a more streamlined experience, the amount of content here makes Denpa Men 3 a great value for those who feel up to the challenge.