Everything is (almost) awesome.

First there were Lego toys which were used to play games, then came a crazy awesome movie, and now a pretty awesome game, of the video variety. We have come full circle. While the Lego Movie Videogame doesn’t exactly break new ground it does provide a fun take on an old formula with a great cast of characters and a fantastic amount of gameplay and unlockables. 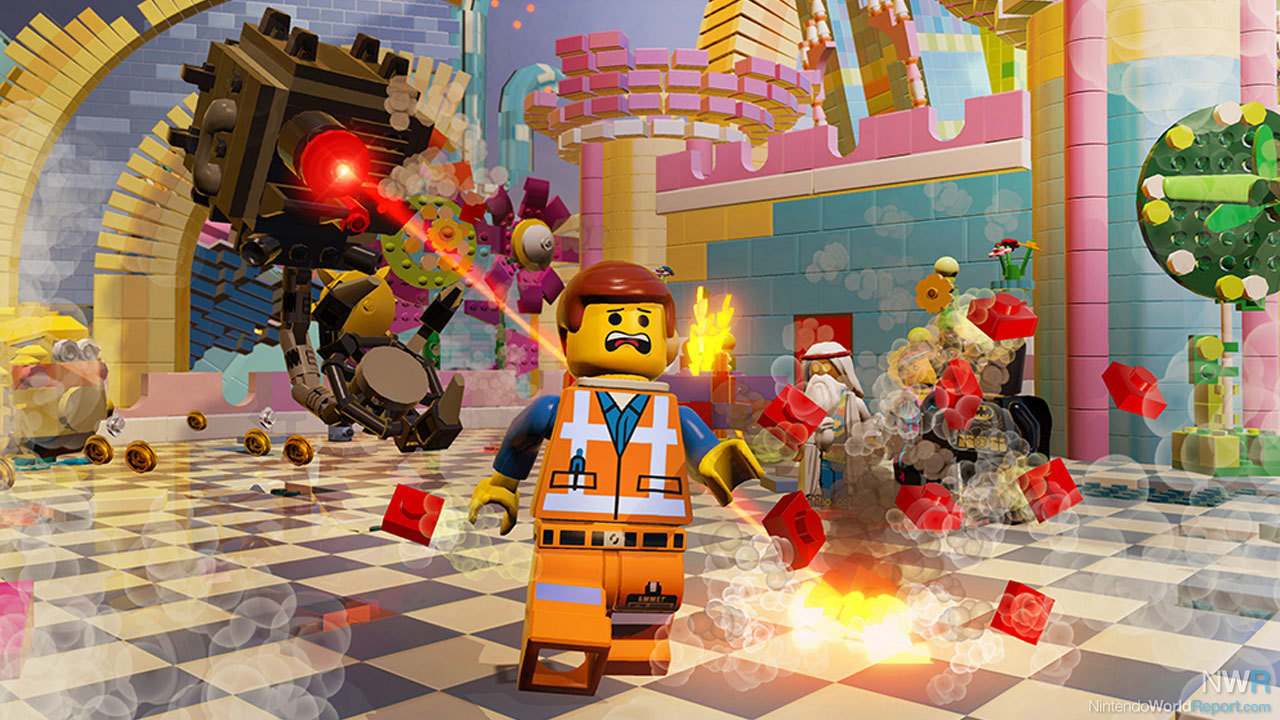 In case you missed the movie, the game revolves around Emmet Brickowski, a completely average construction worker who is unwillingly thrown into an adventure to save the entire Lego universe with a team of eccentric Master Builders. The game includes frequent cut scenes from the movie and explores the rest of the story through fifteen chapters that act as a sort of extended version of the film, transforming even short moments into mini-adventures.

While players start out as Emmet, new characters are added to the roster, each with unique abilities. Switching between characters is integral to solving most puzzles and advancing through levels, which is a quick and simple process that doesn’t stall gameplay. The characters are perfectly balanced and provide helpful tips as well as hilarious commentary at times. The original cast returned to voice their respective characters, creating perfect moments unique to the game. Utilizing Vitruvius’ “blind faith” ability while Morgan Freeman calmly denies the obvious dangers around him is fantastic.

Sticking true to previous Lego titles, gameplay follows a bit of light puzzle solving combined with beat-'em-up, and platforming elements. The game sometimes cuts to one of two special mini-games when a large object is being constructed using Emmet’s instruction manuals or when Benny, a 1980-something space guy, hacks into a computer. The instruction manual game is a simple race to choose the correct Lego piece highlighted in the manual’s picture with the monetary reward lessening every second. Benny’s hacking mode resembles a classic Pac-Man layout, and can virtually be played forever if you ignore the area’s goal and focus on collecting the ever-replenishing supply of the game’s stud currency. 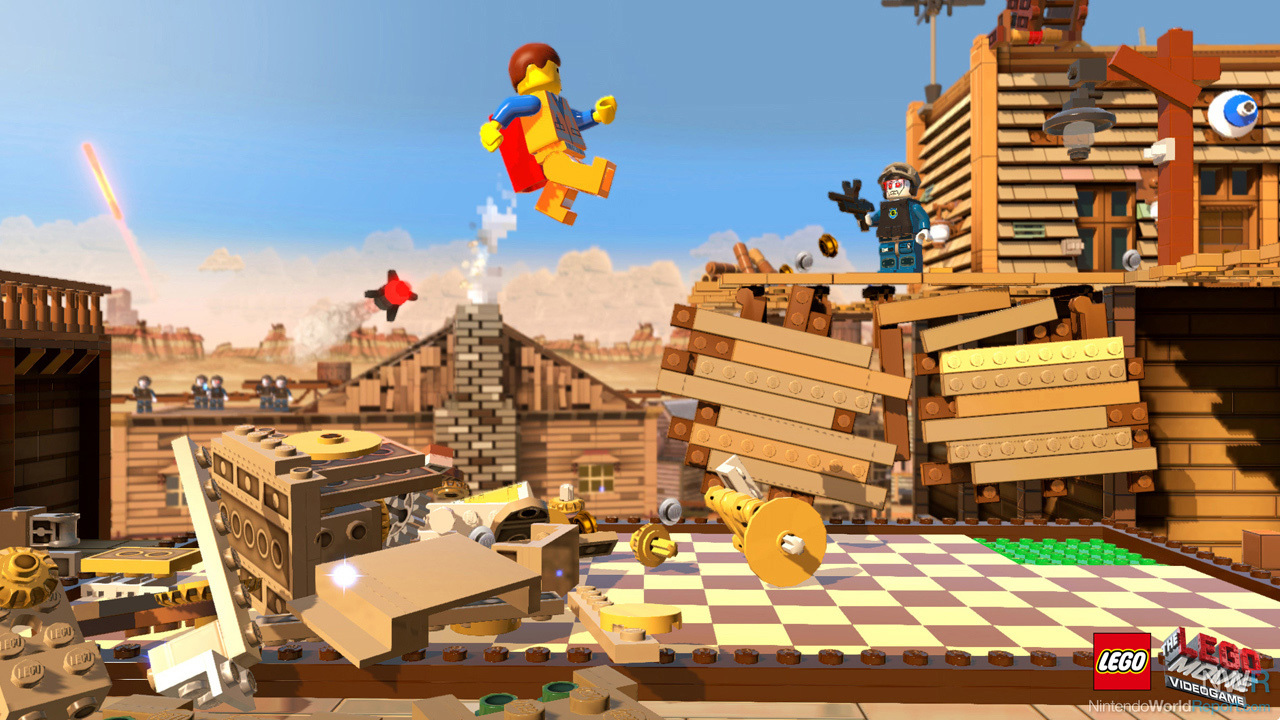 Levels are pretty linear, but some exploration is needed to collect hidden objects and studs, which are used to buy the rest of the ninety characters not unlocked during normal gameplay. In between levels are small open world locations that act as a hub for revisiting the various levels based on that location, for example, Bricksburg and the Old West. These hubs feature an insane amount of stubs to collect, short side quests to complete, and hidden objects to find. Unfortunately, load times between levels and hubs can seriously slow down the game at times, and the loading screen isn’t extremely interesting to stare at in the meantime.

The Lego game thrives off of the power of replay. The game itself is of moderate length, but most collectables require characters not obtainable until the end of the game. For example, there are a ton of gold bricks scattered throughout the game, and only Superman can melt them. Completionists, let the games begin. Hidden instruction manuals unlock features of a special bonus room that allows players to build classic Lego buildings and vehicles.

Unfortunately, the game is not without a few glitches. It is possible to get a character stuck on an object or area at times, which is rectified by switching to another character, since switching doesn’t transform the selected character, but rather switches a player’s control over to where the other member of their team is hanging out. Instructions for which buttons to press for players to interact with objects can also be confusing, as it’s not always clear whether a button should be held down, rapidly pressed, or merely pushed once. It should be mentioned that the small instruction manual mini-game is extremely sensitive as you scramble to choose the right piece, creating a frustrating experience as you race against the clock. The drawbacks aren’t deal breakers however, but rather are unfortunate distractions that can break up an otherwise solid game. 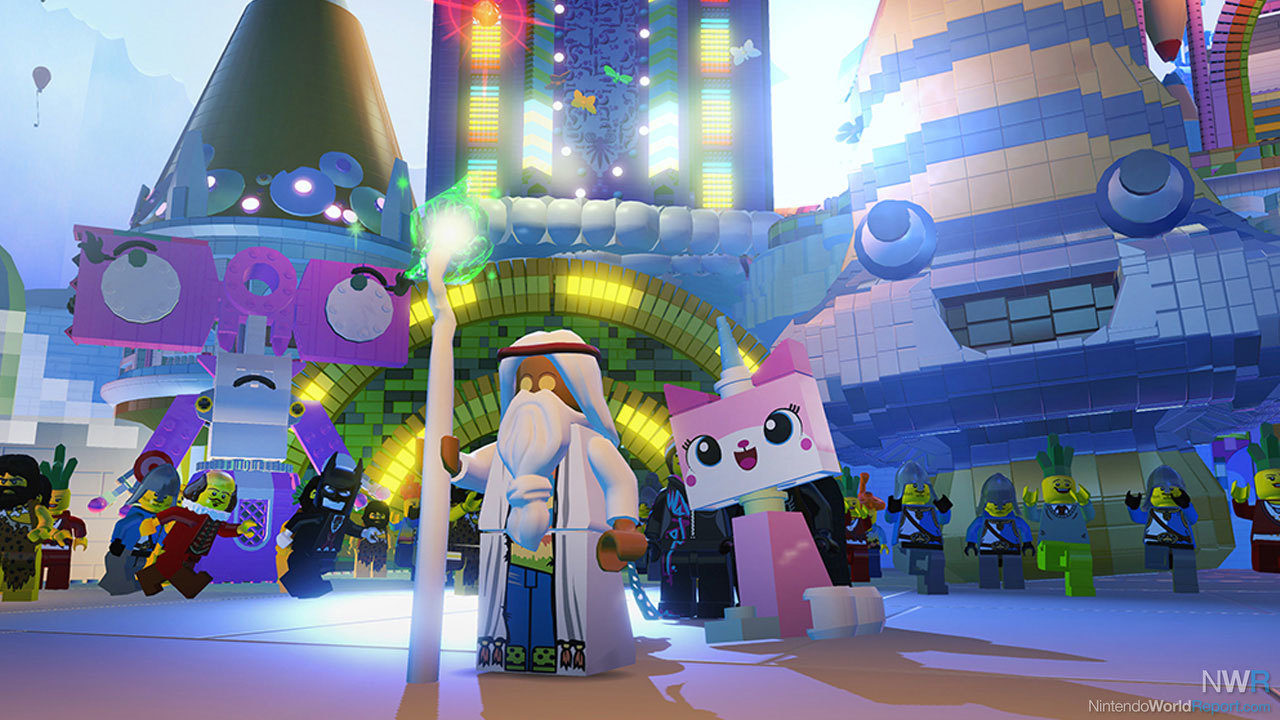 One fantastic perk is the use of a local second player. With such a large team available to players, the game could have benefitted from a larger use of multiplayer, but two-player is enjoyable nonetheless and helps the game flow more smoothly as players can work together and switch between characters less frequently. Players can utilize either split-screen mode to display the differing views, or have player one display their view on the GamePad’s screen. The Wii U controller also enables character selection through the touchscreen, but otherwise is underutilized in the game.

The game isn’t revolutionary, but it’s still loads of fun whether you’ve seen the movie or not. Featuring surprisingly funny quips, elongated use of the movie’s memorable moments, and great replay value, the Lego Movie Videogame is a worthwhile experience. Players of any age will appreciate the charm and effort TT Games put in to the title, balancing accessibility with small challenges.

If you don't pkay this game you might get bricked son. :D

I have this in transit to my local library to try out. I was sort of miffed with Marvel Super Heroes, but this seems much more polished and less frustrating.