While somewhat simple, it is not bad to spend some money on this digital shooting gallery.

With Cocoto Magic Circus 2, Neko Entertainment and Bigben Interactive bring a shooting gallery to the Nintendo eShop on Wii U. The name ''Cocoto'' may put you off as many games of the critter have roamed the shelves for Wii, Nintendo 3DS and now Wii U. Surprisingly enough, there is very little Cocoto in this one and the overall experience is quite surprising. It does have some issues along the way, but it exceeds expectations. 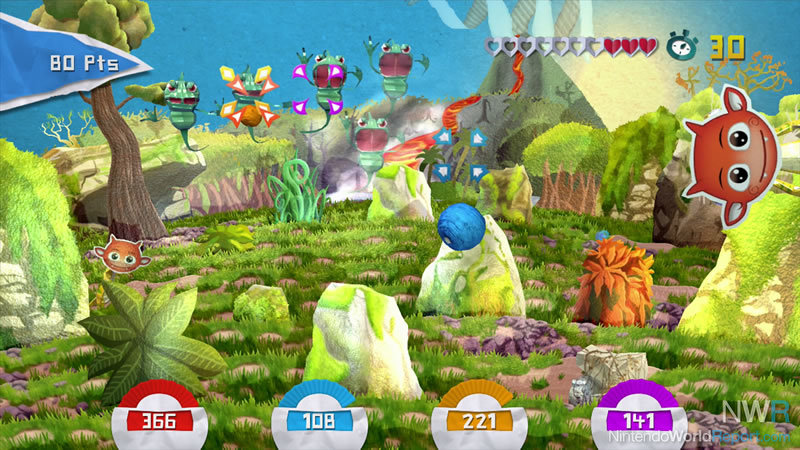 The main objective is Exploration mode where you can explore various stages across five different settings. Your goal in each level is to collect all the special reward stars, which are granted by completing certain tasks. You will have to score a certain amount of points, not get hit, destroy specified targets, and a whole bunch more. To score points, hit enemies in your path and avoid the Cocoto faces throughout the level. Some enemies will try to be sneaky and wear a Cocoto mask, but you will destroy this foolishness at once.

In addition to Exploration mode, there are also Survival and Sudden Death modes. However, these feel quite shallow and simply reuse the levels of the main game. Elements of these modes are tasks already found through regular course of action, making them not very interesting to play through. This makes the game not an extremely long ride, but clearing these objectives will keep you going for a little while longer. The game also suffers from some repetition as the variety of enemies is not extremely huge.

That being said, the game proved to be a blast in multiplayer and it can be enjoyed with up to five players. Four people use the straightforward controls of the Wii Remote, while the fifth player uses the Wii U GamePad. The control mechanism feels a lot like the Takamaru's Ninja Castle minigame from Nintendo Land and with simple taps on the touchscreen you can shoot away at targets. It is surprisingly addictive. 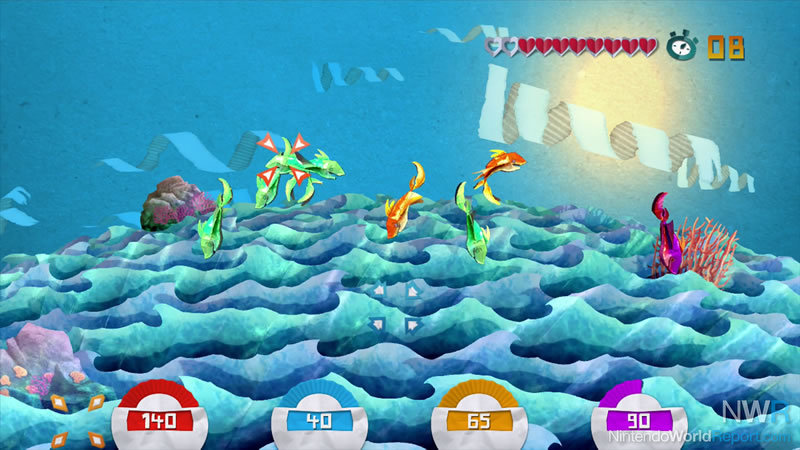 The overall style of the game is seriously impressive! It uses a papercraft-esque style, which is not only lovely to look at, but the visuals effects really make it pop. The way enemies disappear from the screen is cool and the color pallets are just fun to look at. The music found in Cocoto Magic Circus 2 is also surprisingly great with the variation of tunes to back the various courses in the game. The game tries to put you in the right mood and the developer seriously put in some effort.

Cocoto Magic Circus 2 has a lot of good things going for it. The presentation is wonderful, the controls were flawless, and the five player multiplayer make it an excellent party game. There is some repetition however as the enemies are not extremely varied and the additional modes are quite phoned in. While the experience is somewhat short lived, this game certainly fulfilled a niche pleasure.