It's hip to be square.

Edge is unlike any game I’ve ever played. It’s a platformer, but it’s also a puzzle game in which speedrunning is encouraged. The premise is unbelievably simple: you control a glowing cube through gray maze while finding and collecting smaller cubes before ending up at the finish line. Your performance is graded based on time, number of small cubes collected, and how many times you died. That’s it folks, but it’s the details that make things interesting.

You can’t always see every part of the maze so you’ll have to rely on the mini-map, which is displayed handily in the upper-left corner. In order to successfully navigate some levels, you’ll have to rely on your mini-map as much as the main view to collect all the collectibles or find your way through an area. Sometimes your cube will “step” onto a small black switch, which have a variety of effects, although for the most part they redistribute blocks on the playing field. 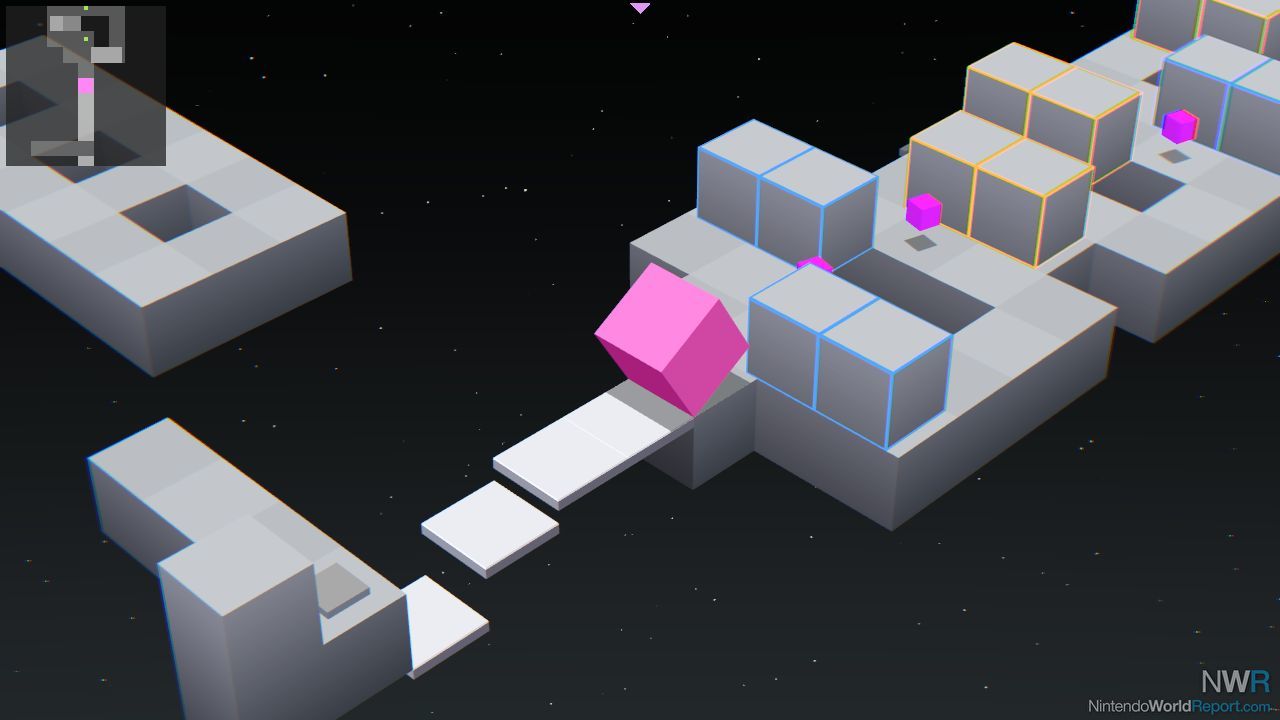 Despite its geometric simplicity, Edge is a very pretty game. While the maps are gray, different shades of gray denote elevation, and while the backgrounds are (for the most part) black, there are streaks of color here and there. Everything that needs to stand out does so unambiguously, which is important. In fact, the simplicity of the visuals is important to the tone of the game. There’s not a lot to distract you while you carefully maneuver through mazes of ever-increasing complexity. Even the controls are simplistic: you move with the left stick and do nothing else. Technically, you can also move with the D-pad, but since it’s an isometric view, the D-pad isn’t all that practical.

It’s also very addictive, which is good because there is no dearth of content here: Edge features a bunch of normal levels, a bunch of “extended” levels (which are really just new levels), and a handful of challenging bonus levels. Completionists will have a hell of a time getting S grades on all the mazes while, for the rest of us, Edge is a relaxing experience that can be played in short bursts on the GamePad, while our wives watch the latest Hallmark Christmas Movie (starring, inevitably, Dean Cane). 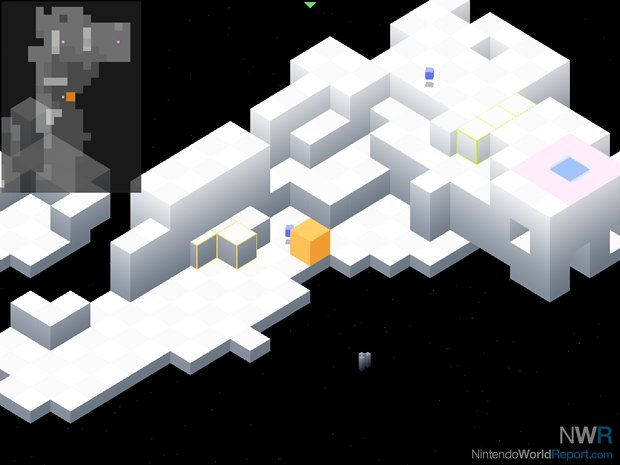 Starring Dean Cane in the role of the cube.

The game does have some flaws. One advanced movement technique has you softly “holding” onto a moving block and then releasing once you reach your destination. This is incredibly difficult to do with any modicum of consistency. It’s the game’s most frustrating type of movement. Also, when within a larger structure, the mini-map doesn’t actually tell you where the walls are, so you have to do a lot of experimentation to get out of the structure. If you’re going for time, this can be needlessly tedious. I also have problems with how exact and perfectly timed some of your moves need to be, but that’s kind of the point: this game is about precision.

I like Edge a lot. It’s addictive and elegant in its simplicity, and the geometric world is bizarrely engaging.

I really liked playing this game, but I do have to agree that the precision to hang onto walls to get to places is a bit annoying.  Mainly because you don't get to stay in a spot long enough to figure out how to hang on there.  For 2 bucks, it's still a steal.

This sounds cool, but is really would have rather had it on 3DS.

I bought this game solely to tick off a trademark troll, but it's a pretty good game. Could stand for more spears, though.

Price isn't a factor in our review process, but yeah, $2 is an absolute steal.

Price may not be a factor in the review, but it is a factor in purchase decisions. I bought Gunman Clive for $2 and loved it for 3 hours till I conquered it and had no regrets. I assume that again for $2 I won't regret this either.
BUY BUY BUY!