Few things in life are certain, but you can always count on death, taxes, and Call of Duty.

For the past several years, Activision has made a killing by releasing yearly iterations of the Call of Duty series. This year is no different with the release of Call of Duty: Ghosts. However, while last year’s Black Ops II benefited from being a launch title on the Wii U, Ghosts has several competing titles releasing alongside it. If you’re a Call of Duty fan, you’ll likely already know what to expect, but if you’ve somehow missed out on the series after all of these years, you may want to beware of Ghosts. 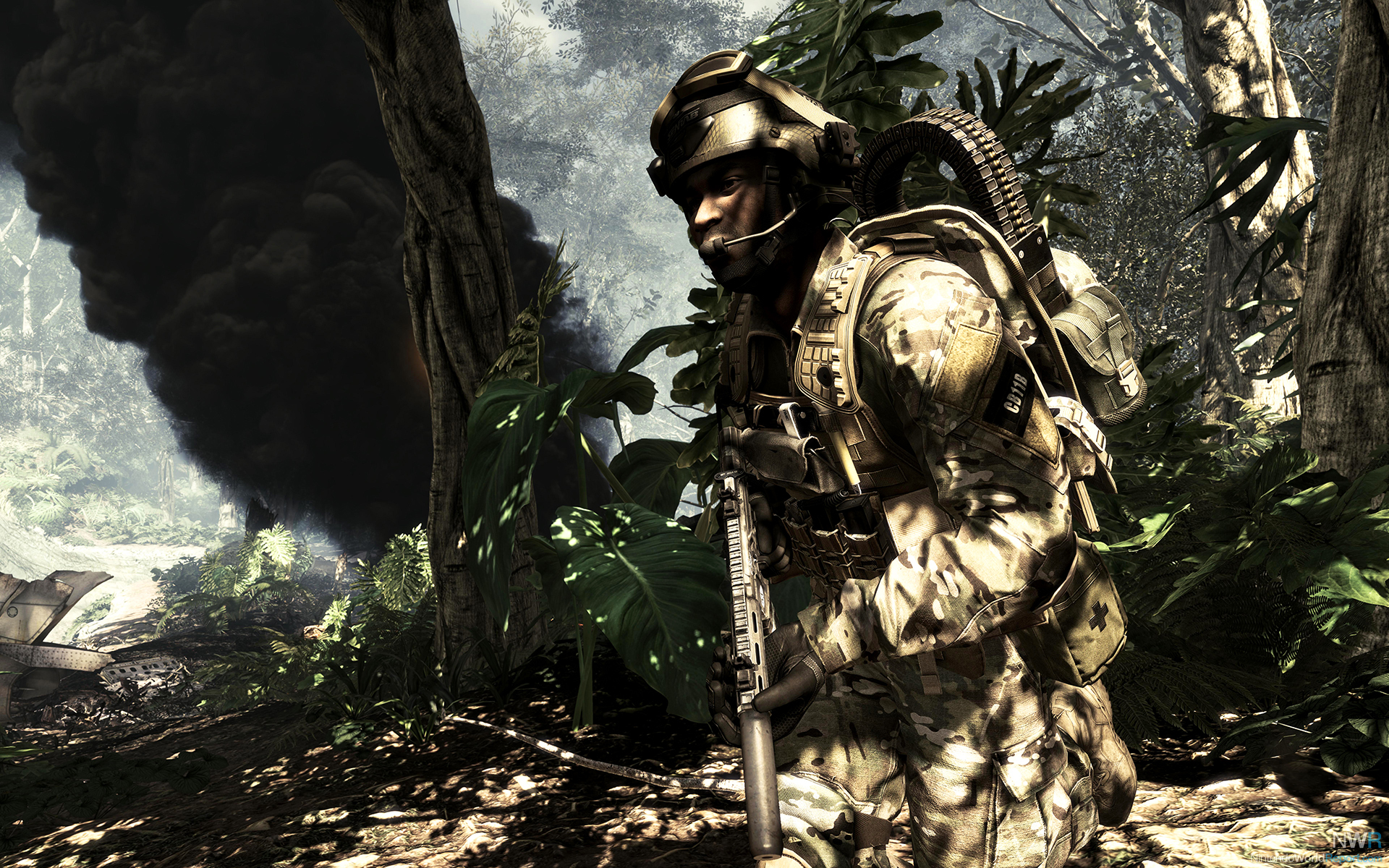 Call of Duty: Ghosts’ campaign opens as you, your bother, and your father frantically run back to your house as tremors shake the earth around you. Soon, however, it becomes apparent that this isn’t secretly the sequel to Disaster: Day of Crisis. It turns out that the tremors you felt were actually caused by an orbital weapon called the “Orbital Defense Initiative,” or ODIN. ODIN has been hijacked by the Federation, a global superpower covering much of South America. Their use of ODIN to bombard the southwestern United States was only the beginning of a brutal 10-year-long war between the two superpowers, a war which you fight in alongside your brother and father.

Nevertheless, the campaign’s biggest issue is its gameplay, not its story; though neither offer any especially interesting moments. Honestly, the campaign would have been better suited as an on-rails shooter as opposed to a FPS since it would have been just as scripted either way. And that’s its problem, everything has already been decided for you. You can’t deviate from Infinity Ward’s plan, even a little bit. This means you’ll often have to wait for your slower AI-controlled allies to catch up. Much worse, however, is how much the campaign discourages experimentation. If a section requires stealth you must use stealth, and the same goes for most fire fights. Deviating from this script will send you back to a previous checkpoint with an on-screen prompt telling you what you did wrong. Likewise, while you have several interesting weapons at your disposal, including your German Shepard, Riley, you can’t use any of them unless you’re prompted to do so.

The point-to-point gameplay of the campaign doesn’t fare much better. It feels sluggish in comparison to the multiplayer, which is known for its fast-paced, twitchy gameplay. It almost felt like I was playing an old adventure game, as I spent most of time looking down the sights of my gun, searching for the right pixels to fire at. You’ll spend a lot of time doing this hidden behind cover, while your screen is shook and blurred red with each bullet that crosses your path. It’s more frustrating than fun. 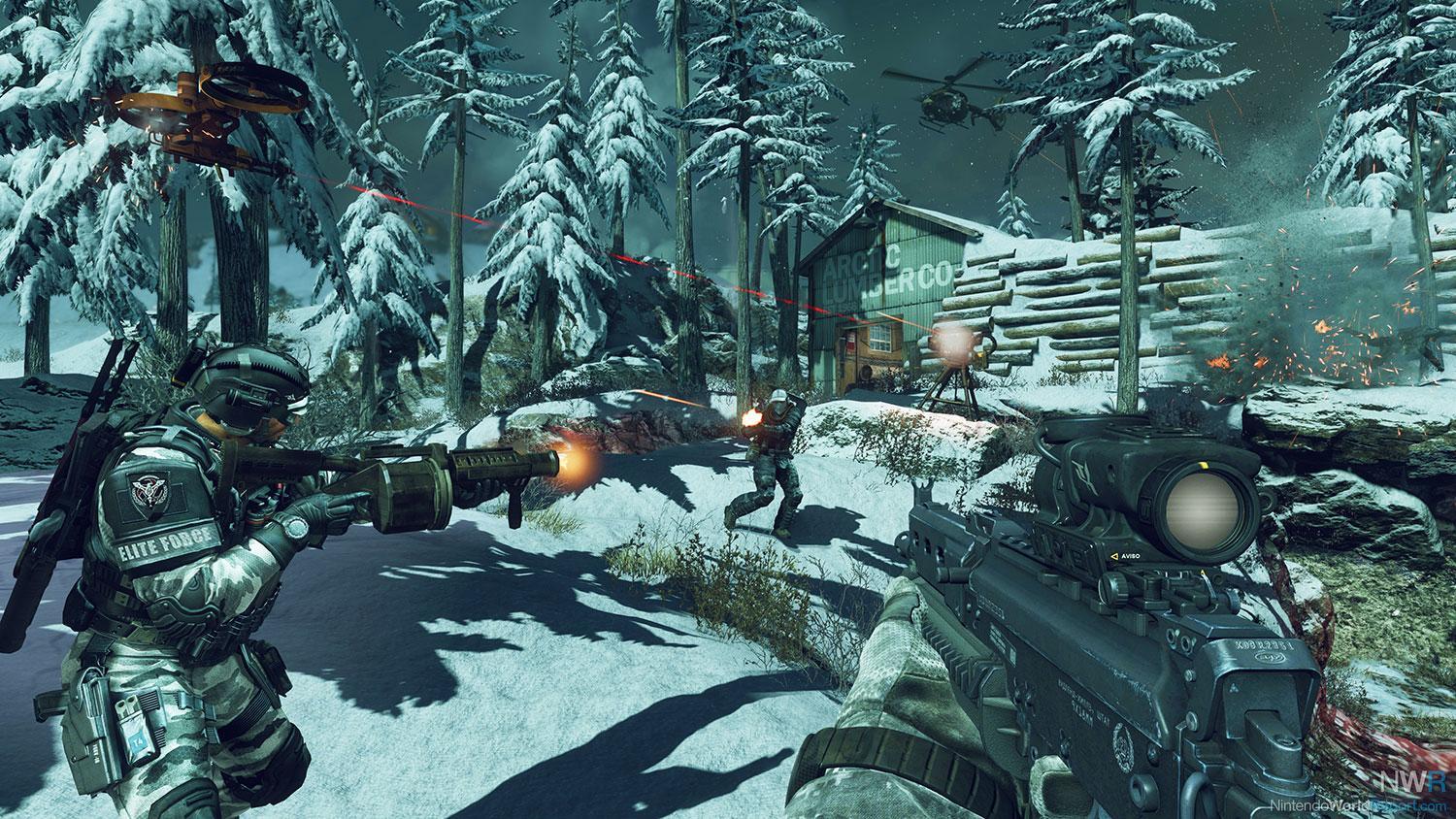 Luckily, Ghosts’ multiplayer is nowhere near the mess that its campaign is, though it’s certainly not the best the series has to offer. Aside from the usual additions—new maps, game modes, weapons, and perks—multiplayer is essentially the same as Black Ops II was last year.  It’s fairly easy to hop online and play matches with up to 12 people, that is, if you want to play Team Deathmatch or Domination. Most of the other modes are barely played. That said, both modes are still a blast, and new weapons and perks all work. Some of the maps are a bit on the large side, though. I often spent a tad too much time searching for the enemy team, only to be found first. This isn’t an issue in every map, but it does pose a problem in a good portion of them.

Ghosts also includes the ability to create your own soldier. You can now change both your gender and your uniform, in addition to the usual cosmetic options. You can save up to 10 loadouts, however you have to unlock all but one using Squad Points, which you gain when leveling up and completing other operations in multiplayer. The additions are mostly cosmetic, but they’re a nice reward for dedicated players.

Much more interesting, is what you can do with the soldiers that you create. Ghosts includes a new mode called Squads, that lets you play matches alongside your AI-controlled soldiers. You can either choose to play with them or against them. The new mode is interesting, but it’s not quite a replacement for the traditional multiplayer experience. AI still isn’t a match for a human player. 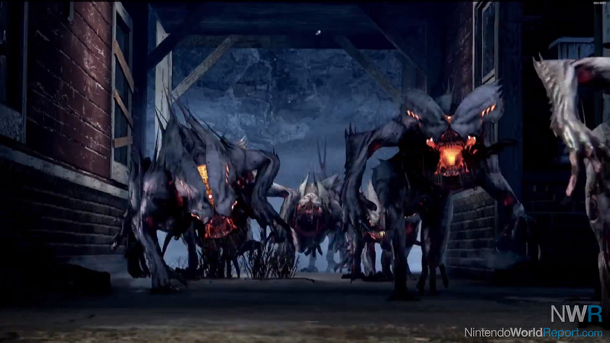 Speaking of AI-controlled opponents, Ghosts also has its own answer to the previous games’ Zombies mode. It’s called Extinction, and instead of fighting zombies, you’re tasked with killing aliens, while using a drill to destroy their hives. The mode can be played online and locally with up to four players, and consists mainly of protecting the drill from alien swarms. It’s not bad, but killing the aliens isn’t as fun or as rewarding as taking out human players online.

Call of Duty: Ghosts is one of the few games that would be infinitely better without a campaign mode. While the multiplayer is just more of what we’ve seen in previous entries, it is at least fun to play. The campaign, however, offers little more than frustration with its hordes of enemies and overly scripted nature. Infinity Ward would have been better off allocating more time and money to the multiplayer.

Black Ops II is still the best. The campaign had branching paths and different types of gameplay with its Strike Force missions, and multiplayer was amazing, with close maps that had you constantly encountering other players.
From what I've read, the larger maps are more suited to squad-based play. Your complaint about not being able to find other players popped up in other reviews as well.

Even though this may be a step back, I'd probably buy it if it were on the eShop. I really don't understand why Activision doesn't put their games on there, with what we've heard about how great the terms Nintendo's offering are.