Ripping your toys apart never felt this rewarding before.

When playing through Skylanders: Swap Force, the third entry in the burgeoning Skylanders franchise, a sense of déjà vu struck me. Swap Force feels similar to Spyro’s Adventure and Giants, as it features the same sense of discovery that is bolstered by both the luscious worlds and interesting characters. It’s tidily wrapped up in a refined wrapper, packed with secrets, gimmicks, and polish. Still, Vicarious Vision’s latest Skylanders game is buttloads of fun from start to finish, even if it is more of the same.

The most important additions are the introduction of jumping and the new Swap Force characters. Jumping doesn’t fundamentally change gameplay, especially since you very rarely perform any kind of arduous platforming challenges outside of a few novel side-scrolling segments, but it hones movement and combat. You can cut corners when traversing through levels, and you can jump to avoid enemies. 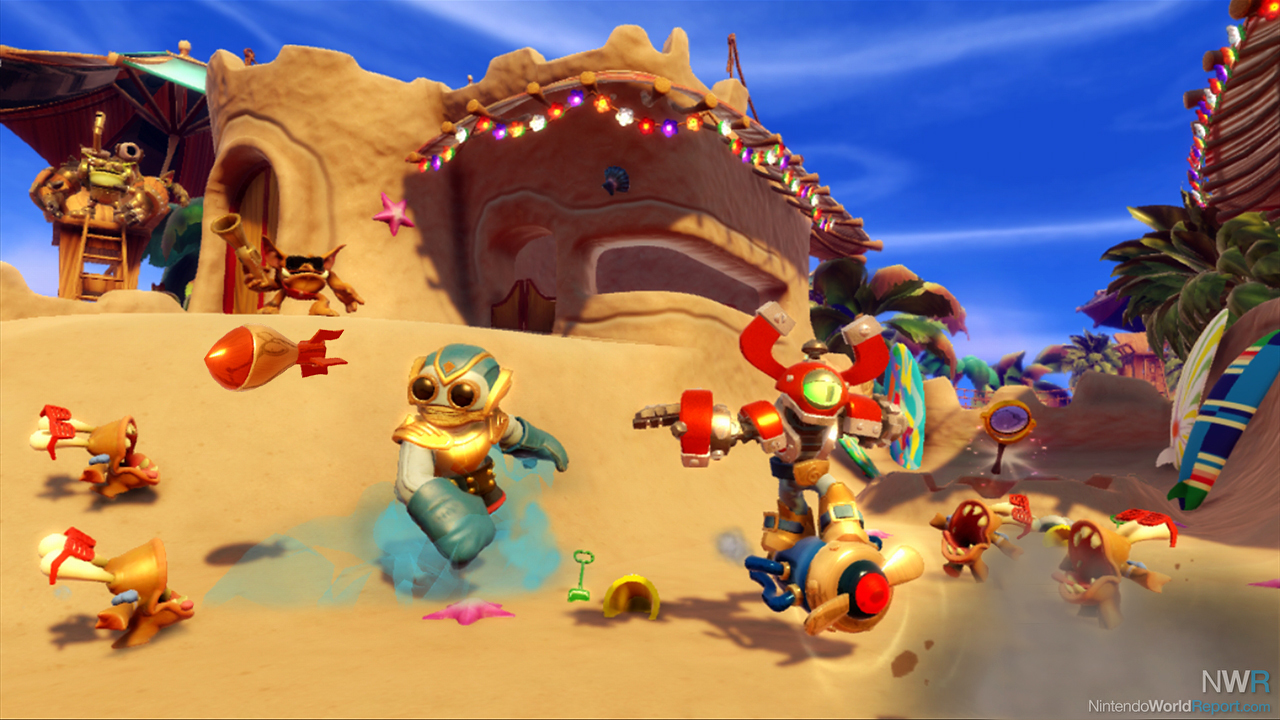 The new Swap Force characters are a step above the Giants in last year’s entry. Instead of just being bigger, they can be broken in half and rearranged with another figure to make a new character. Don’t like Wash Buckler’s octopus tentacles? Then take off his bottom portion and replace it with Magna Charge’s wheel, turning the character into Wash Charge. They house a buffet of abilities, as you can take one character’s top half and the two abilities that are tied to that, and then mix it with another one’s bottom half and the ability that is tied to that. Each half has their own skill tree, and using the Swap Force characters in game is a more customizable and active experience. Also, the physical act of connecting and disconnecting the figures is awesomely tactile.

The other changes make the entire experience smoother. Instead of having a reprisal of last year’s Skylanders equivalent of the Super Mario Galaxy 2 hub world, the game’s main area, the town of Woodburrow, is a bit more bustling and lively. It’s not as vast and confusing as the original game’s home base, but it’s more fun to have a world that grows around you as you progress. Also, some well-placed warp points make moving around a snap. 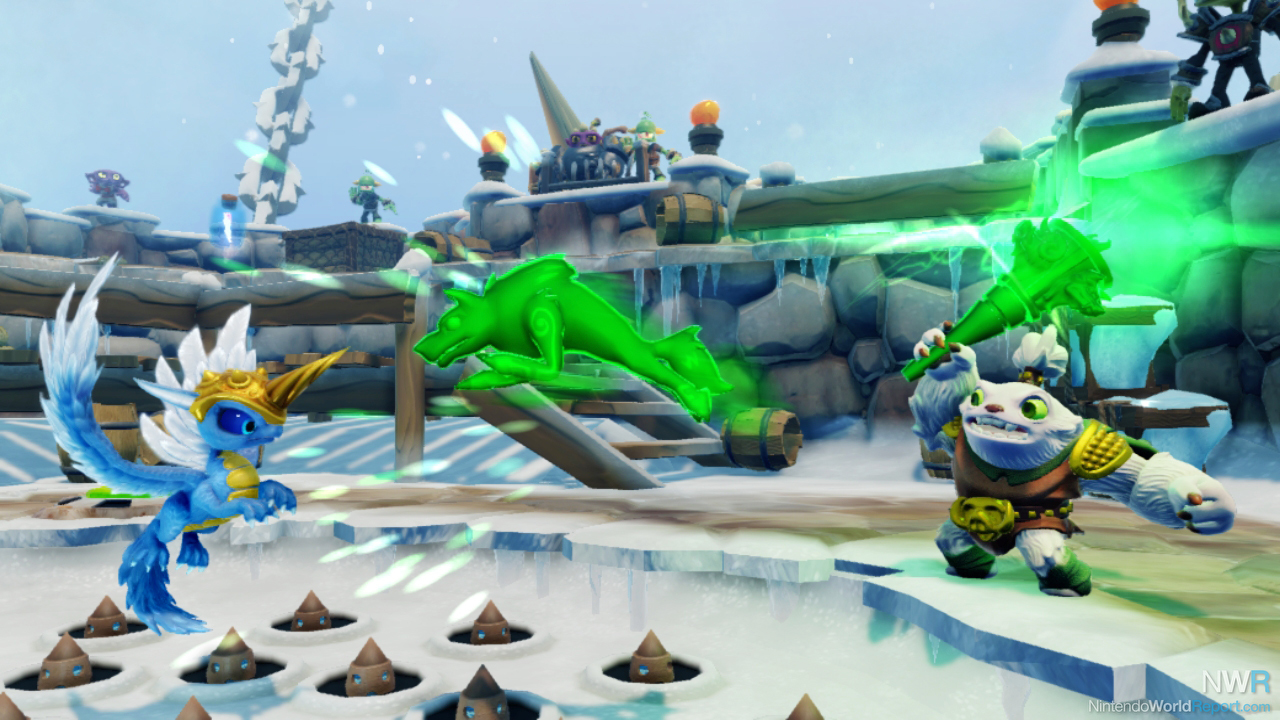 Swap Force is a marvelous package, with layered level design, splendid HD graphics, and amazing audio, but it lacks the innovative punch that Giants had. Whereas Giants had some out-there concepts, like the card game Skystones and the segments where you piloted a giant mech, Swap Force’s levels are formulaic. It feels a bit like the equivalent of New Super Mario Bros.; it’s still well designed and super entertaining, but it feels safe across its 17 story missions and ample amount of extra content.

The one area where it does veer off in a fun, crazy direction is in the 20 bonus missions. They more or less take the place of the Heroic Challenges from past games, but these are way more interesting. You go on a rescue mission for turtle eggs. You navigate a deadly maze to collect batteries. You fight an evil chef. At times in these bonus levels, it feels like it’s a slapstick brawler, as goofy things happen as you beat the tar out of enemies wearing chef hats and pumpkins fall all around you.

When moments like those crop up, Skylanders: Swap Force is incredible. Even when it’s safe, Swap Force is still a wildly entertaining game and another satisfying entry in a genre that rarely gets this much love and care. It might lack the innovative magic of Spyro’s Adventure or the daring ingenuity of Giants, but it’s still a formula that works, even if the routine is starting to show. Whether you have all of the 100+ figures or just the three that come with the starter pack, Swap Force is well worth playing.