Hakuoki: Memories of the Shinsengumi

This ain't no Harvest Moon.

Hakuoki: Memories of the Shinsengumi is a visual novel dating sim, a genre popular and well-known in the eastern sector that the US is finally starting to catch up on. While the game lacks technical challenge, brain-busting puzzles, and hardcore competitive play, it still proves to be more than a little interesting with a compelling, bloody narrative that only unfolds completely after playing through it six different times. 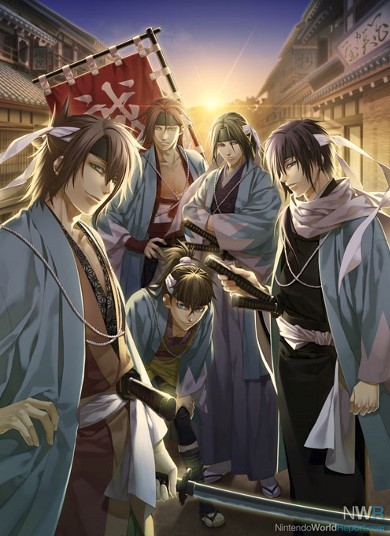 The story surrounds Chizuru Yukimura and the chaos that becomes her life after she leaves home to find her father in Kyoto. One quick note: changing the main character’s first name is your only chance for customization in this game, so jump on it while you can. Chizuru, or whatever you decide to call her, soon finds herself in danger in Kyoto. Before long, she ends up roped into the affairs of the Shinsengumi, a force of Japanese swordsmen serving the Tokugawa shogunate.

The gameplay itself is straightforward. You read the story and dialogue, and when the time comes you make decisions that, one by one, ultimately decide Chizuru’s fate. Each decision can increase your romance level with one of the five Shinsengumi generals, do nothing for any of your relationships, or kill you. That’s right, kill you. So be careful about how heroic, how defiant, or even how compliant you are. Anything could be the death of you, but that’s what makes it fun. 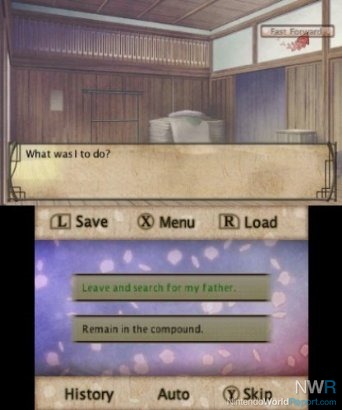 Streamlined quick save and load functions fortunately ease some of the worry about making fatal choices. Using the R and L buttons, you can perform a quick save whenever you’d like, and just as easily reload if something doesn’t go your way. However, this function does not work if you make a choice that leads to death. Your only option then is to load your last hard save and hope you hadn’t already sealed your fate by then. This is one of the few games where I wouldn’t necessarily recommend saving often. But quick save? Spam that sucker.

While it might seem tedious to play through the story six times, since some parts overlap, Hakuoki does a great job of adding several features to nip that in the bud. During subsequent playthroughs, you have the option of skipping the prologue and then using a skip function in game that will fast forward through any text you’ve already read. It won’t skip through anything you haven’t read yet, but if you miss something anyway, there’s even a convenient History for that. 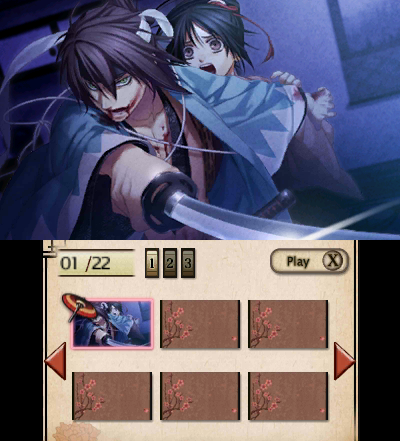 The beauty of this game is the amount of content it offers. As I mentioned in the beginning, there are six different stories that combine to create the whole picture. There is an in-game encyclopedia to fill, which sheds some interesting light on the historical elements of the story as well as the rest of it. A Record of Service also exists to catalogue your progress through each of the stories, and there’s even a gallery of pictures to collect tied to each romantic candidate.

Although the strictly female protagonist and romantic nature of the game makes Hakuoki geared toward females, the characters, their snappy banter, and story make a game that can truly be fun for anyone. It may not provide the technical challenge other video games boast, but for anyone who enjoys a different, more story-centric style, there are few other places to look. And with any luck, Hakuoki’s re-release on the 3DS will mean more visual novels appearing on North American shelves in the future.

As a fan of the Hakuoki games, I have to ask - the only listed con of "No technical challenge" makes it sound like the only thing you disliked about the game was the genre that it was in - that of a visual novel. Is it really worth docking points (or listing a con) just for something being in a certain genre? I'm not saying it's a 10 - the story isn't perfect, and will not appeal to everyone - but I'm just confused as to why something so vague was the only con.

I love visual novels and I'm glad more are being localized here in NA. The last dating sim one I played was Sakura Wars: So Long My Love. I want more dating sims on my 3DS.

In the reviews favour, I would say that "no technical challenge" is a fair charge against the game.


I may not agree, but it is valid. Visual novel is a broad genre, one that plays home to games like 999, VLR, and Ace Attorney. Those three games are known for their puzzles, so to play a game without any would certainly leave and impression.


I recently played through Sweet Fuse for PSP, another Idea Factory title that doesn't present much in the way of puzzles. I wouldn't say that's a con, but that's my review.


That's the thing with NWR's reviews, that score you see doesn't mean the game lost two points because of that single con. The game was given an 8 because that's what the writer felt it was. There are times where you may not feel there's anything wrong with a game, but that doesn't mean it's perfect. For this game's sake, perhaps the story wasn't as entertaining as they'd like.


Good review, thanks for taking the time to give it a chance.