Time to hit the road and head to Kalos for the newest entry in the Pokemon series!

Pokémon has a special place in my heart, as the handheld games were the first I ever pre-ordered and played to completion. Despite becoming an older and somewhat less optimistic person, the day a new Pokémon title comes out still makes me very happy inside. That day is soon upon us, but the times are now different as we move away from the 2D art and enter a shiny, new, three dimensional world. With Pokémon X and Y, Game Freak makes a daring step into the future and comes out mostly unscathed. There are certainly some minor problems along the way, but there is no doubt that the game is worth your time.

As the game begins, you step into the shoes of a new kid in Vaniville Town, who is entering the world of Kalos for the first time. You soon meet a group of people with which you will be in constant contact with. First up, there is Serena or Calem. The character depends on the gender you choose, and they act as your rival for the remainder of the game. Then there are Trevor and Tierno, who are never far apart from one another. Trevor wants to be the first person to complete the Pokédex and Tierno dreams of creating a dance team with his Pokémon buddies. We end with Shauna, a girl you’ll meet several times throughout the course of the game. She is quite an energetic person; occasionally, she’ll even help out on your quest. The character development is mostly spent on these characters, which is quite refreshing in comparison to previous entries. 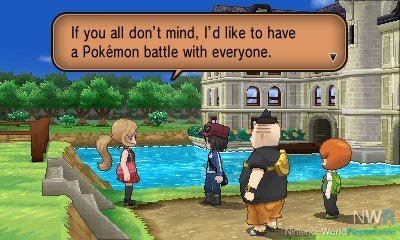 After Tierno gives you your first Pokémon, you are ready for the first real steps of your journey. Shortly after I began my journey, I came across Pokémon like Caterpie, Zigzagoon and even Pikachu in mere moments. While some new Pokémon also came along the way, it was a pleasant surprise to see many familiar faces. It made me more selective in how I wanted to select for my team as well. Not long after, you take on the first gym in Santalune City and snap up your first badge. After that though, there is a surprisingly huge gap between the first and second gym. At first, I was a little shocked that the first badge gave me the allowance for Pokémon up to level 30, but things started to clear up soon thereafter.

This gap lasts a good number of hours as the game introduces all sorts of mechanics and places. The highlight of this extended outing is Lumiose City, the shiny capital of Kalos. At your first visit, you are limited to one side of the city. There you meet Professor Augustine Sycamore. He summons you to help discover Kalos's greatest mystery, the Mega Evolution. He also gives you an original, Kanto starter to guide you along this special path. 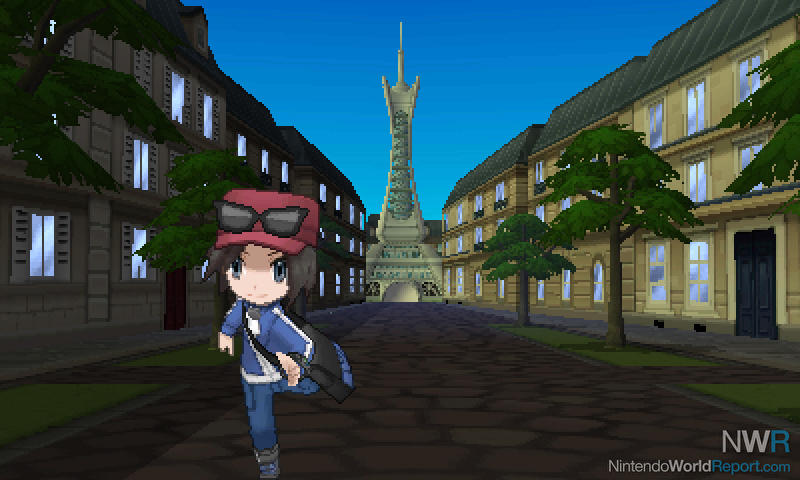 Moving about the world is a whole other beast on its own, as you can now move in eight directions instead of the usual grid based four with the D-pad. You can also use the new rollerblades and bikes to go way faster than in the previous games with the Circle Pad. The new methods of movement felt weird at first, but they quickly became the best option. Like in previous titles, Pokémon can fly you to places on the map, but now there are also Pokémon that you can ride. For the most part, it’s a fun alternative to exploring the world on foot.

Pokémon’s core mechanics never really changed much in the previous entries, and this is once again the case with X and Y. You still train your Pokémon to duke it out against others in the wild or at a trainer's side. By making clever use of the four slots for moves on each Pokémon and using the opponent's types at your advantage, it is not difficult to even overcome the roughest of all foes. That doesn't mean that there isn't any room for improvements. There is of course the Fairy type, which has been applied to old and new Pokémon and adds some new rules to the book. However, the biggest improvement is the new item called Experience Share. It allows you to give your entire party experience, even if they are not part of the battle. This saves the player a lot of time that would otherwise be spent grinding. 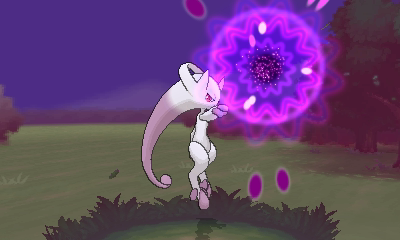 Another fun new mechanic in battles are the Mega Evolutions. The effects are temporary and remain until the Pokémon faints or the battle concludes. Pokémon who are in the phase of Mega Evolution sport improved stats and a new look. The two Pokémon I got to try it with are Mega Venusaur and Mega Lucario, neither of which felt overpowered in any way. Mega Evolutions add a nice layer of strategy to the classic battle format.

On the other hand, I didn't really care for the new Horde and Sky Battles. The Horde Battles are comprised of five wild Pokémon, who are all underpowered. You have to defeat them all before you can capture one. They’re not frequent, unless you’re searching for them. I like a good challenge, but the Horde Battles just feel odd. There’re not bad, but they don't feel like an improvement. The same can be said of the Sky Battles—optional battles that are entirely fought in the sky. It might sound fantastic in theory, but you’ll rarely be in a suitable condition to take on an opponent like that. 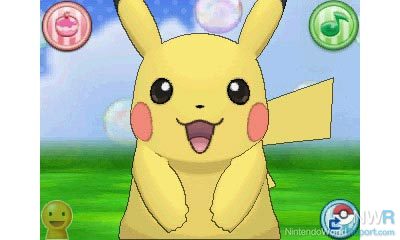 Outside of battle, the game also includes new ways to train your Pokémon. Super Training is one I didn't use very often, but it allows the player to improve the basic stats of the Pokémon by playing a brief minigame. Pokémon-Amie is what replaces the friendship meter in the previous entries and allows you to better bond with your Pokémon. You can pet them, give them something neat to eat, and enjoy more minigames along the way. Pokémon-Amie is critical to make some evolutions a reality and it makes the friendship process less of a massive grind. While we are on the topic of treating your Pokémon well, why not do the same for yourself? You can do that at the various boutiques and salons in the towns and cities. They allow you to edit your character’s clothing and style to your liking.

The presentation of Pokémon X and Y is beautiful, though there are a few critiques to be made. The battles are now three dimensional, giving them a Pokémon Stadium flavor. The battle animations are a true treat for the eyes and can be experienced in the eye popping 3D. The overworld has a lot more going on overall, and there are a lot of nicely rendered things to see. In some respects, it remains close to the late Nintendo DS games all while developing a style of its own. It really showcases this well by using various camera angles that make the world more dynamic. What makes it all disappointing, however, is that the 3D isn't used in this silky smooth overworld. The effects could have been used in some fantastic ways. The 3D is sometimes turned on in certain inside areas, making the game truly shine. It’s just a shame it doesn't happen more often. 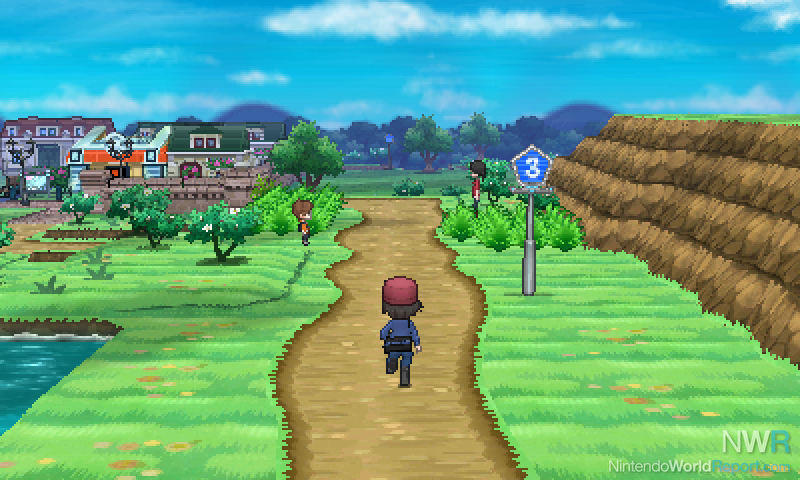 The music is pretty grand as well, having more life and better instruments than previous iterations. The best example I can give you is the Pokémon Center, which keeps its regular string of notes, but adds guitars and a more tropical flavor. A big complaint I have, however, is that the cries aren't much better than in previous games, outside of Pikachu’s that is. They don't all sound like the low classic sounds, but they aren't up to snuff to today's standards either.

Pokémon X and Y are great games in their own right, but they do a few things that lessen their impact. The odd gap in the beginning and the inconsistencies in the presentation are quite surprising. The new battle types aren't that exciting either. The story and gameplay are the things that will truly keep you hooked during this adventure and they will last you a quite a few hours, even if the streamlined experience makes the game shorter overall.

This review is based on the Pokémon Y version of this software.

Awesome. Now tell me about Primeape, any evolution or Mega evolution? How about Druddigon? PM me.

Did you find the battles ever get boring after a while? To look at I mean? I guess there is no way it can be worse that static sprites. I just feel like these battles are no different than all the 3D battles we've had on home consoles.

Awesome. Now tell me about Primeape, any evolution or Mega evolution? How about Druddigon? PM me.

Did you find the battles ever get boring after a while? To look at I mean? I guess there is no way it can be worse that static sprites. I just feel like these battles are no different than all the 3D battles we've had on home consoles.

I think that there actually is a Druddigon MegaEvo.

the game isn't out yet isn't it?

Some retailers in Canada and Italy broke the street date.

Retailers in Canada, you say?  You wouldn't happen to know which ones, would you?

It does, however, verify that these games aren't really my thing (although they certainly used to be; I adored Red/Blue and Yellow when I was younger). For me to ever be interested in Pokémon again Gamefreak would need to change the series so drastically that it might no longer be recognisable as a Pokémon game, and the series would probably lose so many entrenched fans along the way that it would be a pretty risky proposition.

I'm sure these games are still hugely enjoyable for many people, particularly newcomers and Poke-fanatics, but the core conceit of the series (capturing monsters, training them up, engaging in battles) has long since lost it's appeal for me.

Having said that, it is nice to see that the series has taken a few evolutionary steps with X/Y. Who knows? Maybe if they take enough steps they might, at some point, draw me back in.

Retailers in Canada, you say?  You wouldn't happen to know which ones, would you?

There was one particular place in Newfoundland that is no longer in business. Those Nintendo ninjas are vicious, I tell ya. 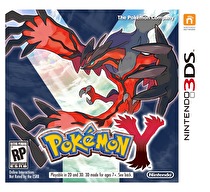