Brief history lesson: The Great Giana Sisters was a platformer released on the Amiga in 1987. It played similarly to Super Mario Bros.; the first level was nearly identical to SMB's first level, and the name "Great Giana Sisters" was even a riff on the Mario Bros title, Giana being the surname of the main playable character (a second player could control her sister Maria). 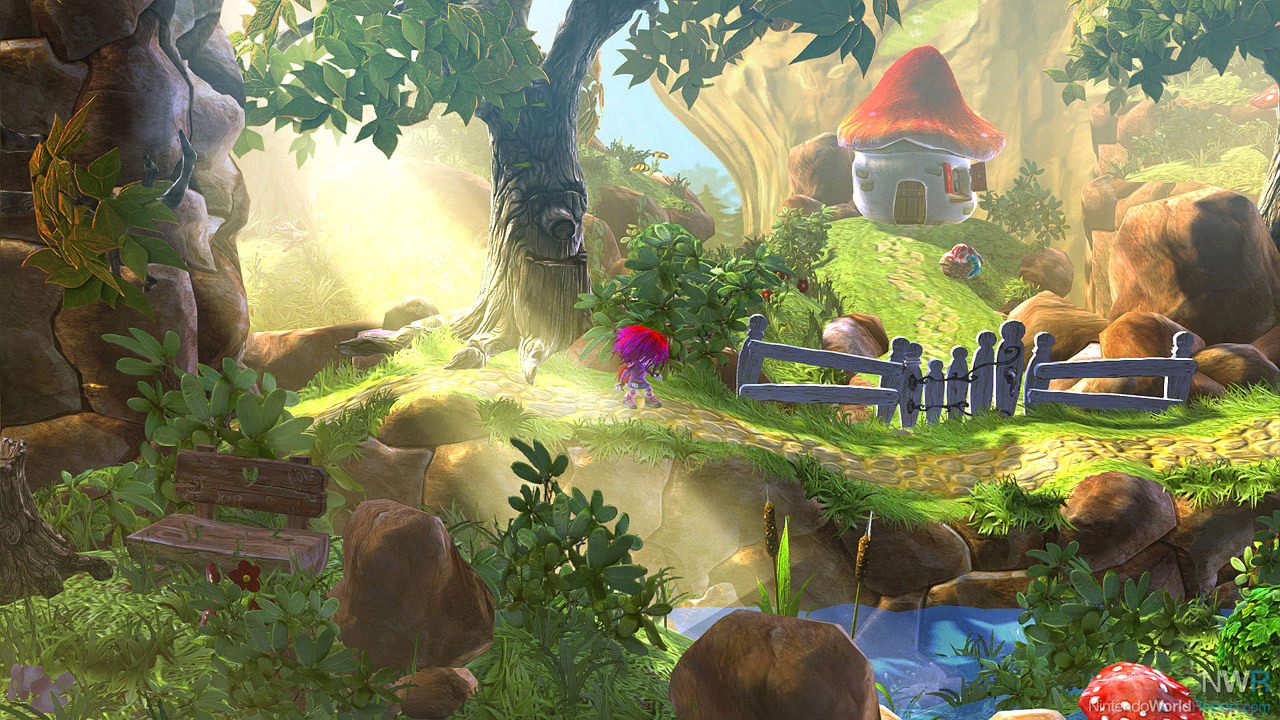 That’s water under the bridge. Decades later, the modern sequel Giana Sisters: Twisted Dreams (single-player only, this time) comes to the Wii U, and very few Mario elements remain, though the few that do are welcome. The controls are tight and responsive, and  work well when stomping on “Demowl” heads as if they are Goombas. But Giana has a few new abilities that completely differentiates her from her original inspiration. She doesn’t gain power-ups, but she has the innate abilities to transform into a fireball and shoot herself straight into enemies or bounce off walls, as well as to spin in the air to slow her descent.

She also has the ability to switch between two different versions of a same level. For the most part, the differences are esthetic. Giana herself goes from redhead to blonde, and the vibrant, colorful and happy world she’s traversing seamlessly turns bleak and ugly in real-time. It’s truly impressive to watch giant flowers turn into oozing mushrooms, and cartoony owls transform into grotesque demons under your very eyes, without any pause in the action. 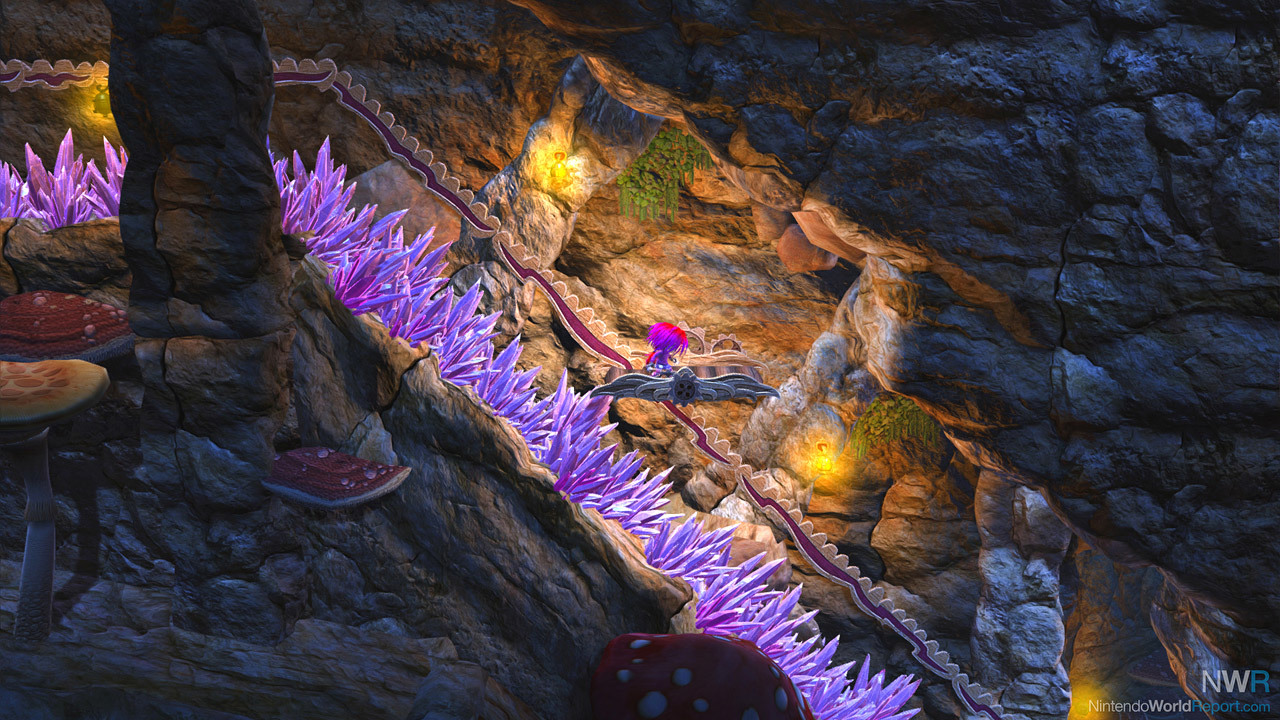 Sadly, there is also a need to switch between the two worlds in order to get past some obstacles, and that’s where the game’s beautiful but busy art style gets in the way. For instance, there are yellow gems that Giana can only pick up when blonde and that become translucent in the redhead’s world. Depending on the color of the background, those translucent yellow gems can be practically invisible.

Worse: there are grey platforms that Giana can’t step on when they are translucent. As it turns out, translucent grey looks pretty much exactly like solid grey when jumping around in a hectic platforming game.

This problem of being unable to quickly identify platforms you can actually step on, or hazards that are actually hazardous, isn’t solely caused by the game’s dual-world mechanic. The developer also chose to reuse the assets that make up the platforms in the game’s background. So that giant flower you jumped on without any problem earlier in the game? It might show up later in the background, or over a pit. And there are no filters in place to make the demarcation between the platforms and the background clear at a glance.

Thankfully, the number one enemy of any platformer’s protagonist, the spike, can’t hide its pointy nature and remains forever easily identifiable, right? Well, no. First, the “demon” world of Giana Sisters is full of spiky bones protruding everywhere that are just decoration. They don’t actually hurt you. There are spikes that can hurt you in the form of blue crystals, but then the artists decide to use them occasionally as foreground and background elements as well so once again, danger is never easily identifiable at a glance. 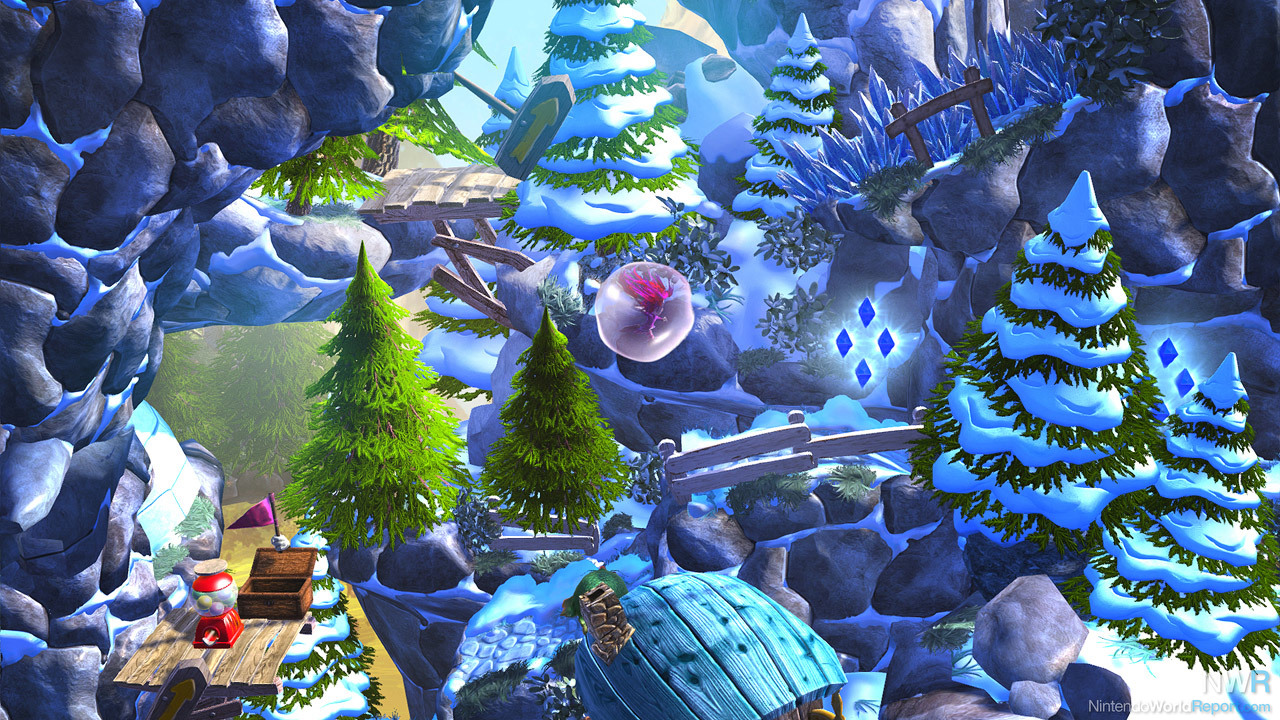 To deal with these inconsistencies, the developer arms the player with infinite lives and generous checkpoints. But while this can help more stubborn players reach the end of the game, it does not solve the problem. Dying over and over again in a fast-paced platformer because hazards look like scenery, and vice versa, can be incredibly frustrating because it’s really not the player’s fault. There is a place for challenging platformers, but the best masochistic platformers are the ones that outwit the players and position hazards to thwart their instinct. They don’t simply throw logic out the window and make spikes lethal and platforms solid only half the time.

It’s a shame, too, because there are clever secrets to be found all over the game’s vast sprawling levels. If you see a sign with an arrow pointing a certain way in the background, make sure you look around a bit and save that direction for last. Your curiosity is sure to be rewarded with various gems and the intrinsic satisfaction that exploration can offer. The game also makes ample use of the fact that you're floating and fireball abilities recharge after killing an enemy, so look for green respawning “demowls” to kill consecutively in order to reach new heights. 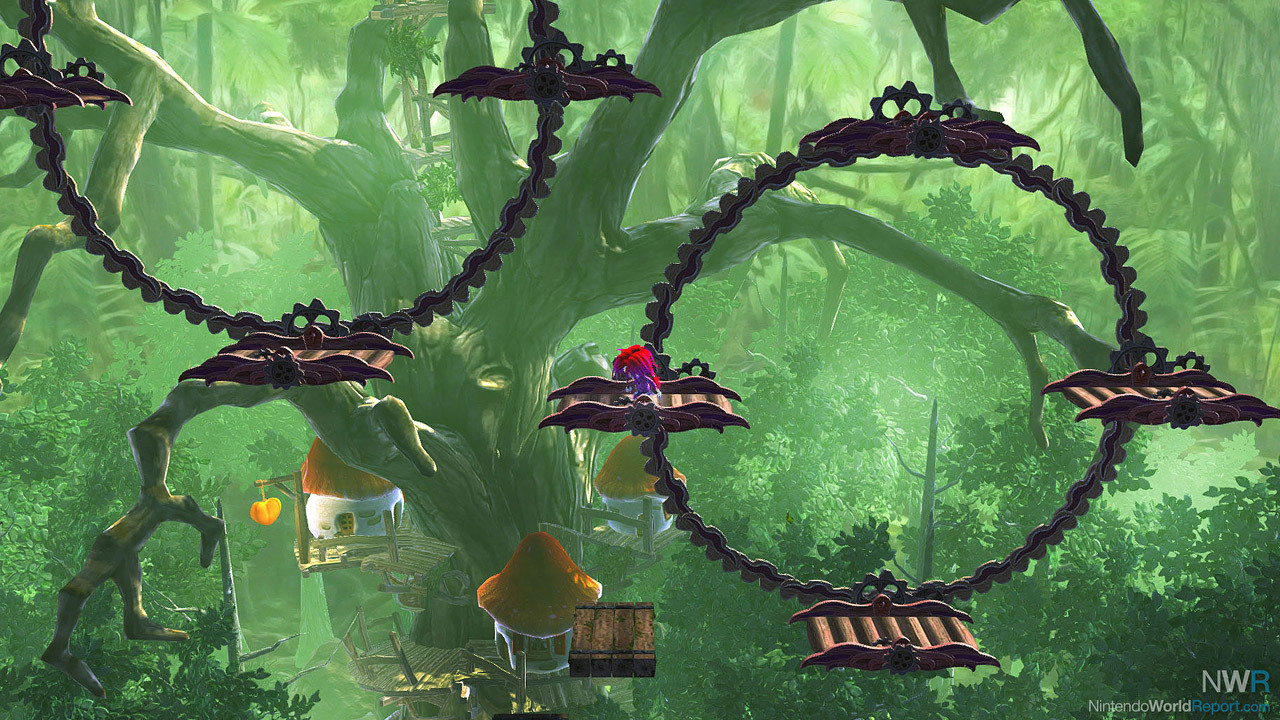 Giana Sisters: Twisted Dreams comes late to the Wii U and if you’ve been waiting for this version to play it, I’m glad to say that the performance is stable throughout the game, with the exception of parts of the final sequence, where the slowdown might be a blessing anyway. If you plan to use the off-TV mode, know that many people have had audio issues playing on the GamePad. In my case, I had no sound at all. The developer is aware of the issue and a patch is coming "very soon".

That sound really frustrating. Often while playing games I will find a certain element or section that completely defies credulity and I find myself wishing I could jump inside the mind of the designer to better understand why a certain decision was made. This sounds like a game with many of those moments.

I played the ds release and I thought that was an excellent game. Is the platforming similar?  Do the visual problems cause issues throut the game or rarely?  Kind of bummed, I thought this would do better.