Audio glitches and loading screens mar what could have been a great game.

The Splinter Cell franchise and I have a rocky history. From the beginning I was a fan, and the prospect of creeping around in a black jumpsuit with night vision goggles snapping necks and shooting bad guys sounded incredibly fun. Although, after the third entry, Chaos Theory, the franchise deviated to a path that was less appealing, and I fell out of touch with it. But when I saw Sam Fisher once again suited up in all black with those lovely green goggles, I knew I had to give Blacklist a shot. 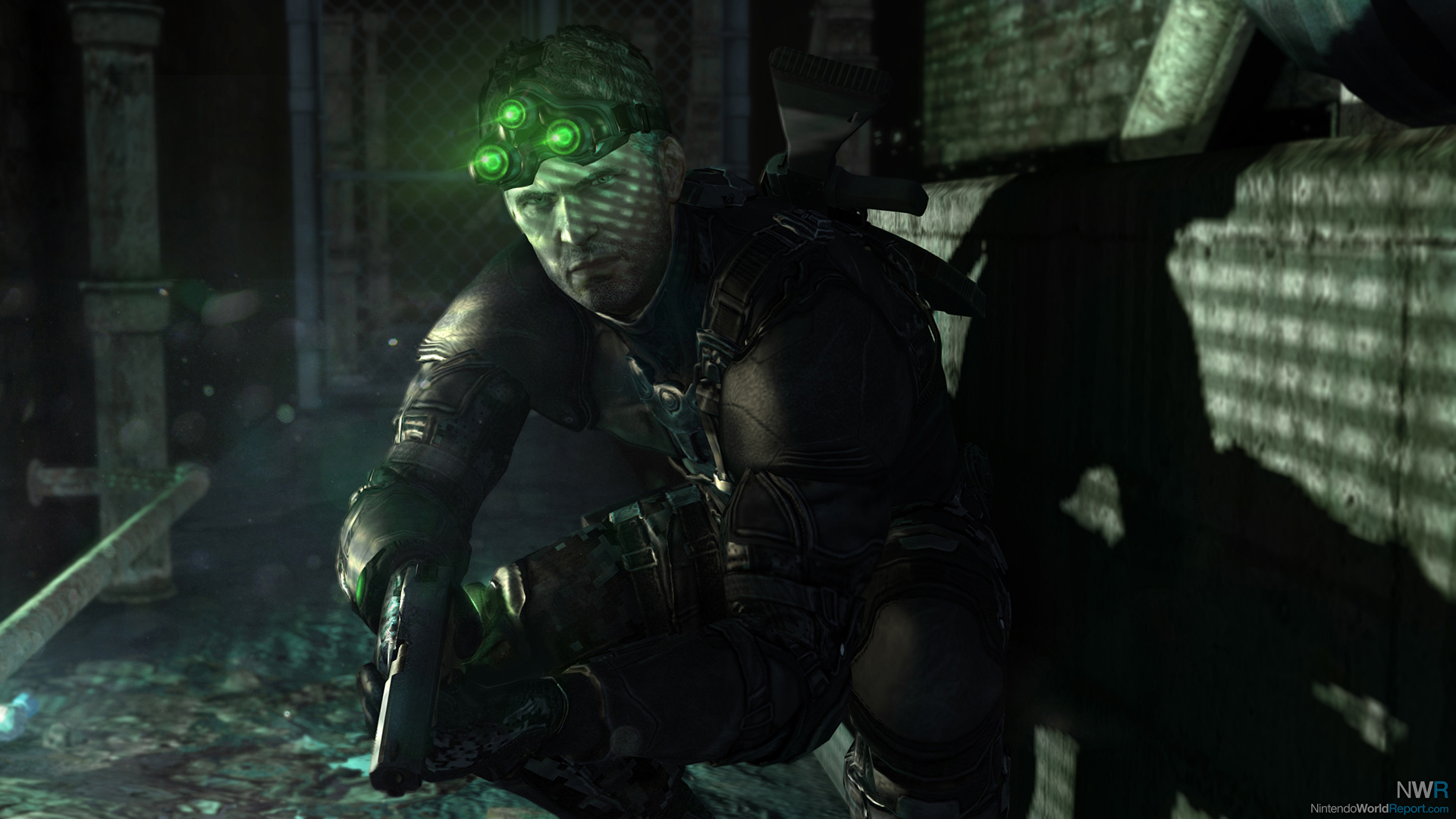 The good news is that the core of what makes Splinter Cell, Splinter Cell, is still here. The combat is just as tight and engaging as I remember, and sneaking up on enemies is a fun, nerve-wracking experience. Slipping from cover to cover and looking for the right moment to strike enemies feels great, and the game certainly delivers rock-solid combat mechanics. The mark and execute function gives some leeway by allowing you to mark certain targets and, after you’ve earned some execution points through stealth kills, take them out with a single button press. This solves the issue of having to restart a checkpoint when a single guard notices you; instead, just mark him, grab his buddy, and execute him if he notices you.

Sam looks better than ever in the sneaking suit, and, despite some less-than-stellar character textures, the visuals hold up well. The tradition of displaying quest objectives in big white letters on walls is continued here, and it keeps the game flowing well, without you having to constantly check an objectives list. If you fell in love with the stealth action offered in any of the previous entries, then you’ll feel right at home here.

This entry teams Sam up with a new group calling themselves Fourth Echelon, an organization that has risen from the ashes of his original employers, Third Echelon. Unfortunately the story is where the game begins to break down. It’s your usual Tom Clancy fare of bad guys and secrets, at least from what I could gather in the often-broken cutscenes. I could tell from the dialogue that there was apparently a “Madame President,” although every time her subtitles popped up the audio cut out.

During missions cutscenes would often crop up with only half their audio playing. The subtitles meant that, usually, I was still able to see what someone was saying, but the audio continued its one-side conversations on and off throughout my time with the game. While these glitches only really interfered with the gameplay at one point, during which I was forced to repeat a five-minute section due to being stuck in an elevator, it makes the entire experience feel like it was slapped together at the last minute. 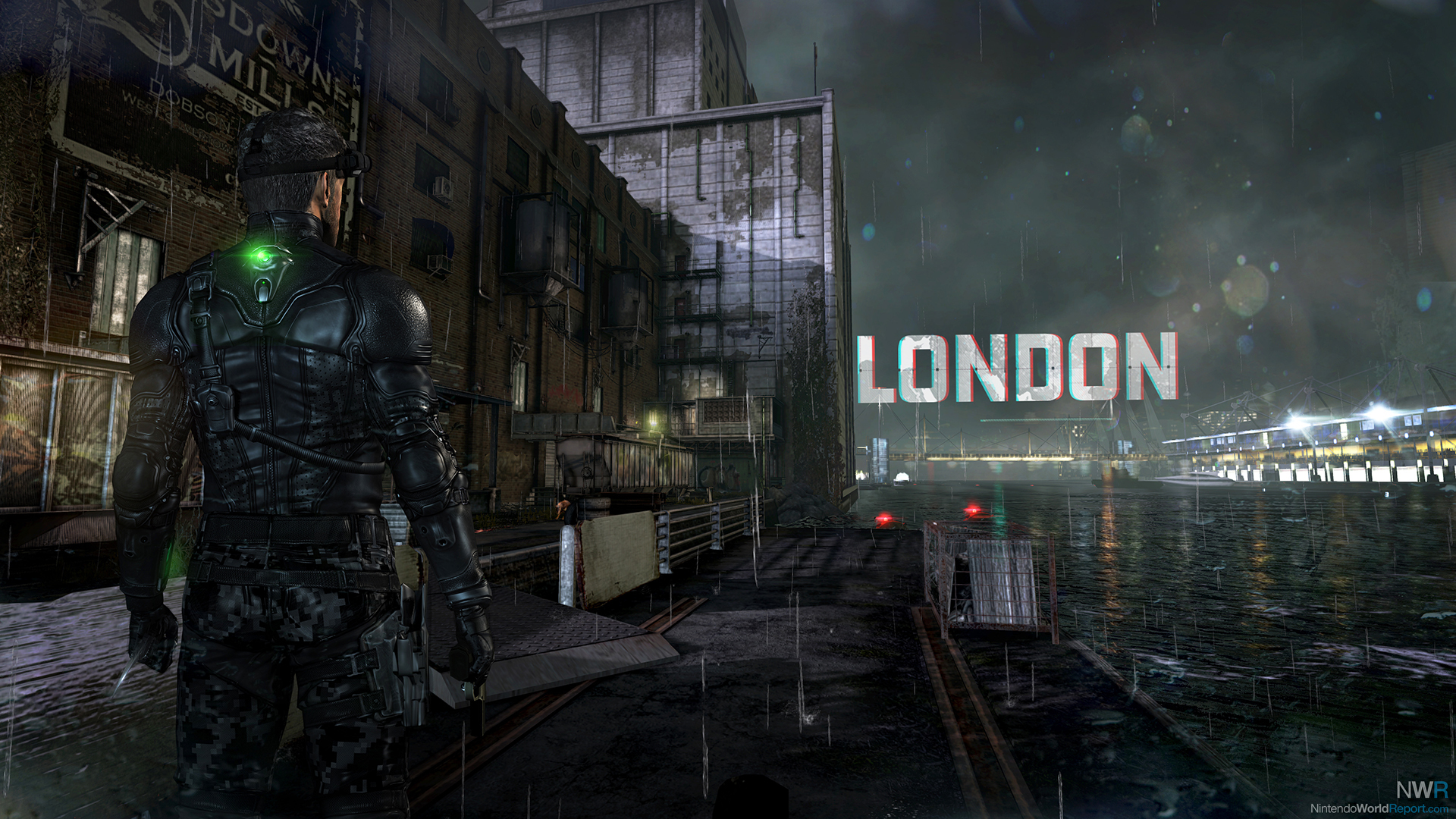 In addition to these various half-functional cutscenes, you’ll be looking at a very large number of loading screens. After the main menu you’ll wait around a minute to get into the game, then it will take a minute or two of menus and loading to get into a mission, and finally after completing a mission you’ll be staring down the barrel of another lengthy loading screen just to get back to your headquarters. During a decent play session this adds up to several minutes of loading screens and menus, which is frustrating to say the least.

Unfortunately the multiplayer suffers from many of the same issues as the campaign. I spent over an hour and a half trying to setup and play a game with friends, and in the end I gave up and just did a co-op mission with the one friend I was actually able to connect to. Like the campaign, once you’re actually in a working game the experience is solid, and the Spies vs. Mercs mode offers several modes.

Once you’ve made your way into a game you’ll be treated to some really fun multiplayer, pitting a team of stealthy spies against a team of armed-to-the-teeth mercenaries. Again, the experience is solid once you’re in a game, and the lack of cutscenes almost makes you forget about the issues present in the rest of the game. My biggest complaint with multiplayer is that the game lacks the option to use voice chat through headphones when playing on the television, meaning you have to listen to your teammates yelling over your television speaker from across the room.

Fortunately, the game certainly isn’t lacking in content. Aside from the campaign, there are various side-missions that you can take part in, as well as a litany of Spies vs. Mercs and co-op modes. Yes, you’ll have to brave the irritating interface to access all of these, but the content is there for those who want it. Additionally, the game uses the GamePad well, allowing quick inventory management and switching to the smaller screen when you’re using drones and other such gadgets. Although, you’ll likely want to turn the unruly motion controls off for the majority of the drones segments. 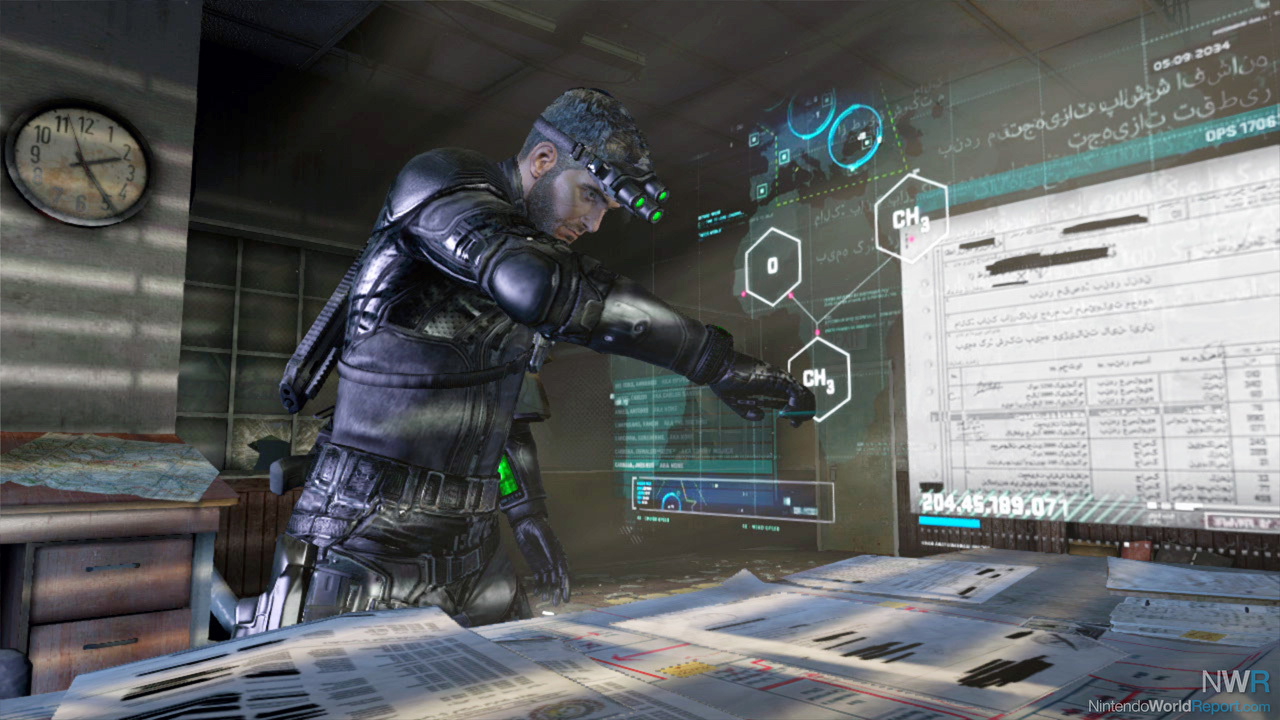 In the end, Splinter Cell: Blacklist is a very uneven package. On one hand, the gameplay is still solid and satisfying, and the campaign keeps missions feeling fresh with a constantly shifting set of objectives. On the other hand, the issues with the cutscenes make the story difficult to follow, and gives the entire package a rushed feel. If you feel like you can put up with copious loading screens and cutscene glitches, then I would say this is worth picking up. However, if you’re looking for the tight, polished package that Splinter Cell games used to be, then you’ll likely be left wanting.

I haven't experienced any audio cutting out during cutscenes, but I do agree the motion control could have used some fine tuning.

Wait audio cutting our during cutscenes? My games use to do that but when I changed my audio settings on my TV they played perfectly. Might want to try that.

PokemonTrainerZ, you mean change your TV from stereo to surround or something like that? Not in the Wii U settings?

I recently created a thread about the Wii U audio issues. It happens in other games as well. http://www.nintendoworldreport.com/forums/index.php?topic=42515.0

Did you... did you play with the gamepad volume down the whole time?

So APPARENTLY this glitch is caused if you have your gamepad audio set to surround. Kicking it down to Stereo appears to fix the audio cutting out issue. Can anyone verify this? 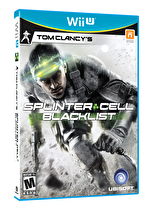