Attack of the Friday Monsters! A Tokyo Tale Review

Come for the Ultraman references and stay for the Ghibli-esque story and presentation. 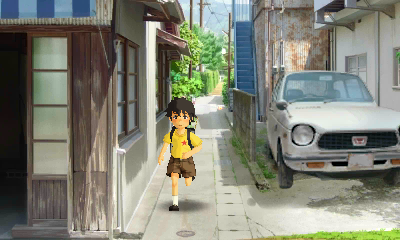 It isn’t every day that you’re offered a chance to experience your childhood all over again. But that’s exactly what Attack of the Friday Monsters! A Tokyo Tale does, albeit this time in an alternate version of 1970s Japan. It puts you in the role of Sohta, a young boy living in Fuji no Hana, a small Japanese town where giant monsters run amok every Friday night. However, the monsters aren’t there for you to fight; instead they act as a backdrop for the game's charming, and often wacky, tale.

In many aspects, Attack of the Friday Monsters! shares more in common with a Studio Ghibli film than it does with other video games. Instead of excelling through its gameplay it relies heavily on its presentation and story to keep players entertained. One thing you’ll notice immediately as you start the game is its wonderful soundtrack. Even the title screen music would seem at home in a Studio Ghibli film. It’s easy to see that a lot of work was put into the game’s sound design, and it goes beyond just music. As you walk around Fuji no Hana, you’ll hear a number of sounds, from people talking to the birds chirping. Additionally, a large portion of the game’s dialog is fully voiced in Japanese.

The game is also filled with beautiful, pre-rendered backgrounds that fit its anime-like aesthetic perfectly. The character models are similarly anime-like, but they look kind of rough when the camera is zoomed out. Though, I imagine this is more of an issue with the resolution of the 3DS’s screen than anything else, as the models look much smoother up close. 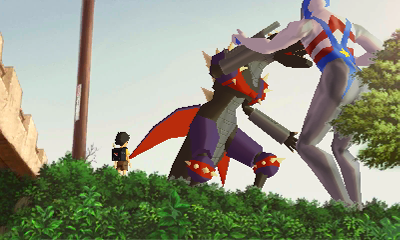 Of course, the real draw of Attack of the Friday Monsters! is its story, and, luckily, it’s just as well done as its presentation. That said, you’re not going to find a lot of kaiju action in this game. Despite heavily referencing tokusatsu films and television shows, Ultraman specifically, the story is more about reliving your childhood in Sohta’s shoes. Additionally, the entire game takes place over the course of one Friday, so you won’t get to witness the monster until the very end. Although its charming dialog and jokes more than make up for its lack of giant monsters. There are also a few science fiction elements later in the story, but I’ll let you experience those yourself.

Where Attack of the Friday Monsters! is less successful is its gameplay. There’s really not a lot to do other than explore the town and talk to people to advance the story. There is a collectible card game that you can play with the other kids called “Monster Cards,” but it’s fairly simple. If you’ve played Rock-paper-scissors before, you should be able to win no problem. That said, playing the card game actually helps advance the story, as beating kids makes them your servant and allows you to cast a make-believe spell on them, which may lead them to reveal a clue as to who you need to talk to next. 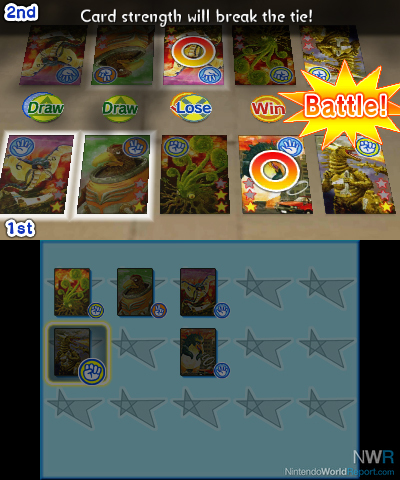 However, the best part of Monster Cards is the collectible aspect. Scattered around Fuji no Hana are colored orbs called Glims. Collect seven of a kind, and you get a new, monster-themed card with its own unique background, artwork, and level. The higher the cards level, the better you’ll do against the neighbor kids. You can also fuse duplicates to make stronger cards, so it pays to look for Glims as you play.

Attack of the Friday Monsters! A Tokyo Tale isn’t a long game. You can finish the main story in around three hours, and all of the end game content in about four or five hours. Nevertheless, its charming story and exceptional presentation make it more than worth your time, especially if you’re fond of Japanese monster flicks from the 60s and 70s.

I was waiting to read more about this game.


So it's more of an adventure game, I take it. That's neat. I'll be sure to get it someday.

I have this DLed on my 3DS right now and really looking forward to it.  I was worried about jumping into it while playing Shin Megami Tensei IV but if it's only 3-5 hours I might just marathon it one day soon.  I'm really glad we're getting games like this on the 3DS!

I picked this up and played 15 minutes.  Got the Ghibli vibe.  I need to get back to it.  I have a soft spot for pre-rendered backgrounds.  I hope the 3DS gets more adventure games.  Got this and Damrey.

I'm no fan of adventure games, and when I found out how shallow Monsters gameplay was, I was pretty annoyed. The story is great, but the card-battling mechanics are just awful.

I personally hated the game. The story was a mess and it barely justifies being a game to begin with.

I've certainly been enjoying this game so far. I went in upset that I wasn't assaulted by Kaiju battles, but the slice-of-life story turned out better than I anticipated. At this point I could care less if I get giant monsters or not!