A game filled with frustrating mechanics and hilarious robots. 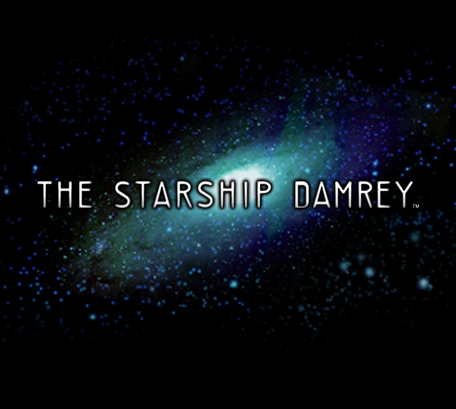 Starship Damrey, the first release in the Guild 02 collection, continues the compilation's pension for short, unique games. Upon starting up Starship Damrey, you find yourself in Cold Sleep (a sleep capsule designed for long-term space missions), and you have to reboot the computer system through a short series of mini-games to get things operational. Then you're simply thrown into the thick of it with no explanations or tutorials. The game actually states during the introductory sequence that it is meant to be explored.

What this basically boils down to is your standard point-and-click adventure style of gameplay, in which you scour areas for items to use in specific ways to progress the story. You’ve awoken with amnesia  after some terrible event befell the ship’s crew, and you’re left trying to piece things together. While Starship Damrey has been described as a horror game, I wouldn’t go quite that far, though it certainly deals with isolation, the paranormal and even monsters.

Since you're trapped in Cold Sleep, you control the single functioning Assistant Robot (AR) of the eight aboard the ship through the computer system. You're constantly reminded that you're simply controlling a robot from inside a pod by the first-person image of your legs , which are always present on the bottom screen. While you can exit out of controlling the robot and click around inside your pod, there is nothing in it except a couple of hints and a manual. While this creates a nice atmosphere that adds to the weird sense of isolation that pervades most of the game, I would have much preferred a map on the second screen to aid in traversing the sometimes confusing hallways. 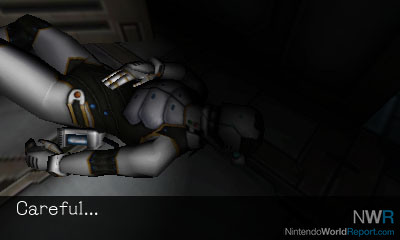 After assuming the role of your friendly AR, you immediately encounter the first of many dead crew member, all of whom you will need to find and use to gather ID cards for unlocking doors and other information to help aid you in puzzle solving. As with many adventure games of this type, it's important to thoroughly search your surroundings and look at items multiple times. Every time I found myself stuck it was a simple issue of not searching a given area well enough.

That said, as with most adventure games, the Starship Damrey’s pace can slow to a crawl if you happen to miss a vital piece of information. . Luckily, due to the small size of the game, it isn't too difficult or frustrating to go back over every area you've been to looking for missing information. There are a handful of good “jump” scares peppered throughout the game, but after the first ten minutes you begin to realize that nothing that horrible is going to happen. Most of the creepy atmosphere is presented through tension building, which, while effective, could be done much better if the game had a musical score. There is music during cutscenes, but unless you discover a particular item hidden in the crew quarters that will start a music track, then you'll be playing the game listening to the constant, nearly unbearable whirring of your AR scurrying through the hallways.

I didn’t find the music item until very late in the game, so by the time I did I was alternating between turning the volume off and just having it really low. Unfortunately, a lot of Starship Damrey is designed around audio, and the game’s collectibles (tiny space leeches) make clicking sounds when you’re close to them. Combine the nerve-wracking whirring with the fact that there is no way to step left or right without turning and you have a game that can be, at times, downright frustrating to maneuver. The movement of the AR is similar to a first-person dungeon-crawler, but it lacks the ability to strafe. This means if you’re attempting to enter a door and overshoot it by a bit then you have to turn again, re-align, turn, and then enter the door. This might sound nitpicky, but after two solid hours of mostly going through doors and pixel-hunting space leeches it really begins to wear on you. 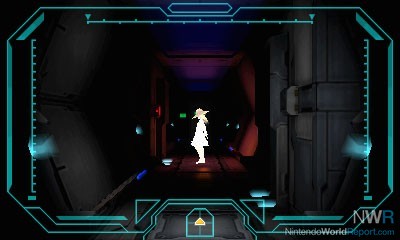 Luckily, what the game lacks in refined mechanics or a musical score it makes up for in story and writing. By the end of the game you’ll find yourself oddly attached to AR-7, your little robot companion, and even SAM, the computer system who occasionally speaks to you. SAM’s dialogue ranges from cold and robotic to downright funny and playful, and AR-7 has a wide range of movements that give him a silly demeanor that I found myself smiling at frequently. In a way, AR-7 is just as alone as you. All the other robots are in disrepair, and you never find a way to fix any of them.

That narrative itself is scattered throughout journals and archives accessible through the main menu, and discovering just what went wrong on the Starship Damrey is half the fun. It’s filled to the brim with twists and humor, but I really would have loved to see the game fleshed out a bit more. Of course, that’s the key issue with the Guild collections: they’re meant to be small doses of gaming. Starship Damrey is just begging to have its mechanics and music revamped and its story expanded. I’d love to spend more time with AR-7 on some creepy adventures, but not before I get that awful whirring sound out of my head.

How many hours of gameplay?

How many hours of gameplay?

Around 2-3 depending on how observant you are.

I found neither the lack of of music or the odd controls to be much of a hindrace- they improve the immersion of the title, which is crucial to the story.

I devoured The Starship Damrey, though it may take a particularly clever soul about an hour and a half to chew through, it's themes of discovery and isolation are so important that every new piece of information feels vital and powerful- and that's the magic of the game. I almost feel as if this review gives a little bit too much away, seeing as I had no idea what I was getting into, I was overwhelmed by the storytelling ability a vanilla experience like this game was. The ending is so gut-punching-ly (it's a new word) good that I almost wanted to start the experience all over again. There's a ton of extras that you can obtain only if you own other Guild games, too, and secrets abound. I would say The Spaceship Damrey is equal in quality and experience with Crimson Shroud, though I'll be pleasantly surprised if Attack of the Friday Monsters can usurp it. It was a delightful experience.

I love the concept of this game and really wanted it to be good, but, based on the reviews I've read, it sounds like a missed opporunity. Like Crimson Shroud and Liberation Maiden, Damrey will be something I pick up at some point (hopefully on offer) as it definitely seems interesting, but I don't think it's something that I need to play immediately.

I was excited to see reviews about this game, but based on the mixed reaction it seems to be getting Starship Damrey will probably be something I pick up later - either when it goes on sale, or after I work through some of my existing backlog first.


Still sounds interesting, just not quite the "sure thing" that I was hoping for.  Considering the price and format, I'm ok with that.