This is the best Grand Theft Auto game on Wii.

“It's my brain converted to pixels,” muses Brian Provinciano, garage developer and mastermind behind what is possibly WiiWare’s true swansong. Candidly, we’re worried about his mental state; Retro City Rampage is absolutely bonkers.

For the past 10 years, Provinciano has dedicated the best part of his life to the project. For the past three, it’s been his full-time job. Developing this 8-bit love letter has consumed much of his leisure time, but is it worth any of yours?

If you don’t yet know the story behind Retro City Rampage’s development, I suggest a spot of light bedtime reading. Like many other indie titles, the tale of how this 8-bit love-in came to be is somewhat endearing. 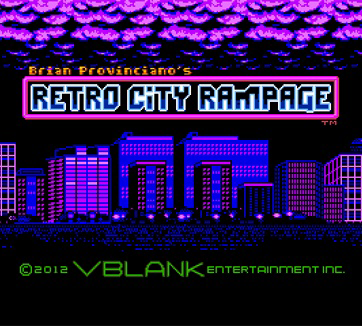 The game started life back in 2003 as a de-make of Grand Theft Auto III. Provinciano actually devised his very own NES development kit, and set about creating a low-tech rendition of the 2001 blockbuster title.

As he experimented with adding assets from other games, he started to throw in references to some of his favourite titles. After a while, Provinciano decided to turn the project into a full game and, eventually, his full-time job. This is the story of Retro City Rampage.

A parodic pastiche of the past two decades of our industry, Retro City Rampage’s primary influence is, of course, Grand Theft Auto. The open-world setup will be instantly familiar to anyone who played the original crime-‘em-up back in 1997. You’ll be jacking cars, mowing down civilians, and partaking in killing frenzies regularly, but it’s not just Rockstar’s game that Retro City Rampage draws influence from.

During Retro City Rampage’s introductory sequences, you’ll be swamped by videogame and film throwbacks and references, both past and present. Sonic the Hedgehog, Super Mario Bros., Metal Gear, Duck Hunt, Frogger, Back to the Future, The Dark Knight and even Bill and Ted’s Excellent Adventure are all referenced within the first half hour. There’s even a Paperboy-themed segment. 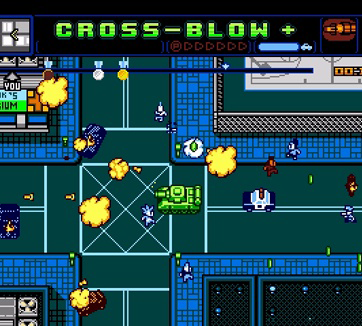 Even at the tender age of 19, I instantly picked up on the game’s plentiful allusions, though I’m sure a couple inevitably passed me by. The game is practically dripping with videogame and pop culture references, satirising – usually cynically – the modern games industry at every turn.

“Congratulations, you died,” reads the death screen, sarcastically notifying you of your -9x life count, which has literally no impact on your progress, score, or enjoyment of the game.

“Game Genie, transport me to the other side of town!”

“What? I thought you wanted the game to last 40 hours!”

The script is razor sharp, smart and, at times, genuinely hilarious. There were times when I laughed aloud at Retro City Rampage’s brilliantly eccentric characters and self-referential scenarios, times that I find to be all too rare in today’s increasingly humourless gaming landscape.

The game controls largely as you’d expect. A Classic controller or Classic Controller Pro is recommended here, as the twin-stick layout is the optimal setup for the more intense shooting segments. With the Wii Remote, you’re at the mercy of the computer’s auto-aim, which is never ideal. 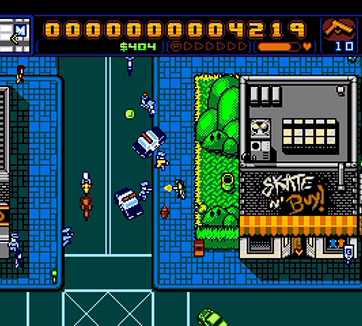 The action is hugely varied in terms of gameplay styles and objectives. The 62 missions offer a plethora of scenarios; some feel like Metal Gear, some feel like Cannon Fodder, and some feel like straight-up Contra, but they all retain the quirkiness and unique style that Provinciano has so lovingly injected. Despite this, prolonged playing sessions can start to feel stale.

Depending on your level of expertise and patience, Retro City Rampage’s story mode will run you from six to twelve hours. Outside of the campaign, though, there is a truly staggering amount of content to be enjoyed. There are over 40 arcade challenges, and even a free-roam mode. There are arcades to visit, skateboards to ride, and donkeys to bet on. You can even ride a gorilla.

Completing arcade challenges allows you to unlock a plethora of playable characters, including Meat Boy, Bit.Trip Runner, and even Steve from Minecraft. It’s almost incomprehensible to think that Retro City Rampage is a mere 10MB download.

It’s practically impossible for me to fully cover the sheer number of distractions. Unfortunately, while the amount of side content is admirable, little of it will truly hold your attention for any meaningful length of time. 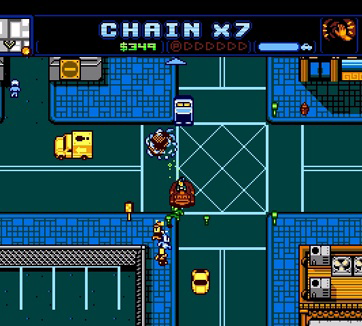 Patience is something you’ll need a lot of if, like me, you’re not accustomed to the brutality of the 8-bit era. Later levels are trying, but include fair checkpoints, so difficulty rarely becomes an issue. A difficulty option would have been nice, though it could have potentially detracted from the game’s old-school authenticity.

The game’s story leaps from place to place in whimsically unpredictable fashion. “A single laser-like focus was never the vision,” claims Provinciano in what is possibly the understatement of the year. The storytelling is brilliantly frenetic, regularly mixing up perspectives and themes, alluding to an almost dream-like sequence or drug-induced trip. It’s the only way the narrative could ever keep up with the gameplay, and it’s tremendously entertaining to watch it unravel.

The Wii version is perhaps the definitive one. Provinciano says he’s addressed a number of issues that critics picked up on when the game launched on the PlayStation Store back in October. It also features a PC- and Wii-exclusive mode called ROM City Rampage. This prototype allows you to experience a version of the game as if it was actually running on NES hardware. Honestly though, it’s a neat experiment and nothing more. Perhaps it would resonate more with an older, more nostalgically attuned audience.

Still, this is practically the same game the Xbox 360 received last month, and the same game the PlayStation 3 received back in October. If you’ve bought the game on either of those platforms, there’s nothing here that can justify a double dip. It’s doubly disappointing that the game will launch on the slowly dying WiiWare service, rather than the Wii U eShop. 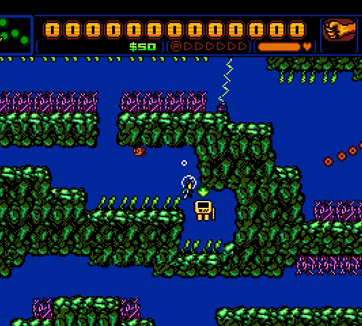 It’s plain to see that Retro City Rampage has been a labour of love for Brian Provinciano. That’s a term that gets bounded around too readily (Randy Pitchford, I’m looking at you) but here, it holds true. This man has tirelessly poured his heart and soul into this project for almost a decade, simultaneously developing for five different platforms.

The fact that one person could invest so much time and energy into singlehandedly crafting a videogame is heart-warmingly refreshing. On that basis alone, Retro City Rampage is utterly commendable and should be supported.

What you’re actually doing in Retro City Rampage isn’t always fun, but it’s at once so charming and engaging that you can almost always forgive it. Its irresistible quirks and idiosyncrasies make for a package that is too joyous to not recommend, and there are far worse ways to spend ten hours and ten bucks.

A sharp, witty script, videogame and pop culture references galore, and a nostalgia-inducing soundtrack make Retro City Rampage a worthwhile endeavour for anyone looking to take a vacation to the 8-bit days of yore. Just don’t expect to permanently relocate to Theftropolis after your brief weekend visit.

Great review man. It was a good read.

The game sounds interesting, but I won't be picking it up. I would definitely find the constant references and attempts at being retro to be grating. I'm ok with games adopting retro aesthetics as a style, but for that to be the main focus of the game seems really off-putting to me. I still hope the game does well though. WiiWare deserves to go out on a win.

*That last image really brings back some painful memories. TMNT on the NES absolutely kicked my ass as a kid, and that level in particular was soul destroying*

Got this on wii u's wii mode last weekend. Taking my time with and enjoying every minute.

I can't remember the last time I used the Wii Shop Channel. I kind of miss the music.

I can't remember the last time I used the Wii Shop Channel. I kind of miss the music.

lol the music is awesome. rfn used it for now playing i think for a while