A flame-boyant game you shouldn't miss.

That description doesn't carry the same connotation as it would when scrawled atop a college essay. Developer Tomorrow Corporation’s carefully crafted experience is equal parts melancholy and joy, a Wii U eShop game that plays in ways you may expect, but with enough twists and surprises to make it something entirely new. 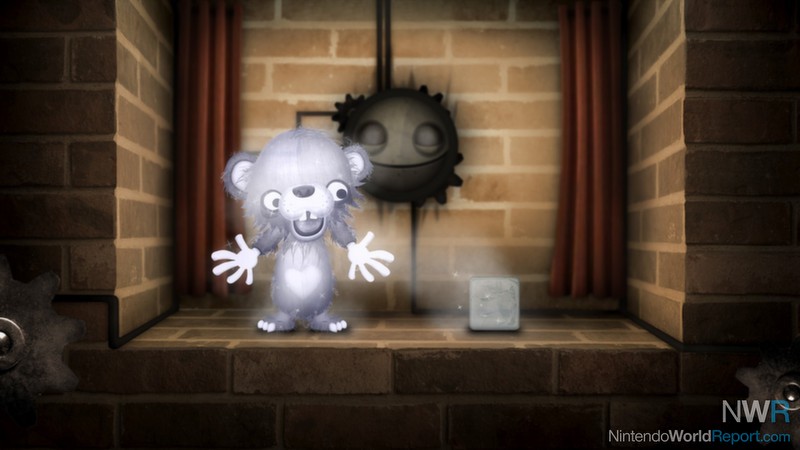 Even a cursory glance at the game inspires mixed emotions. The visuals are goofy, but the unassuming items you choose to place inside your Little Inferno quickly become off-putting when set ablaze. A school bus toy smolders as the "children" inside scream, until the bus is nothing more than ash.

Using your Wii Remote (standard or MotionPlus variety), you purchase items from a catalog to place within your Little Inferno. The game's narrative implies a frigid world where your only heat comes from a children's toy called the Little Inferno Entertainment Fireplace. You can't stay warm from the sacrifice of your own belongings, of course—you'll need to buy new ones. Things don't seem so much about fun when you know you're poking the flames that keep a child alive while a conglomerate profits from your suffering, though you can dull the hurt by playing the game elsewhere—Off-TV Play is possible on the GamePad's touch screen. 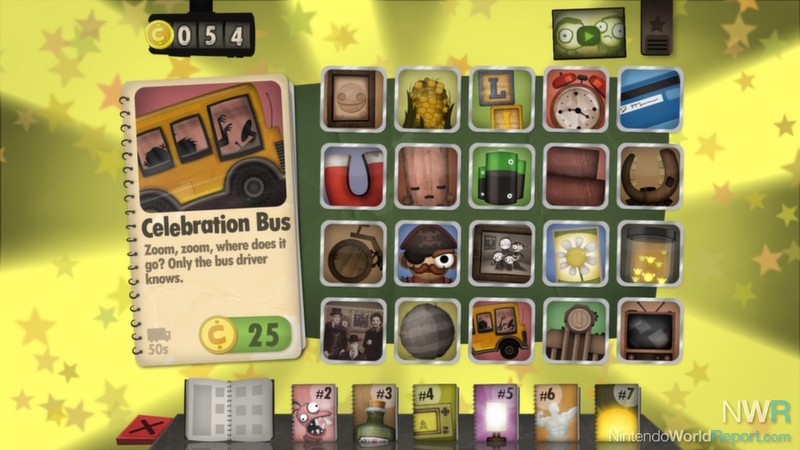 The largest question surrounding Little Inferno is if it's a “game” at all. I'd prefer to avoid the question of what makes a game, and instead affirm what makes Little Inferno fun. Little Inferno requires you come at it with an imagination, and the ability to experiment. You can never get stuck (the game always doles out coins), but that's just to avoid frustration. The real fun comes from mixing and matching what goes up in flames. You're presented with a combo list early on, where you'll find names such as Generations Combo and Movie Night Combo. Discovering what items these recipes require is on you.

Now you're reading the unsettling descriptions of the items, testing them to see how they react to your flames. The fun comes from discovering how to create these combinations. As you progress, new catalogs open up, and new recipes for disaster are born. Throughout it all, there is no penalty or time restrictions, just you and your improvised kindling. In this way, Little Inferno is a genuine sandbox, and you'll only get out what you put in. The official Miiverse Community of the title (known as the Little Inferno Community) proves this concept, as you and others gather to discuss findings and ask for help. 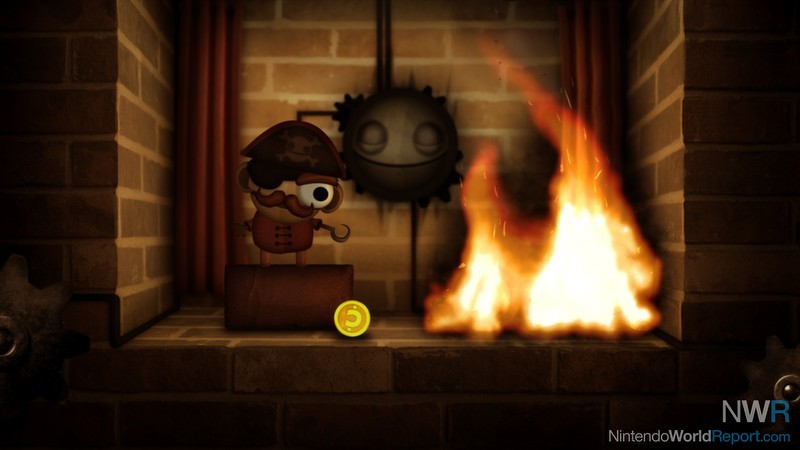 Little Inferno's narrative is delivered in a literal sense; everything arrives via in-game mail. The more you play, the more you get. As disheartening as it sounds, it's enjoyable witnessing the minds of the senders descend into madness with each passing letter. Sometimes you're asked to share items for use in their own Little Inferno, which result in disturbing replies that detail their findings. It's a joy to have this odd world fleshed out, and it ties into how you play quite nicely.

So is Little Inferno a game? I'd wager that it doesn't even matter. Adopting the rigid structure of a more traditional game would do more harm than good in its case. Little Inferno is terrific the way it is, and doesn't need to conform just to fit inside a box. In the end, it’s enough to just snuggle up around the fire and keep it well fed.

That's fair. However, I will say that this isn't something that requires nothing of you but to goof off. There are objectives, and fun comes from figuring out how to complete them.


Like I said, it's a sandbox. But it's one that really keeps you interested. it's not the same toys everyday. There's always something new to play with and things to discover.


And it's weird. Which is awesome.

I really hope it gets a demo because its very tempting. I tend to like quirky things like this but this seems like a gamble to me.

I don't know about this 'game' man. I just don't know. From everything I've seen and read it doesn't seem...you know...fun. Alot of people seem to be digging it, which is cool, but I'm not sure I quite understand what the appeal is. Burning different combinations of items to unlock combos which unlocks money which allows you to buy more items for you to burn. Mechanically, it just doesn't sound all that interesting to me. I do, however, appreciate that one of the main draws here is the unique story telling and characters.

I don't know about this 'game' man. I just don't know. From everything I've seen and read it doesn't seem...you know...fun. Alot of people seem to be digging it, which is cool, but I'm not sure I quite understand what the appeal is. Burning different combinations of items to unlock combos which unlocks money which allows you to buy more items for you to burn. Mechanically, it just doesn't sound all that interesting to me. I do, however, appreciate that one of the main draws here is the unique story telling and characters.

So.... "everything I've seen and read it doesn't seem...you know fun."
Yet next sentence is... "A lot o people people seem to be digging it."

See any contradictary thoughts there?

I agree $15 might be a bit too much for a game that maybe doesn't have a concrete end, but don't people buy the Sims, Animal Crossing and mobile games with that same premise in mind?

So.... "everything I've seen and read it doesn't seem...you know fun."
Yet next sentence is... "A lot o people people seem to be digging it."

See any contradictary thoughts there?


That makes no sense whatsoever.

Regardless of whether or not other people are digging the game, that doesn't change the fact that I don't think the gameplay looks fun or that when I've heard the premise and mechanics explained I also don't think it sounds interesting. In fact, if you had continued your quote you would have gotten to the part where I said "I'm not sure I quite understand what the appeal is". Where's the contradiction there?

This game is unique, worth playing, strangely addicting, and definitely not worth $15. Just on a pure content level having this cost the same as World of Goo is kind of ridiculous.

This game may look and sound like a physics sandbox, but it doesn't feel like one. It is actually very good at providing structure, the early item combos are puzzles that you are eager to solve, and then the game rewards you with more catalog items, puzzles to solve, and those disturbingly captivating letters from your neighbor.

I thought this game wouldn't create any drive for me to play it. Instead I found myself staring into the fire two hours later trying to unlock the next catalog or solve one more combo puzzle hint.

I didn't buy this game at launch because I didn't understand it. I'm glad I later gave it a chance.

Does anyone remember screwing around with the physics in halo, where you would put a bunch of grenades under other stuff and then blow it all up and see what happens? This games seems like a game built on the very concept of gameplay, which to me, isn't really a game. Cause messing around with physics was entertaining, for a little bit, but in the end it's just mental masturbation. That's like "nobody won or lost, cause we're all winners" kind of mentality. The purpose of games is challenge, and story. Whenever i see little games like these and others on iPad and iPhone it just makes me sad like we are eliminating the challenge in games in order to dumb down to the lowest common denominator so people don't feel bad they lost?


Now, I say this without having played the game, and I don't like saying this about a game developed by the creators of World of Goo. As I did find that game enjoyable and fun

NeoThunder, you couldn't be more wrong about this game. Don't make such divisive assumptions.

There is a great deal of challenge in this game in trying to figure out what each combo is. It's like a logic puzzle in that regard.

Also, there is an oddly compelling and weird story prevalent throughout.

Don't sleep on this game. It's amazing.

That's fair, a part of me does reserve judgement based on the fact I haven't played it at all. It's hard to buy a game based on such a description though

For the record, I do NOT consider this a physics game. This is a puzzle game. You use written hints to deduce what items to combine to progress in the story. Physics plays no part in that, just in making the fire visuals immersive and captivating. This game has more in common with Point and Click Adventure Games than any other genre.

Neothunder, I don't know if you'll like this unique, satirical, indie game. But I DO know that I hated it when my friends stopped playing Halo in favor of launching Banshees off the Gun turrets of Scorpions. And I'm happy to have played and beaten Little Inferno.


So much for not judging it before playing.

I bought this game yesterday using some deluxe digital reward money before the sale ended.  I wouldn't have given it a chance without the free money but I am very glad that I did.  The gameplay itself is fantastic and addictive.  I kept setting little goals for myself, like 'I'll stop playing when I get to the next catalog' and invariably I would just keep on playing.  One criticism I have is with the story which veers far into 'pretentious indie games' stereotypes, but that doesn't detract in anyway from the fun of going through the catalogs and figuring out combos.

Late to the Party, just finished this. Really liked it. Great writing, lots of subtle, dark humor. I think I would classify it as a puzzle game, but that isn't really the point of it all.