Scribblenauts makes the jump to home consoles with style.

After its hype during E3 2009, Scribblenauts on DS wasn’t quite as magical for me. The idea was sound, but the game’s progression was not engaging and the puzzles had a lot of easy workarounds, rendering the idea of creating any object you can think of almost pointless. Super Scribblenauts, the DS sequel, added adjectives and improved the progression; however, it still didn’t grab me. The newest version, Scribblenauts Unlimited, is, as a Wii U launch title, the first in the series on a home console. The game also happens to be a full realization of the Scribblenauts concept. 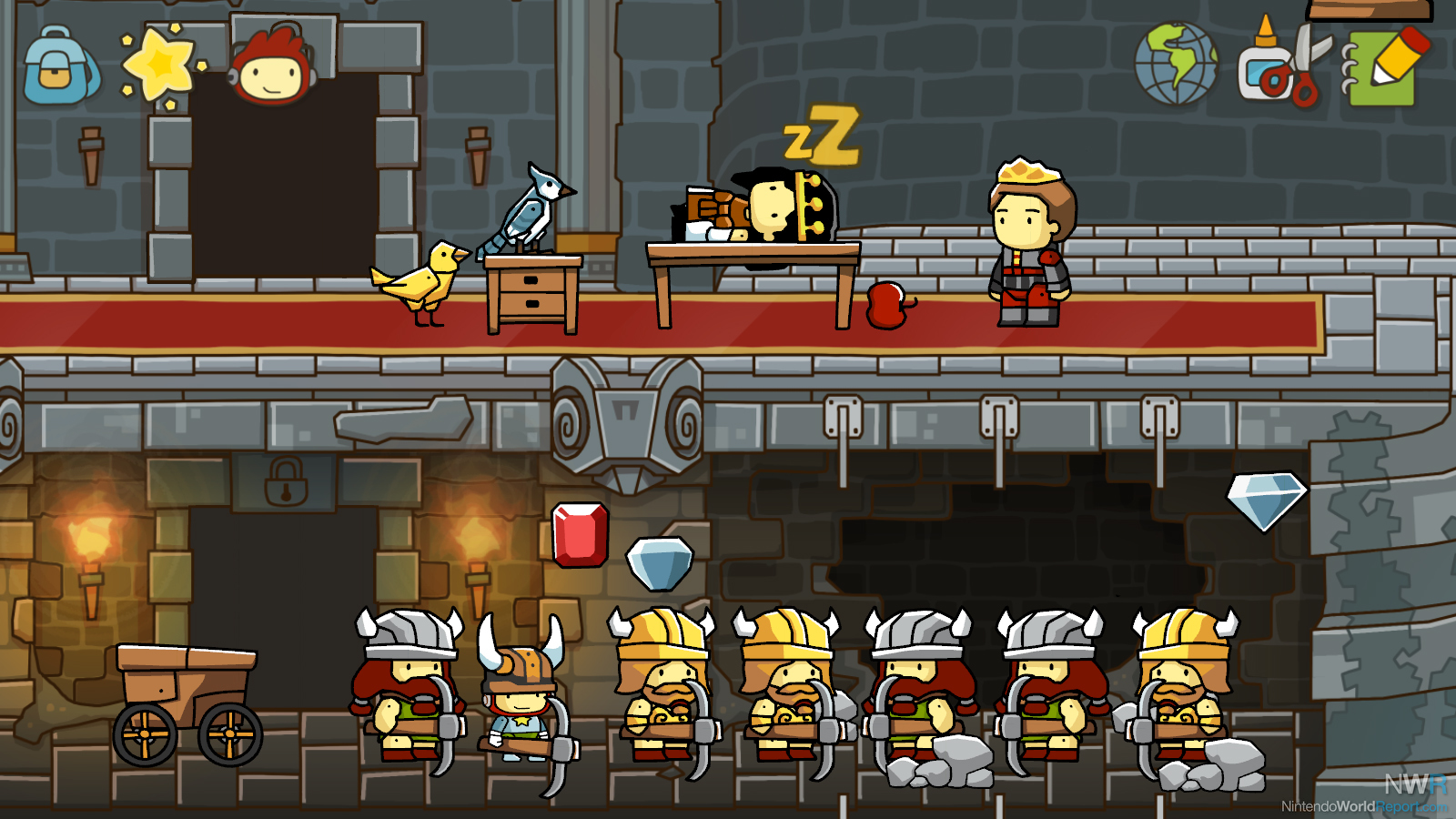 The basic mechanics are still in place: you type words that then spawn objects that you use to solve puzzles, or play around with in the various environments. The most meaningful system in Unlimited, however, is the new Object Editor, a shockingly capable system that lets you tweak and create objects to outrageous detail. Developer 5th Cell has said it's more or less a user-friendly version of the tools they use to make the game. The Object Editor is a bit daunting, but if you spend time with it, you can create some masterpieces. The game even features an online component where you can share your creations with friends and random people. I found one online store where the player had created a variety of Pokémon in the Scribblenauts style.

Unlimited also introduces a seemingly innocuous wrinkle to the franchise: a backstory. You see, Maxwell, the game’s rooster hat-wearing star, is one of 43 kids. He receives the powers of a magic notebook, while his only sister, Lily, has the ability to go anywhere in the world. It's a light narrative wrapper, but it’s effective in lending the game place and purpose, and making the proceedings more directed and meaningful, even if they devolve into whether or not God will beat Cthulhlu.

The game is comprised of more than 40 levels, which contain tons of clever puzzles, and take place in distinct locations including a Jurassic Park-esque level and a haunted mansion. The only real knock against the puzzles is that some of them border on trick questions, with the player not knowing that he can and must manipulate certain background objects to succeed. Still, the variety and breadth of locales is wonderful, and the fact that Unlimited’s relatively normal areas mix so well with its numerous crazy concept areas is a testament to the strength of the game’s idea and the fantastic art style. 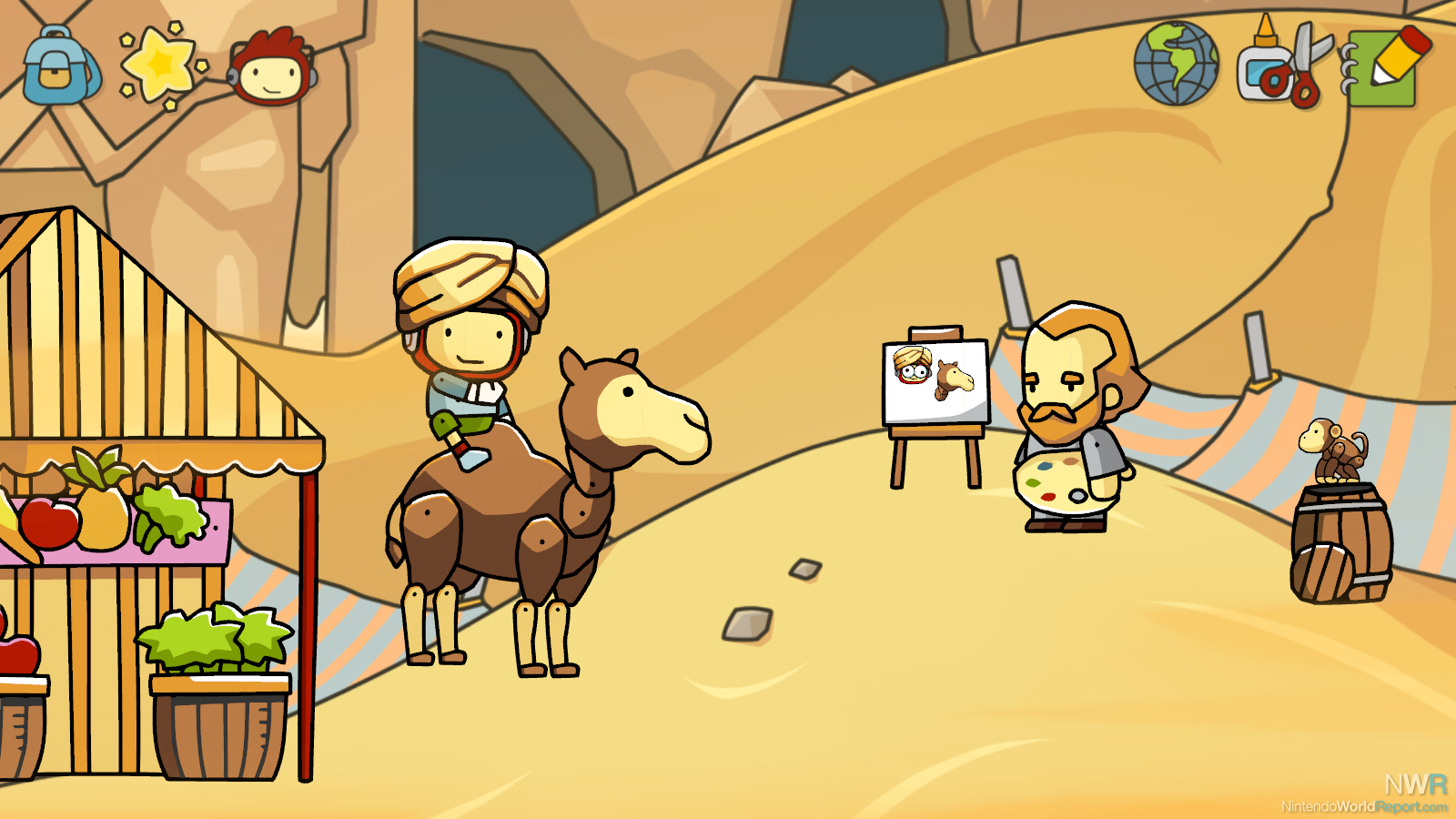 Unlimited also delivers a fantastic feedback loop, with well-executed solution jingles and animations. It is always refreshing to see Maxwell pick up a Starite and rock out, and the game is structured so that you always have the opportunity to do something, even if you get stuck on a puzzle. Instead of unlocking levels one-by-one, you unlock loosely linked areas that you can through in any order, giving the game a nice nonlinear progression.

On the Wii U, the game works even better because of the communal multiplayer experience it offers. Players can sit around and brainstorm words while one person takes the helm on the GamePad, typing them in on the touch screen with a finger or a stylus. Up to three other players can even take up Wii Remotes and control created objects (but not the special Mario and Zelda characters). The multiplayer is more of a bonus than anything else, but it's still fun to be able to control various objects. 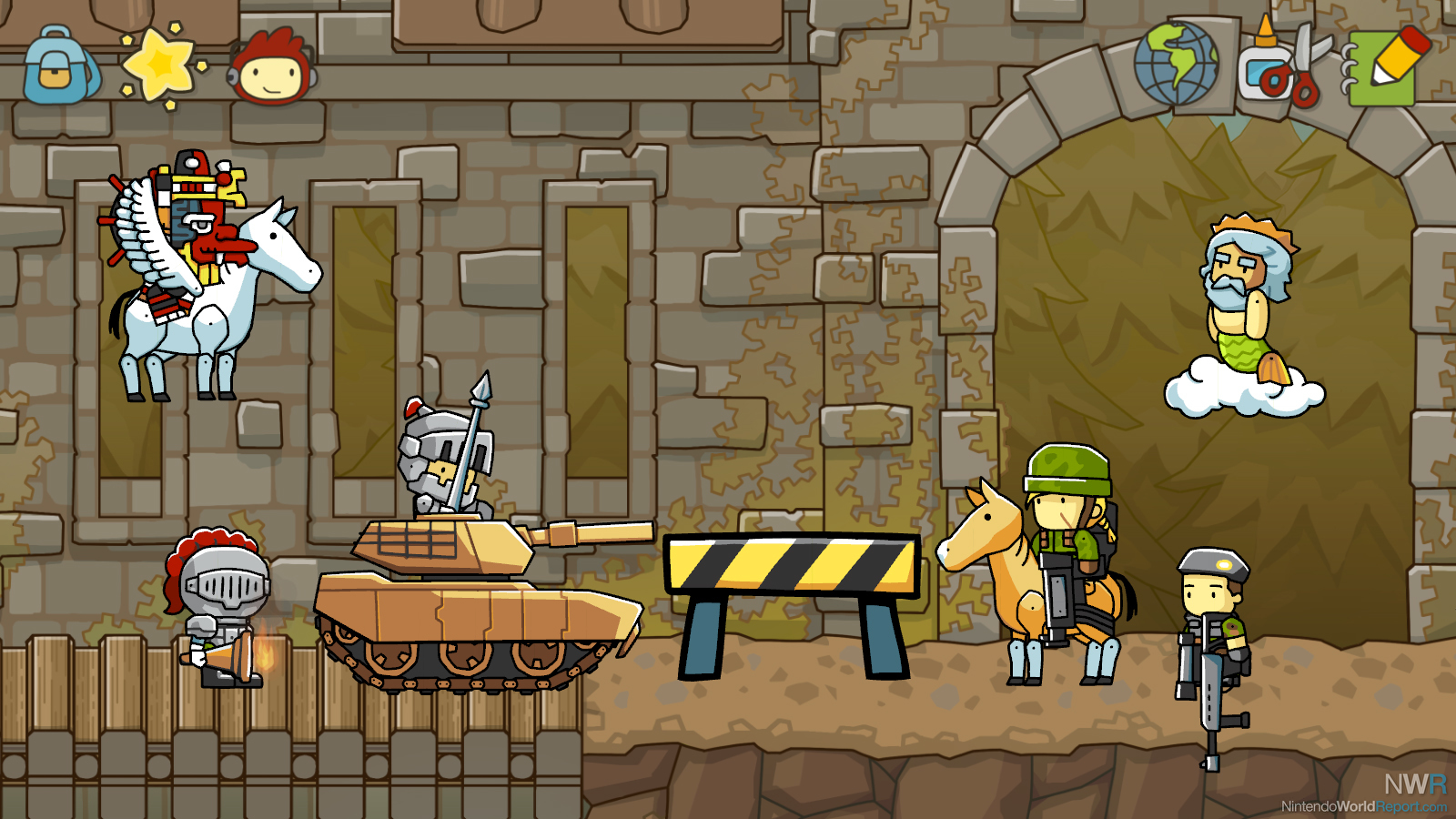 As most Wii U games should, Scribblenauts Unlimited supports Off-TV Play. You can pretty much do it at any time, as the GamePad generally shows the same image as the TV, but all you have to do is select an option in the pause menu to make the music output from the GamePad instead of the TV. Off-TV Play is quick, easy, and excellent.

Scribblenauts Unlimited is a polished and fun launch game. It is the purest realization of what makes the series so fun to date, and proves that, after so many portable iterations, Scribblenauts might actually be best suited for the TV and Nintendo’s Wii U GamePad.

Very sad that it's not coming out in Europe, Wii U or Steam versions:

we regret that we must announce a delay in your order Amazon.de.

We appreciate your understanding: Unfortunately, the release date for the bottom or the quoted after item from your order # 028-3300018-8713155 of 31 August 2012 changed and therefore the expected delivery date:

I wanted to play it with my friends when i will get my system... 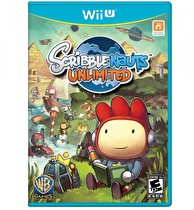