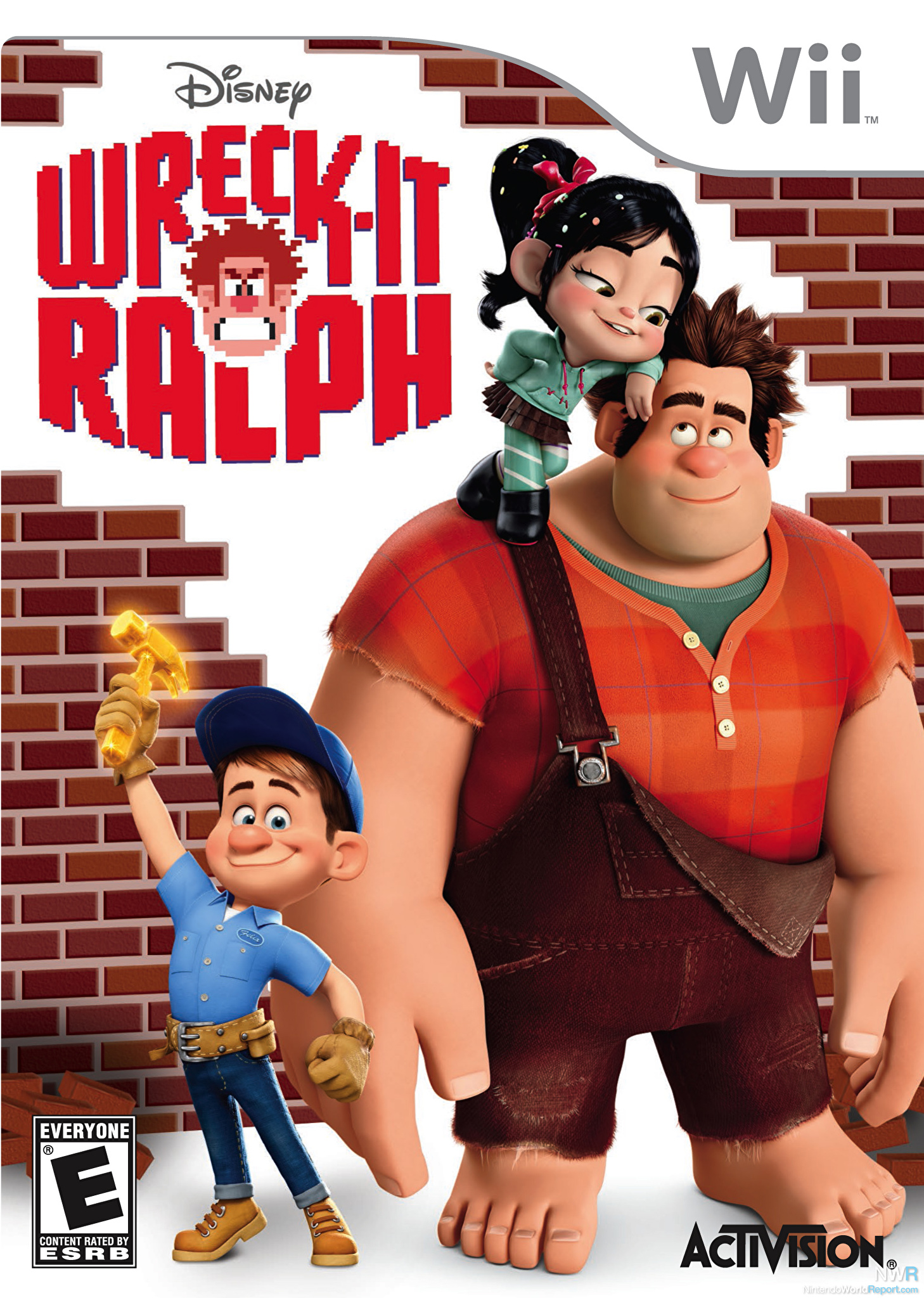 Wreck-It Ralph, the game, takes place immediately after the events of the movie. Playing as both as Wreck-It Ralph and Fix-It Felix Jr. you must rid the world of cy-bugs, the only enemies you face in this game. The game starts out nicely with a cut-scene and ends with another. Sadly this is not carried throughout the game and instead these are replaced with still pictures. In the cut scenes, all the voice acting is spot-on except for Ralph, who sounds congested and unconvincing.

Over the course of the game you travel through four worlds, one level select hub world and three game worlds themed after fictional games from the film. These worlds are Game Central Station, Fix-It Felix Jr., Hero’s Duty, and Sugar Rush. In the movie, each game was a different genre, but in this game they are all just 2D sidescrollers. That would be all fine and dandy if not for the fact that each level is an exercise in poor game design.

Each world has four stages along with one boss level. The worlds seem to only contain one background that varies very little from stage to stage. The Hero’s Duty world is the worst offender with many parts of the world featuring merely a wall as the background.

To progress through each level, you must switch between Ralph and Felix. While not a wholly original idea, it could have been interesting had there been multiple ways to get through each level. There are not, though; each level is quite linear and pretty easy to figure out. In case you get confused, you can just look at the signs with the characters faces to know who to use. There are even signs to warn you off pits not to fall in, just in case the difficulty level in this game was just too hard.

Another big problem with each world was the music, which was okay, but doesn’t change much at all as the world progresses. By the time you reach the fifth level you can mute the volume and just hum it yourself. It compounds with the background art that varies little and overall stale level design into an inadequate gaming experience.

The graphics in this game are awful. Not awful in that annoying fanboy “oh the Wii is a last-gen system” kind of way but awful because nothing is pleasant to view. The character models are blurry and the backgrounds’ polygon count is so low you could probably get out your abacus and count it out yourself. I say abacus because that word fits in with the last-gen, dated feel of this game. To be fair though, the Wii Menu screen for this game is a cool 8-bit style Ralph clomping around a tree stump.

This is a very easy game. Extra lives are given to you frequently, both in the form of pies and every time you collect 100 medals. I was able to get to 95% completion in less than two hours.  This included getting the bonus eggs and hero medals in each level that unlocked concept art. The only challenging parts of this game were some unfair jumps. Thankfully every time you die one of the characters has a mean quip to spout at you. My favorite was Sergeant Calhoun saying “Welcome to failure town.”

After the game is finished, a “new game plus” mode is unlocked with a harder difficulty setting. There is no multiplayer mode, nor any other modes to speak of. Sadly they did not even put in the Fix-It Felix Jr. Arcade game that is available on IOS, a big disappointment considering how much more this game costs.

There are a few saving graces. Wreck-It Ralph represents the fantastic characters from the movie well. The opening and ending cut-scenes are entertaining and comical. Yet those positives cannot make up for the poor quality of this game. Every time a movie game comes out based on a property I like, I cringe. It is sad to see your favorite characters in awful situations and this game is just another example of a poor movie tie-in. Activison clearly put minimal resources into this game and it shows.

If you have a child, or adult for that matter, who really enjoyed Wreck-It Ralph do him or her a favor: Instead of buying this game for them for Christmas, buy them a Wreck-It Ralph plush. If you somehow bought this game, buy one for yourself too so you will have something to hold on to when you cry after experiencing this game.

A shame that the best animated movie of the year (and one of the best movies overall) has such a dismal game based on it.

in other news, water was confirmed to be wet

But the games were designed before the actual game was developed! How could you mess that up? 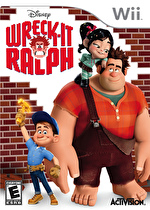