It is what it is.

Pokémon Dream Radar has not been explained well in advertising. Pokémon fans likely know how it works, but the casual player likely knows nothing more than that it uses the augmented reality features of the 3DS, and that playing it can unlock the special forms of some legendary Pokémon. After writing a preview about it earlier this year, that's probably as much as I knew about it, too. After playing for a few days, I can report that there is a lot to love... if you are part of a specific group of people.

Right off the bat, Dream Radar introduces Professor Burnett, a new Pokémon professor who studies the space in between dreams. Burnett tasks the player with using a capture system to obtain various Pokémon and items, as well as orbs to fund her research for better capture mechanisms and upgrades for your capture arsenal. 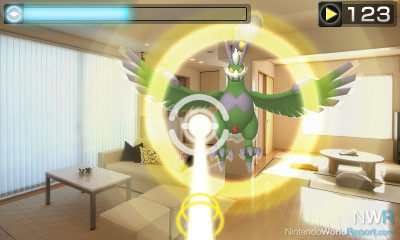 The actual game is set up in an AR environment. Wherever your 3DS points is used as the background. In the foreground, however, are a limited number of pink and gray clouds. Shooting a pink cloud with your capture beam grants green, pink, or orange orbs that act as currency to buy upgrades that do things like increase the time limit to catch a Pokémon, increase the amount of clouds that show up in a given round, or make capturing Pokémon easier. Shooting a gray cloud grants either more orbs, or a larger energy orb.

When this happens, the capture process begins. The multicolored energy orb races around your field of vision, and to capture it you need to shoot it with your capture beam (which thankfully only requires the A button and not the touch screen) while avoiding the projectiles it throws (which decrease your energy, or the time limit). The longer the beam stays on its target, the more energy fills up in the capture bar. Once the bar is filled, the orb is caught and it is revealed whether you captured a Pokémon or an item.

Pokémon or items captured can be transferred to a copy of Pokémon Black 2 or White 2 inserted into the 3DS card slot. The entire process takes only a few moments and can be done as often as Pokémon become available for transfer. The creatures I sent over at the beginning were only level 30, but later creatures sent were at 40, leading me to believe that this is connected directly with progress made. Moreover, as far as I know, there is no goal or requirement in Black 2 and White 2 that must be met before receiving Pokémon, so you could theoretically have a level 30 Tornadus by the time you get to the first gym. 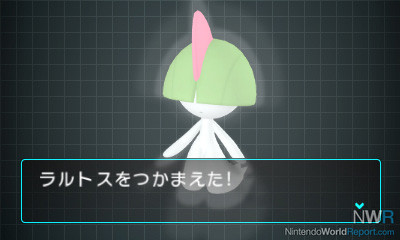 Of course, the big draw to Dream Radar is that new, exclusive forms of the legendary Tornadus, Thundurus, and Landorus can be captured and transferred into Black 2 and White 2. Over the course of the game, Burnett will be doing research on the device required to encounter one of the three legendary Pokémon. To "complete" her research, a total number of orbs need to be obtained overall, counting those already spent. Tornadus can be met and captured fairly quickly; Thundurus required a day or two more work; and Landorus needed a few extra days after that to meet. When you unlock one of the new legendary devices, a lone gray cloud becomes visible. Shooting it spawns not an orb, but one of the three Pokémon, and the capture process is nearly identical to the one described above. However, these creatures have a much higher stamina and much more effective blows than regular captures, though none of the three were too challenging.

To prevent the game from being broken, after shooting all the clouds in a round (between 10 and 30, depending on upgrades), the player needs to wait for clouds to respawn (a few minutes per cloud, and up to one or two hours for the entire round, depending on upgrades). The option is available to use five Play Coins to refill all your clouds automatically, but that can only be done up to three times per day. Although an annoying limitation, I begrudgingly admit its necessity in a game like this. 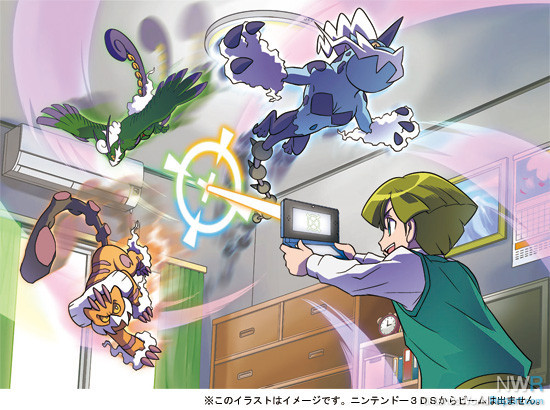 As a Creatures, Inc. developed application, everything is highly polished and works as it's supposed to. It's not especially fun (though my face-off with each legendary critter was a heart-pounding experience), and the clear purpose of the application is to obtain Pokémon and items to transfer to the upcoming sequels. If you plan to own either Black 2 or White 2, this is a necessity, as it will give you a leg up in the game (as well as some exclusive Pokémon). If you don't plan on getting either game, don’t mistake this title for a neat eShop diversion. There is nothing here for you.

Prototype for a new Snap? If only the new Pokemon game was 3DS exclusive. The last I played to the end was Diamond and before that Gold on gbc and red on gb. This sounds cool anyway for those who are getting B2W2.

The fact that this is $3 means I won't feel bad about strip-mining it week 1 and only playing it again for the bonus 4th gen box mascots when I find my Platinum/Subpar Silver cards.