Those with a bone to pick with the African fauna may still want to wait for a better game to satiate their bloodlust.

I was initially drawn to Outdoors Unleashed: Africa 3D by its absurd trailer that showed your character mowing down herds of probably endangered species running past the screen to mellow African-sounding beats. Surely there would be at least some comedic value to a game with a trailer this unbelievable.

Well if you're considering getting the game for a laugh, please put that wallet back in your pocket. The absurd trailer should be enough to satisfy you. The actual act of playing the game is rather tedious. First, there is no hint of tongue-in-cheek in the game, and nothing shows that the developer recognized the absurdity of eradicating African wildlife that for the most part doesn't fight back. Second, very quickly you become desensitized to the slaughter and even the helpless squeals of the meerkats and hares you blow up with an elephant gun won't make you smirk.

So that is for people considering a purchase as a joke. What about those who simply want a light-gun style game on the go, and don't especially care what the subject matter is? Can the game scratch that itch when "you just want to shoot things"?

The game has 35 stages that last from two-to-four minutes. Light gun games can already be repetitious, but when the creatures you shoot at do not fight back, you are left with even more basic gameplay than usual. The developer chose to spice things up by making you lose points when you shoot the females of a species, preventing you from simply mashing that trigger while sweeping your sight across the screen. In addition, consecutive kills build up a combo for more points, but unfortunately the higher thing to aim for is a gold medal for each mission, which isn't a hard goal to reach. Some animals, such as crocodiles and lions, DO pose a threat, but they attack rarely and are dispatched easily. I never got a Game Over screen despite some cheap shots, such as attacks from animals outside of my field of view that were impossible to hit.

Some care has also been taken to vary the environments and help stave off the tedium of always doing the same thing. Beyond the old trick of revisiting the same places during different times of day, the game has you move through savannahs, sparse jungles, rickety rope bridges, villages, and swamps. Occasionally, you even get to board a jeep, a boat, or a helicopter (as if the odds weren't already enough in your favor), but issues get in the way of fully enjoying the diversity the developer tried to inject. First, nothing really looks that great thanks to muddy textures and simple geometry. But the framerate will also stutter on occasion, and other problems, such as the absence of helicopter sounds in the helicopter scenario, take you out of the experience.

Add inconsistent hit boxes (birds are surprisingly forgiving but hares need perfect aim), a "trophy" system that does nothing but encourage grinding, and small annoyances such as your loadout not being saved when you come back to the game, and it is fair to say that fans of the genre should probably wait for a more polished product.

I think it's a really fun stupid game. A good price and enough content. Sometimes you want something brainless. 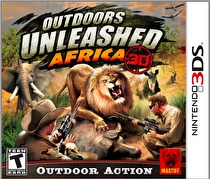