Who knew math could be fun?

Puzzle games often fall into stereotyped categories. By mostly avoiding these generalizations and relying on its unique mechanic, Ace Mathician delivers a different kind of experience. Altering the environment through mathematical equations is both a simple and complex idea, and Ace Mathician takes advantage of many of its possibilities.

The game is relatively short, coming in at under two hours. The length shouldn’t turn anyone away—Ace Mathician is filled to the brim with content. Each level has an end goal, as well as three collectible stars. Collecting all the stars in a certain set of levels unlocks even more challenging puzzles. Going for just the goal was never enough—I always found myself collecting all the extras. 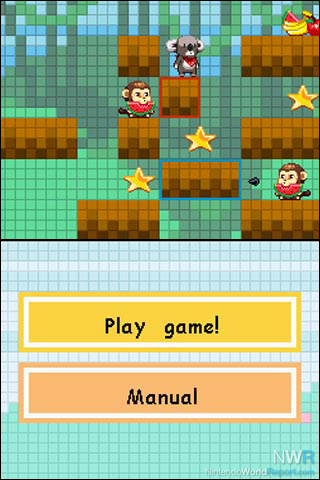 Getting to the goal and collecting stars usually requires some thought. In each stage, you utilize the touch screen to create math equations, and then manipulate certain platforms. For those with little mathematical knowledge, a guess and check method eventually nets you the answer. After the initial stages, enemies (which are also affected by your manipulation of the environment) are introduced. The later stages grabbed my attention—not only did I have to plot my own path to points in the stage, but also plan for enemies’ actions. This deeper level of thought is always what I look forward to in a puzzle game. However, new ideas seem to dwindle in later levels. Each level appeared to have a similar solution, making them all less impressive.

Ace Mathician is a short and sweet game built on a promising idea. The gameplay warrants the purchase, and everything else about the title makes it entertaining. Ace Mathician may not look like much, but shows its worth in a sea of DSiWare puzzle games.