Revenge against what, exactly?

PopCap’s new Zuma game, Zuma’s Revenge, further proves just how powerful an addicting game can be. Zuma is closing in on quite a milestone this year, actually. Unbeknownst to this writer, this fast-paced tile-matching puzzle series has been around for close to 10 years. With unique gameplay and creative power-ups, the it has good reason for lasting so long. 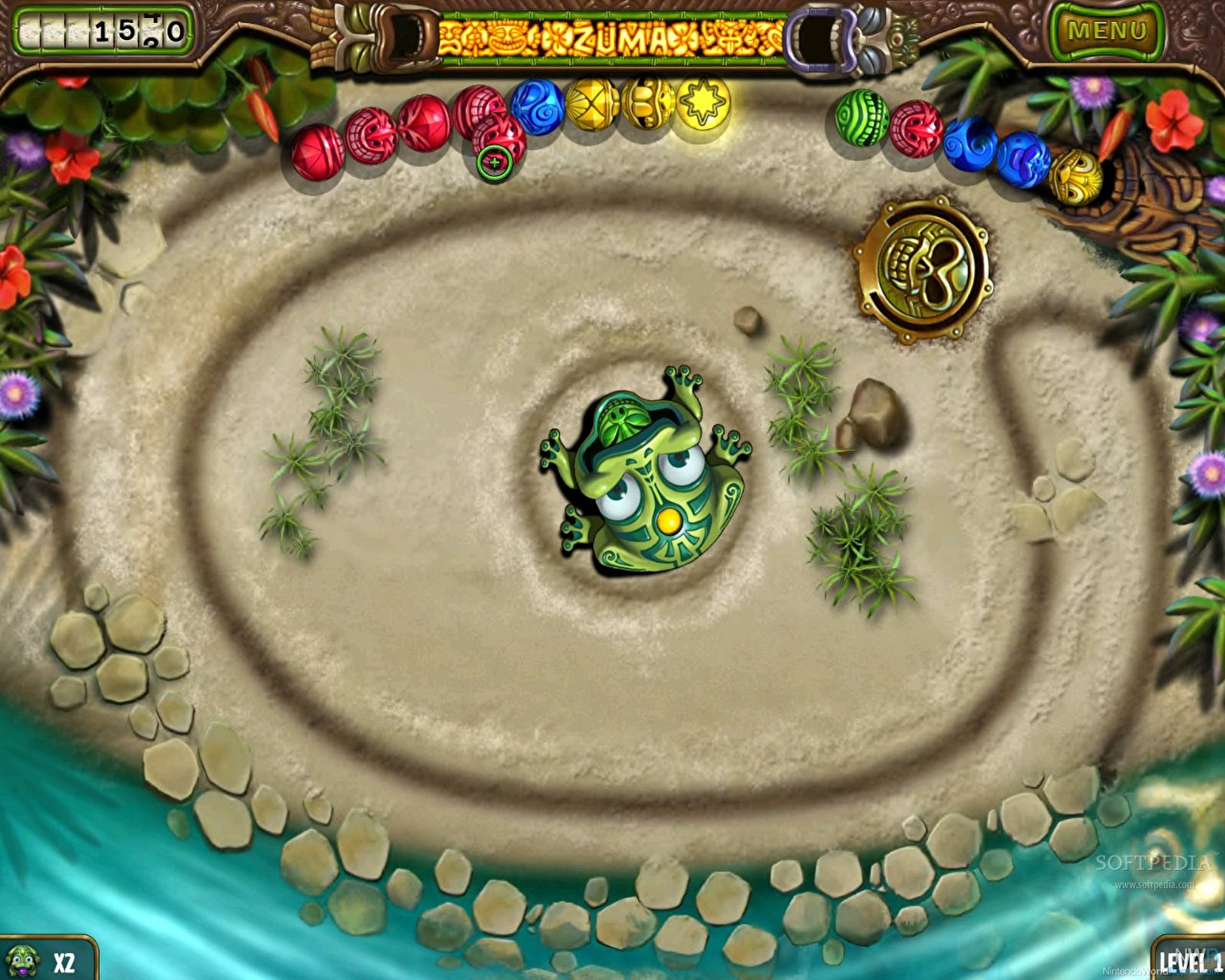 The objective of the game is fairly simple: clear the board of all the colored balls making their way to the game-over skull. Each level contains a unique and creative map, which the different colored balls make their way through. It is up to the player (in the form of a frog) to launch and create chains of same colored balls, effectively clearing the level when all the balls have disappeared. There are also boss battles and challenge maps in the game. The boss battles are a huge highlight, at least for me. I appreciated how each boss had a unique set of attacks and effects, which forced me to create a new strategy for each encounter.

The gameplay is smooth, easy to pick up on, and never frustrating. Using a stylus (or a finger), players flick the balls across the screen. Players can also move their frog avatar to different positions on some maps via the touch screen. 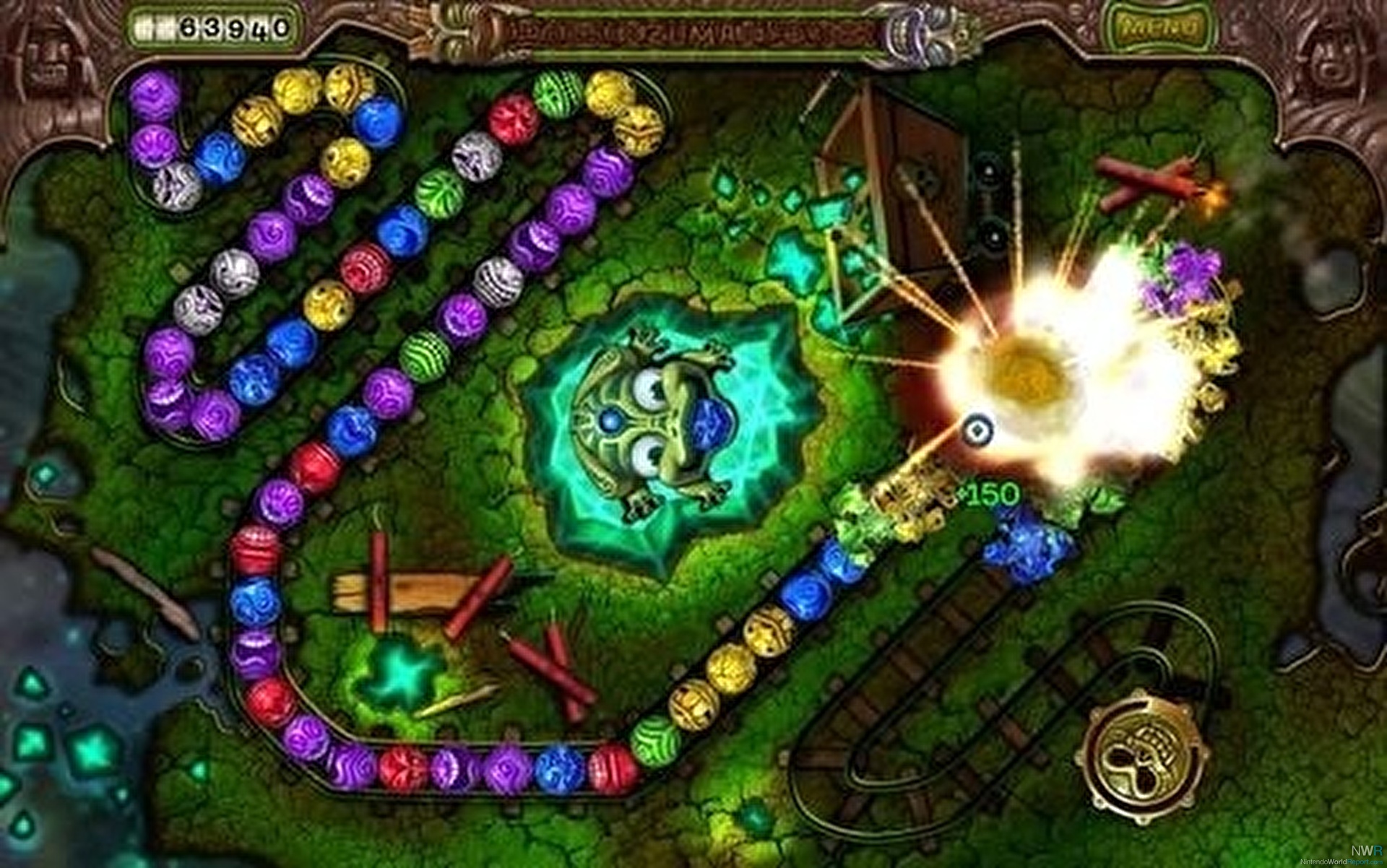 A frogs, several colors and infinite balls. What more can you ask for?

Zuma’s visuals and sounds are nothing phenomenal, but they don’t necessarily need to be, and with no story or foreseeable goal aside from completing each level, the game’s basic nature works well. I found myself coming back time and time again, just trying to get a better score after completing the game.

Zuma’s Revenge is an exceptional pick-up-and-play game. Fun to play when and wherever, this kind of game is best experienced on a portable game system, and now it is.