Doctor Lautrec and the Forgotten Knights

Doctor Lautrec is like Professor Layton if Layton was a total jerk and his games were a mess.

It’s rather obvious that Doctor Lautrec and the Forgotten Knights is inspired by Level-5’s Professor Layton series. Unfortunately, despite the lavish presentation, Doctor Lautrec is an upsetting disaster of a game with approximately four different gameplay methods that are all half-baked, bland, and repetitive.

The presentation does deserve credit, though. Emboldened by the 3D display, Doctor Lautrec looks fantastic. It does seem like it apes Layton’s style, but regardless, Doctor Lautrec is a good-looking game. The character designs are fun and often over-the-top ridiculous, and the Paris setting looks great. Even the voice acting, of which there is a lot of, is solid. Unfortunately, the characters don’t really know when to shut up, as there is a lot of needless chatter that you’ll undoubtedly mash the A button through. Also, while Paris looks great, most of the game’s action takes place underneath the city, which looks significantly less pretty. 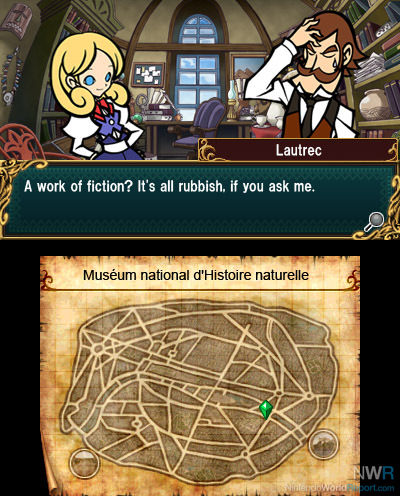 There is a heavy emphasis placed on exploration, which is nothing more than a chore. To kick off each quest, you aimlessly go to various points on the map, enter them, and then watch as the Doctor and his teen-girl sidekick Sophie bicker about how this isn’t the right place. The game never really lets you solve any mystery, as you just watch while other characters solve the mysteries for you. The Layton games occasionally do something similar, but they do a much better job of giving you the illusion that you are solving the mysteries with Layton, as opposed to just watching him solve mysteries.

Much like the Layton games, you solve puzzles, but there are roughly five different types of puzzles throughout the entire game and none of them are rewarding or appealing. Some of the puzzles are spot-the-difference games while some of them are mini-Minesweeper clones. Hell, you can even place words in a crossword puzzle. That’s right; you don’t actually solve a crossword puzzle. You take words and fit them into a crossword puzzle. If you ever devalued puzzle master Akira Tago’s involvement with Layton games, let Lautrec’s abject puzzle failure be a harrowing reminder of how quality puzzles are seemingly difficult to make. 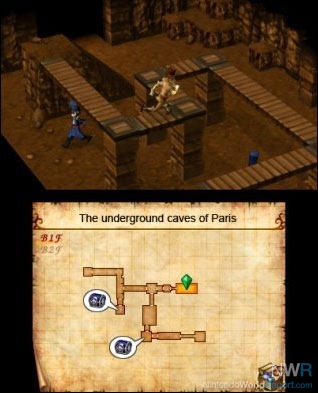 Those aren’t the only puzzles in the game, though. In the game’s various dungeon segments, you control Lautrec from an isometric perspective as he runs around and avoids guards. In these sections, you have to clumsily move boxes to open up passageways. It’s slow-paced and frustrating. The whole mechanic comes off as a combination of the stealth and block puzzle segments in Zelda games. Historically, those are usually players’ least favorite elements of Zelda games, and in Doctor Lautrec, they are the extent of the game’s dungeon traversal.

In those dungeons, you occasionally find yourself fighting a Treasure Animatus. You see, in the world of Doctor Lautrec, treasures have ethereal spirits that fight each other. Basically, it’s like Pokémon if Pokémon had a confusing battle system, forgettable characters, and obtuse restrictions. There might be more than 100 Treasure Animatus to collect, but with limited types and no personality to each treasure, it’s like collecting slightly interactive loot.

Doctor Lautrec and the Forgotten Knights is interesting only in how miserably it misses the Layton mark. While its presentation is wondrous, the actual game part is terrible. No part of the game succeeds enough to make the other parts worth slogging through. Unless you’re hard up for a game that slightly resembles much better games, you are best off avoiding Doctor Lautrec’s debut journey at all costs. 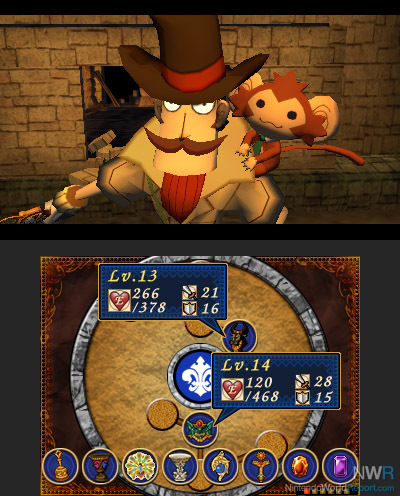 I'm not surprise considering I played the flash game demo back then, which I felt had bland and boring puzzles. And I also agreed that the Doctor is a jerk, and a show-off at that.

Excellent! I just bought this about an hour or two ago!

Glad to hear it's bad..... hehe. Even though I'd love to see those 2D scenarios in the Layton games when people talk. 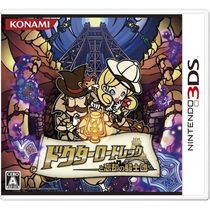