It may not have golden pantaloons or 255 missiles, but this action-packed take on the Metroid formula is still worth your while.

Majesco's Monster Tale is an exploratory action game for Nintendo DS developed by DreamRift, which was founded by individuals from the Henry Hatsworth team. A fan of Castlevania and Metroid games that became frustrated with Hatsworth, I was curious to see how the team would handle the so-called "Metroidvania" subgenre. While Monster Tale (like Hatsworth) suffers from some weak level design, the game largely succeeds thanks to its engrossing combat and integral pet mechanic.

Monster Tale stars a grade-school girl named Ellie who has been magically transported to a world populated by sentient monsters. Ellie quickly meets her partner, Chomp, and together they must overthrow the Kid Kings—other children originally from Ellie's world who have seized power and subjugated the native inhabitants. While the "power of friendship" theme is trite and most of the personalities are predictable, the storytelling is inoffensive and occasionally humorous.

The game borrows heavily from Hatsworth. Most notably, Ellie handles uncannily similarly to the charismatic gentleman. After a few early upgrades, Ellie can shoot balls of energy from her magical wristband and perform melee attacks with her sword-like satchel. Using her blaster depletes her energy meter, which is in turn refilled during melee combat. Like the elderly adventurer, Ellie has a deliberately slow running pace and a distinctly floaty jump. Even her wall jump upgrade feels suspiciously familiar. Throw in Ellie's heart-based health bar and a shop selling optional upgrades, and Hatsworth veterans should feel right at home. While Ellie's move set initially felt somewhat stodgy, after a few more early upgrades I found them to be well balanced against baddies' attack patterns and provide a marked contrast to Chomp's abilities.

And Chomp is indeed useful. Despite its Tamagotchi-like appearance, the pet mechanic is really more of a riff on the Castlevania series' familiars. While on the top screen, Chomp lends the player an assortment of mostly offensive moves (mapped to the shoulder buttons).  Since Chomp teleports to Ellie's location to execute most of its attacks, these moves effectively behave as an extension of Ellie's core move set. Some clobber nearby enemies, while others have a wider or longer range. The pet also will float around the screen and occasionally pummel baddies on its own, and can double as a living shield by absorbing damage from baddies and their projectiles. Chomp's energy meter is slowly drained when Chomp is on the top screen, and is more quickly depleted as Chomp executes moves or takes damage. Moving Chomp to its home on the bottom screen allows it to speedily recoup its energy. If Chomp's energy is depleted, its moves are unavailable and it can be temporarily knocked unconscious.

Initially Chomp has no special moves or traits at all. Ellie's friend gains new moves and improved statistics as it earns experience points and levels up. Chomp earns experience by participating in battles and by consuming/playing with items (usually item drops) Ellie collects on the top screen. After gaining enough experience, Chomp will evolve into new forms, allowing him to unlock new offensive or defensive moves, statistic-augmenting accessories, and other elemental affinities. The player is free to switch amongst forms at will; however, abilities are initially tied to the form in which it was learned. By equipping and then mastering abilities and accessories, they can subsequently be equipped in any and all forms. The catch?: each form gains experience separately. Switching to a Level 1 form increases the risk of death, yet only by regularly using and building up initially weaker forms may the player expand his arsenal of attacks and unlock even more forms.

On the bottom screen Chomp is mostly autonomous, consuming whatever items come its way. Some experience-building items double as attacks, such as a soccer ball that bounces around the top screen. Deepening on Chomp's statistics (based on his form and level), he is more or less responsive to his environment. Players can direct Chomp's attention when necessary by tapping the screen, such as to dispatch of an enemy that's pestering Ellie from the bottom screen or direct consumption of a particular item.

Although explaining the pet mechanic takes some space, impressively, it never feels tedious and rarely gets in the way of what is ultimately an action game. Being a "Metroidvania" game, Monster Tale offers a cohesive world to explore in which iterative upgrades to Ellie's move set enable further exploration. Although it has some challenging sections, Monster Tale is far gentler than Hatsworth, catering to a broader audience. Kill rooms, mercifully and to the game's benefit, are far less heavily used and almost entirely contained to the final portions of the game. Sadly, the game goes a bit too far, accommodating less experienced gamers at the expense of veterans by always and immediately directing the player where to go next on the map. Sometimes the player must find unmarked switches to reach that target, but they are always in the same general vicinity.

Exploration is further stifled by a dearth of optional upgrades and a simplistic world design. The game map includes a handful of side paths harboring heart or accessory containers (or, more commonly, money). However, it does not have the secret passageways and plethora of squirreled-away upgrades that make Metroid and, to a lesser extent Castlevania, so appealing. Nor are the different sections cleverly interconnected: the hub-and-spoke layout often makes back-tracking a chore—especially given Ellie's plodding pace. The game requires the player to revisit virtually every area of the game at least once yet fails to provide substantial differences on subsequent visits via room modifications, alternate routes, or the accrual of game-changing abilities. Most of Ellie's upgrades are incrementally useful in combat but still feel like glorified keys. Chomp's abilities are definitely interesting, but since players choose Comp's evolutionary path, the developers wisely ensured none of them were vital to progression. All-in-all, the limited interaction between Ellie's upgrades and the environment are a missed opportunity. Beating the game took me over eight hours, and roughly half of it felt like padding—albeit enjoyable padding.

Monster Tale is a fantastic action game stinted by pedestrian exploration.  Fortunately, consistently engaging combat and pet evolution systems temper the game's overreliance on backtracking, and its pleasant visuals and soundtrack suit the game well. While not the best of its kind, Monster Tale is a well made game that that fans of the GBA and DS Castlevania games absolutely should experience.

Henry Hatsworth never came out here, I hope this does.

A fan of Castlevania and Metroid games that became frustrated with Hatsworth, I was curious to see how the team would handle the so-called "Metroidvania" subgenre.

The game sounds fun, but as someone who loved Hatsworth's challenge, I'm afraid that this game will seem a little too simplistic for me.  I might check it out if it drops in price as quickly at Hatsworth did.

I don't mind challenging games, but Hatsworth's kill rooms got old quickly, and I never got a good feel for the interactions between the action and puzzle modes. As a result, that game felt obtusely difficult, repetitive, and not fun.

Yeah, it took me over half the game to really "get" the puzzle/action interaction, but once I did it was awesome. Still hard as hell, but it feels like a glorious challenge. All those seemingly arbitrary incremental upgrades you can buy suddenly start to make a tangible difference every time.

I'm just happy to know that this game is good.
People should buy it for the Fun, not the Loli flat chest. 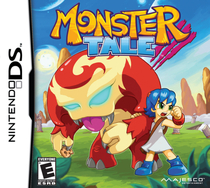