Some games are better off left in Japan.

Samurai Warriors 3 is the third installment in the Samurai Warriors series and the first to be released on a Nintendo platform. Even though Tecmo Koei and Omega Force have handled the distribution and development of past games, Nintendo got its hands on Samurai Warriors 3 and published the game in territories outside of Japan. For those expecting the game to be at the same standard as many of Nintendo's other games, they will be disappointed to hear that Samurai Warriors 3 is a horrid entry into the Wii's ever-growing library of games.

Samurai Warriors 3 is a fast-paced action game in which players make their way through hordes of enemies in order to complete a set of objectives. The game focuses on the unification of Japan. There are more than 35 different characters playable, each of which has their own unique skills and weapons, as well as their own perspective on the game's story. This adds some extra incentive to try out each of the game's characters, though it would have been nice if the story was a little more interesting and less predictable.

Aside from the story mode, Samurai Warriors 3 also plays host to numerous other modes such as the "Murasame Castle" mode, which is based off of The Mysterious Murasame Castle, a game originally designed for the Famicom Disk System by Nintendo. This is mode allows players to use a character that they have unlocked or one that they have made battle cooperatively via Nintendo Wi-Fi Connection with other games around the world. While this recreation of the original Famicom game is a nice addition to the package, it, like the rest of the game, becomes incredibly repetitive and lackluster after a short period of time due to its similarity to the main adventure. The core concepts are identical with the missions playing out like the ones in the rest of the game. The only reason why one might want to try this mode out is as a noveltly, to see what the Japan-only Famicom game was like.

Samurai Warriors 3's biggest fault is that the gameplay becomes tedious very quickly. Even thought the thought of blowing through hundreds of enemies might seem a little interesting at first, players will quickly discover that it is not. There are only so many waves of enemies you can wipe out before you feel as though you have lost your incentive to play. It would have been nice to see some variation in the gameplay to make it feel somewhat more engaging and enjoyable.

There are also a fair amount of unlockables, the chief among them being the numerous playable characters. While you will have to endure the game's horrible gameplay in order to gain access to this content, those who stick to the game will ultimately  be rewarded with a rather satisfying game. Hardcore fans of the genre might be able to have some fun with the game, but for everyone else, it would be wise to look into some of the Wii's other titles.

Same old shit with a higher number at the end, then.

Actually, it's the second in the series to be released on a Nintendo platform. The first was the 2008 game Samurai Warriors: Katana, which was also on the Wii.

I don't have much interest in this genre, maybe I would get it in the $5 bin though.

It runs at 30 frames-per-second, which could come as a disappointment to some gamers.

This review seems to be more trashing the idea of the Dynasty/Samurai Warriors games rather than this specific installment. Based on the review, it sounds like it's pretty much exactly the same as Dynasty Warriors 3.

Actually, it's the second in the series to be released on a Nintendo platform. The first was the 2008 game Samurai Warriors: Katana, which was also on the Wii.

I don't have much interest in this genre, maybe I would get it in the $5 bin though.

That was a spinoff though.

It runs at 30 frames-per-second, which could come as a disappointment to some gamers.

More Wii games run at 60 than HD games, the HD games usually sacrifice framerate and resolution to throw prettier graphics in there.

Samurai Warriors 3 isn't so bad but I do have to admit that Sengoku Basara is the superior title if you are comparing both.

Awwwww.
I actually love the series.  I don't like the 4.5 rating, however.
Are you saying that this game is as bad as games like, Deer Captor and Escape From Bug Island?


The game's a lot more fun than what you say.  It's just really repetitive.  It's about as repetitive as countless random battles in multiple jrpgs that can go on for tens of hours, but it's fun for those who like it.


I know this is just the reviewer's opinion, but the gameplay isn't horrible.  It's about as good as most beat-em-ups, except in most of those games, you only have maybe just one attack button, and just a handful of moves. (TMNT: Turtles In Time's 4-hit combo wouldn't fly by today's standards, huh?)


While the game isn't great, it's not bad.
It's decent, and should be placed above all other crappy ones, that are TRULY crappy.


What can be done about this?
How about rating crappy games lower?
The average rating of 5 should be average, not "bad"  It's middle of the road, not falling off into the shovelware pile.

In a regular beat 'em up you're at risk of dying while fighting regular enemies, in a Dynasty Warriors game they hardly attack you. That makes the mass "combat" completely dull and boring to most players. Boring is a VERY bad attribute for a game that's supposed to be fun. Now add the extreme difficulty imbalance of fighting heroes who can kill you within seconds if you do something wrong and force you to redo 20+ minutes of mindless bashing just to have another shot at fighting them and you got tons of boring interspersed with frustration. Or in short, a bad game.

This response it 5 years too late, however I thought I would contribute nonetheless.  I've only recently discovered the WARRIORS series and would have had no clue about it back when this review was written.

"In a regular beat 'em up you're at risk of dying while fighting regular enemies, in a Dynasty Warriors game they hardly attack you. That makes the mass "combat" completely dull and boring to most players."

I've played at least one campaign across all the main DYNASTY WARRIORS and SAMURAI WARRIORS titles.  What you're describing has not been my experience at all.  Once you crank the difficulty up a notch, even the basic mooks start to get aggressive.  They become cruel back stabbers hitting you when you least expect it or cutting apart your life bar from afar with volleys of arrows.  Try and run and they (with an enemy officer leading the charge usually) will chase you around the field and hit you with leaping attack the moment you stop your retreat.

I'm not sure where this myth about the WARRIORS being too easy came from.  When DW2 + DW3 came out, even critics were acknowledging how challenging the games were on Normal difficulty level.  Koei must have realized that the games were too frustrating for average players and turned things down for the 4th entry.  From the 4th game on, archers are nowhere near as dangerous as they were in entry #3.  In fact by SAMURAI WARRIORS 2, their projectiles barely scratch the player and they're quite a laughable nuisance.

However if you look over the history of the series, you notice that, while the general difficulty of the gameplay was going down with each entry, the range of difficulty options was increasing.  In DW2, we had "Hard" as the max difficulty; then we had "Very Hard", and by DW7, we have "Chaos" and "Nightmare".  I think this was Koei's subconscious way of telling it's audience that the newer entries in the series were getting easier and they were providing higher challenge options to compensate.

Likewise, I don't think any player who's experienced with beat-em-ups (classic or otherwise) should start with "Normal".  If you start with "Hard",  the experience is much more rewarding.  It actually does feel like a classic beat em up again in the sense that enemies can take you down in just a couple hits.  You really have to pick your battles on Hard mode and you'll find yourself doing a lot of running from battle.

You've also got to take generational differences into account too when evaluating action games from different eras.  Classic beat em ups like FINAL FIGHT or TMNT were designed for the arcades, meaning they were designed to be cheap and very difficult.  Normal enemies were supposed to kill you in those games so it was ensured that no one player could survive for long without pumping in more quarters.  WARRIORS games are made for home consoles.  Different context.  The developers are far less concerned if you die on one level or rampage through the whole game without a scratch.  Doesn't matter to them as long as you paid the full price in the first place.  Once again, this ties into what I said before...experienced beat em up players should always start modern WARRIORS on Hard if they want to reexperience the same life or death adrenaline rush they got from the arcades.

The bosses in classic beat em ups were cheap as well.  Remember Sodom from FINAL FIGHT?  How about the corrupt policeman who could dissolve over half your health with a flick of his nighstick?  How about Belger with his overpowered harpoon gun?  Or Shredder with his turtle ray in TMNT?  The point of a boss fight is to give you a major challenge...to put all your nerves on edge so all your skills are put to the test.  And unlike the aforementioned games, you do have the option to run away from a boss in a WARRIORS game if you can catch your breath.  Otherswise, the basic commonsense tactics apply: isolate the boss from his minions if possible; go in with full health and Musou gauges, stay on guard, block and counterattack and be prepared for cheap attacks.  Just like Sodom in FINAL FIGHT.

"...and force you to redo 20+ minutes of mindless bashing just to have another shot at fighting them and you got tons of boring interspersed with frustration..."

A lot of modern WARRIORS games have interim saves, so you can save the game right in the middle of the battle and avoid having to cover a lot of the same territory over again.  Once again, another concession made by the use of modern home console technology.  You have the choice to go through the whole level in one go, or you can do it in pieces, maybe even 5-10 minutes at a time.  Once again, the choice of difficulty is up to the player.

In fact, the save system itself does negate a lot of the frustration associated with dying.  In FINAL FIGHT, if you died at Belger and were out of continues, you would have to replay the entire 30-45 minute game over again regardless.  In a WARRIORS game, you can always fall back upon your saves to avoid losing too much progress.

Overall I think the WARRIORS games are earnestly trying to be next gen successors to the beat em up genre.  Theyve got a ton of problems certainly...and I would be glad to elaborate on those in a later post.  Howevet the fact that the series has persisted so longer is evidence that it's doing something right.

Coincidentally, I bought a used copy of this game just last month. I only played it for a bit to make sure it worked, but it seemed decent enough. 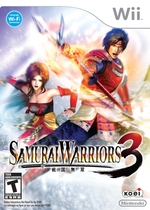