The witch is back for a second encore.

My first year attending PAX West as a member of the media brought with it some amazing opportunities. Chief among them was the chance to play a brief demo of Bayonetta 3, a title that has been hotly anticipated since its announcement, and one with pent up demand after waiting so long for an update. With that said, it was a privilege to check out how our favourite Umbral Witch is fairing these days.

For the uninitiated, Bayonetta 3 is the third entry in a long-running 3D action game series that debuted in 2009. It has gameplay similar to that of the Devil May Cry series, with all the over-the-top flair that only Platinum Games can bring. It's sequel, once a Wii U exclusive, released in 2014. So it's been a while since we've been able to strap on some gun-heels and don some magical hair clothing. Naturally, I started my play session by re-familiarizing myself with the game's control scheme.

Thankfully, controlling Bayonetta feels as good as it ever has. Light and heavy attacks help compliment your dash and dodge mechanics, with Witch Time (i.e. bullet time) making a return as well. In the demo, I had the options of wielding Scarborough Fair (Bayo's pistols) and what appeared to be a new weapon, a type of hammer that doubled as a cannon. Admittedly the slower movement of the latter had me questioning how long I would last in the demo, and so I generally stuck with the familiar pistols.

The demo kicked off in high octane fashion. Joining a handful of homunculi, who seem to have walked off the set of your favourite Super Sentai series, Bayonetta boards the metro and the fighting begins. Immediately, the combat feels snappy and performance seems rock solid as hoped. After the initial fight, I found myself flying through the sky from atop the train. Bayonetta summons Gomorrah (one of her larger than life demons) as it straps four boats to its feet like jet skies going through a city canal avoiding enemy fire like an extreme Wave Race 64. Yeah, it was pretty cool. Buildings crash and cascade like a skyline-warping ocean wave as you barrel through the city. All the while, you can see Bayonetta dancing atop Gomorrah's head, which was an impressive touch.

Next up was some larger scale fighting. Kaiju-type enemies as seen in previous Bayonetta 3 trailers emerged after a brief cinematic. This is where a new gameplay wrinkle comes into focus: summoning your demons for giant monster battles. It's handled by holding down the ZL button, and in this state you control the desired monster, with Bayonetta more or less becoming a stationary target. Should Bayonetta herself get hit, your demon will be dispelled. Their attacks are slow, so taking out the small fries first is a good idea. I had the option to use Gomorrah as well as Madama Styx. Gomorrah had huge lumbering but powerful attacks and Madama Styx had a charm ability to stun targets, which is definitely handy if you can pull off the long wind up. It’s also worth noting that your demons can die, at least temporarily. But don't use this ability without care, or Bayonetta may end up on the underside of a Kaiju's massive foot. I should mention that climax finishers were also present in the demo for smaller enemy types.

A final skirmish with more of the smaller homunculi finished the roughly 25-minute demo, and it only has me eager for more. Whether you're a fan of the series or a newcomer looking to scratch an action game itch, it seems as though Bayonetta 3 is set to deliver the same hair-raising, cranked-to-eleven action that it's done in the past, and I'm looking forward to seeing how the story plays out in this next entry. Bayonetta 3 launches on Nintendo Switch on October 28, and you can be sure we’ll have a full review around release. 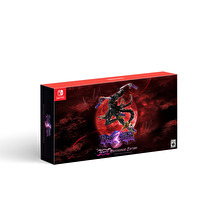