6 Cool Things About the Kirby and the Forgotten Land Demo

Check out the eShop demo available on Switch for Kirby and the Forgotten Land. 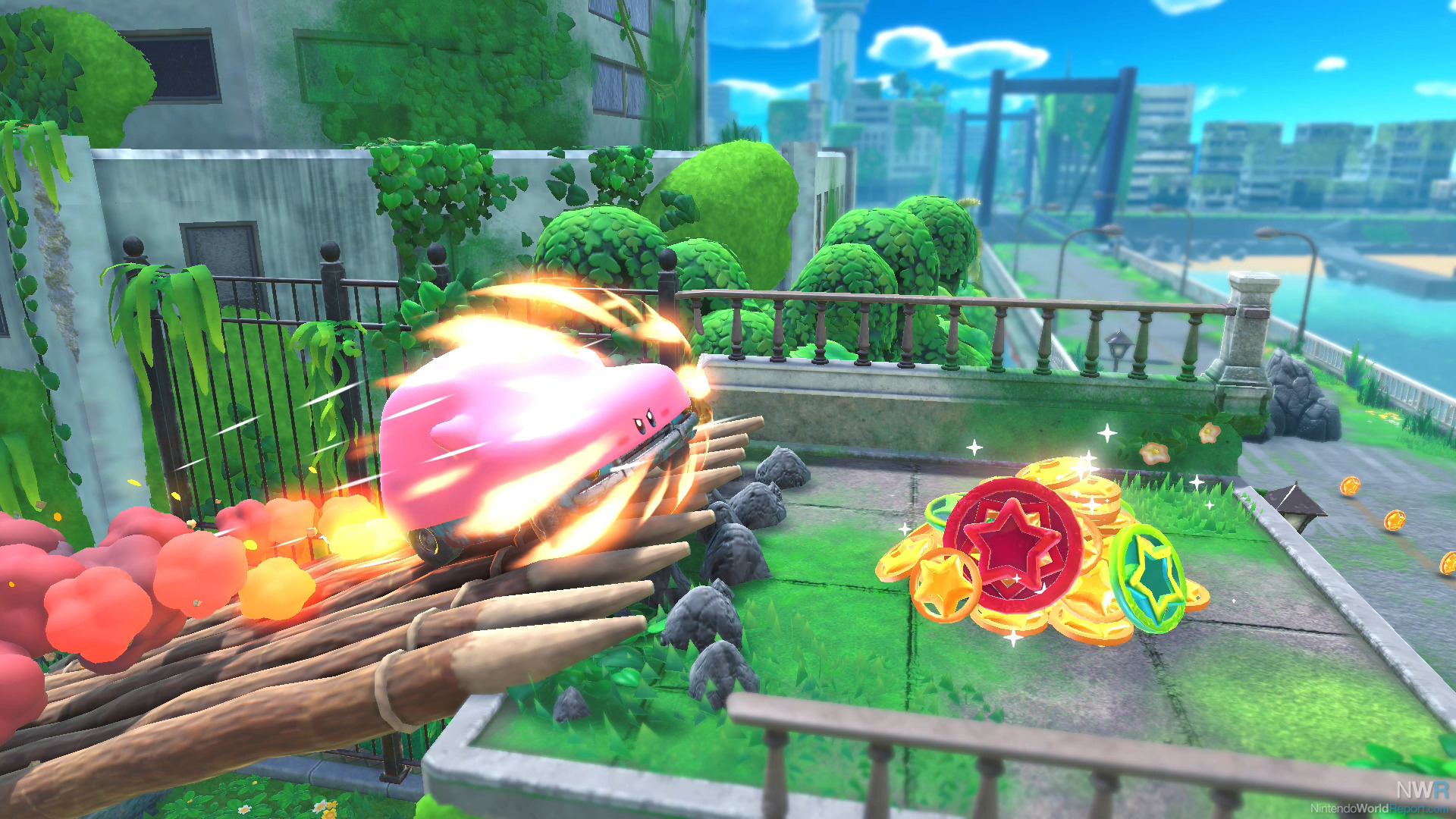 Surprise! A demo for Kirby and the Forgotten Land is available on the Switch eShop right now. Enjoy three levels of the upcoming game at your leisure, but if you want to know some neat things about the demo and the game overall, we got the chance to check out the demo early thanks to Nintendo, so we wanted to highlight some cool things we saw to whet your Kirby appetite.

1. To Get Out Of Mouthful Mode, You Spit

A few Mouthful Mode opportunities are in the demo, showing off the Car Mouth, Vending Mouth, and Cone Mouth already seen in earlier footage. Something that jumped off the screen to me was that when you, as a Kirby with a sedan in his gullet, need to dispatch of the device you are mouthed to, the command to do so is “Spit.” There was just a certain feeling of acceptance and grossness that occurred in me when I realized that Kirby was spitting out that vending machine like he was spitting out a sunflower seed.

2. Most Levels Have Multiple Missions

The demo consists of three stages, but only one of them is a fuller, more expansive stage. Downtown Grassland features five different missions. Plow through it all and you’ll get one of them, which is to clear the stage. The other four are more mysterious, with one of them just being “save the hidden Waddle Dees” and the other three being unknown when you begin the level. At least for this early stage, stumbling upon the other missions is relatively easy as long as you explore the level, but that added layer of exploration could go a long way in the final game, especially as the levels get more complex.

The demo can be played in one of two difficulty modes. Spring Breeze Mode features a lot more health and is the easier difficulty. Wild Mode is more challenging, but you get more Star Coin rewards. Star Coins can net you in-game boosts, including getting collectible capsules and evolving your copy abilities. I can’t vouch for exactly how difficult Wild Mode is, but considering Kirby games have a history of being on the easier side, it would be cool if Wild Mode upped the ante while Spring Breeze gave the patented Kirby breeziness. 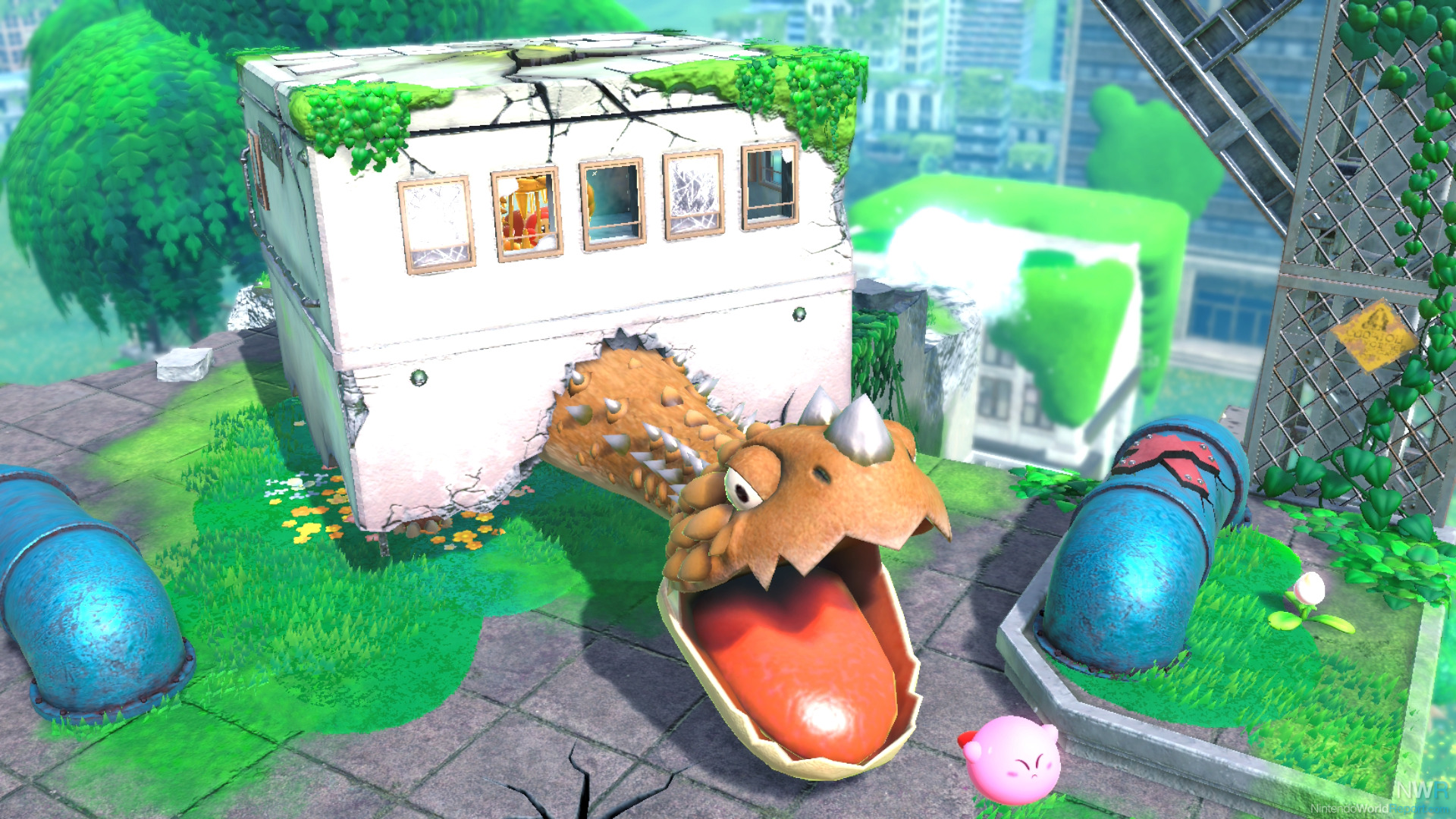 So part of this isn’t that cool. The second player, according to Nintendo, can only ever be Bandana Waddle Dee with his normal set of spear abilities. That being said, the attacks that the bandana-adorned hero has are pretty rad, especially the sweet overhead spin that rains down pain. In general, the co-op in Forgotten Land seems to be geared towards the younger sect, as Waddle Dee’s simplicity might fare better for less experienced players.

5. You Can Freeze the Boss Monkey

The third stage is a boss fight with Gorimondo, a giant, angry gorilla. You have the option to choose from ice, bomb, or sword abilities when you go to fight him and while I only saw how the ice abilities fared, it was really cool to see Kirby be able to actually visibly freeze and slow down the boss with ice moves. I hope that kind of elemental potential keeps up with the other bosses, because it would be very cool to see alternate boss patterns based on what power-ups you use.

While progression in the demo does not carry over to the full game, you can get present codes to use in the main game, giving you some Star Coins and food items. It’s nothing exclusive, but hey, we could all use a little food sometimes. These codes require unlocking Waddle Dee-liveries in the hub town to use and also require online access. They don’t require a Nintendo Switch Online account, however. You do need an NSO account if you want to take part in the online leaderboards, though.

The game keeps getting better and better the more I hear about it.  The multiple missions and optional time trial area's will be a great way to offer more challenging content for more experienced players like myself.  One of the reasons why Return to Dreamland and Mass Attack are my favorite Kirby games.  Return to Dreamland had the challenge rooms and Mass Attack had the medals for each level, which helped make them more engaging then the usual Kirby games.

This game looks to be taking from my favorite Kirby games and combining them together.  Yeah this is looking like a real winner.