The developers of Creature in the Well are bringing a stylish and chill mech adventure game to Switch this summer.

I first heard about Stonefly—the next game from Creature in the Well developer Flight School Studios—in a summary paragraph inviting me to check out a guided preview of the game on Discord. It was described there as “a tranquil mech action-adventure game” and from that moment, I was incredibly interested in seeing more about what Stonefly was. It also helps that Creature in the Well was an incredibly neat game.

Then I saw what Stonefly actually is and well, I’m still on board. You control Annika Stonefly, an inventor from a small town who takes her dad’s prized mech for a joyride, loses it, and then must go on an adventure to find the family heirloom. Most of the gameplay takes place in an isometric perspective among leaves and branches as Annika pilots a bug-like mech. You’re generally looking for resources that funnel back into upgrading your mech. Some of them can be effortlessly collected whereas other resources are found when dealing with enemy bugs. Though some of those bugs aren’t necessarily aggressive; they just want their piece of the resource pie. 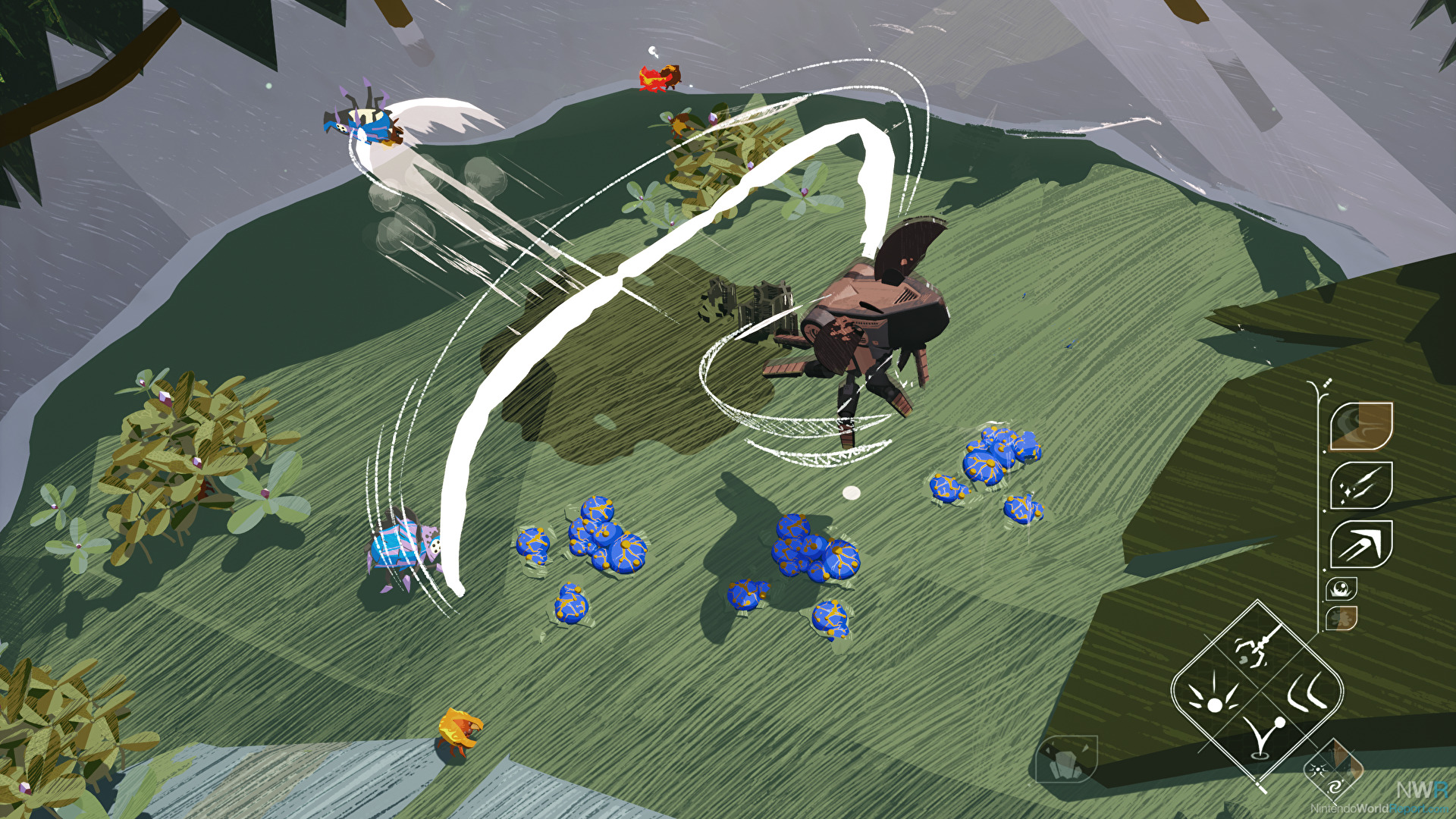 Resource collecting isn’t any huge innovation in a video game, though. What made Stonefly standout was how you moved around the world. The mechs primarily focus on flight, so you’re almost always soaring a little above the ground, using a jump button in an almost inverse fashion to bounce off the ground to stun an enemy, collect a resource, or just reorient yourself. The developer demoing the game was obviously someone very skilled at it and it was borderline balletic watching him bounce around the screen. You also don’t really use weapons to fend off enemies. Instead, you push and pull using gusts of wind to blow bugs off the stage. The developer mentioned it was inspired by Smash Bros. in the way you push enemies out of the ring, but to me it just seemed like how Mario deals with Bully enemies in 3D Mario games.

I enjoyed hearing Adam Volker and Bohdon Sayre from Flight School explain how they landed on the mechanics of the game. They said that Creature in the Well was based around electricity and Stonefly was meant to be based around the wind. That definitely bore out in what I saw. On top of the combat mechanics, gusts of wind also gave color to exploring the world and also seem to factor into other ideas, too. 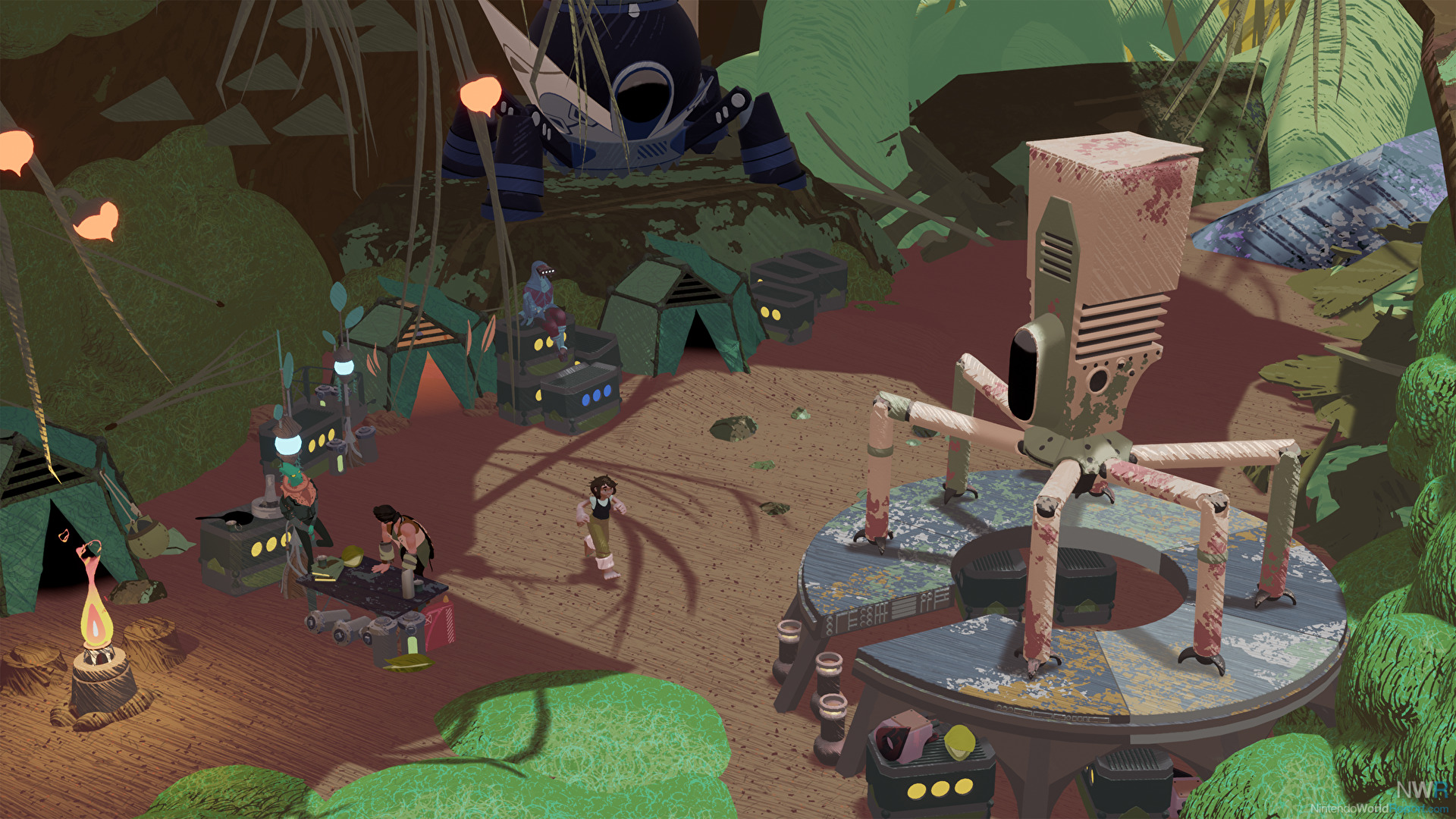 A lot of the game seems to be spent in different levels and missions. Some are focused on gathering resources while others are more linear and progress the story. While I didn’t see one of these levels, the developers talked about harder bonus stages called Alpha-Aphid levels. These involve landing on a giant bug that has hard-to-find resources. You have to fend off smaller bugs against a time limit because the giant bug is trying to burrow. It seems tense and fast, a change-of-pace counter to the rest of the game. Annika will also go up against some sort of bosses in the game, too, but we didn’t hear any details on that.

When not exploring in a mech, Annika settles into a campsite with her new friends, the ragtag pilots of the Acorn Corps. Here Annika goes through a coming-of-age story, interacting with these characters. Volker and Sayre said there are no narrative choices, but going through the story here is focused on tying you in emotionally to Annika’s story. The inciting incident is Annika going behind her dad’s back and using his prized mech. Then she loses it and goes off to find it before ever talking to him again. Players will see how this affects her both in her talks with the Acorn Corps and also her own inner monologue, which shows up in dream sequences when she rests in her tent. 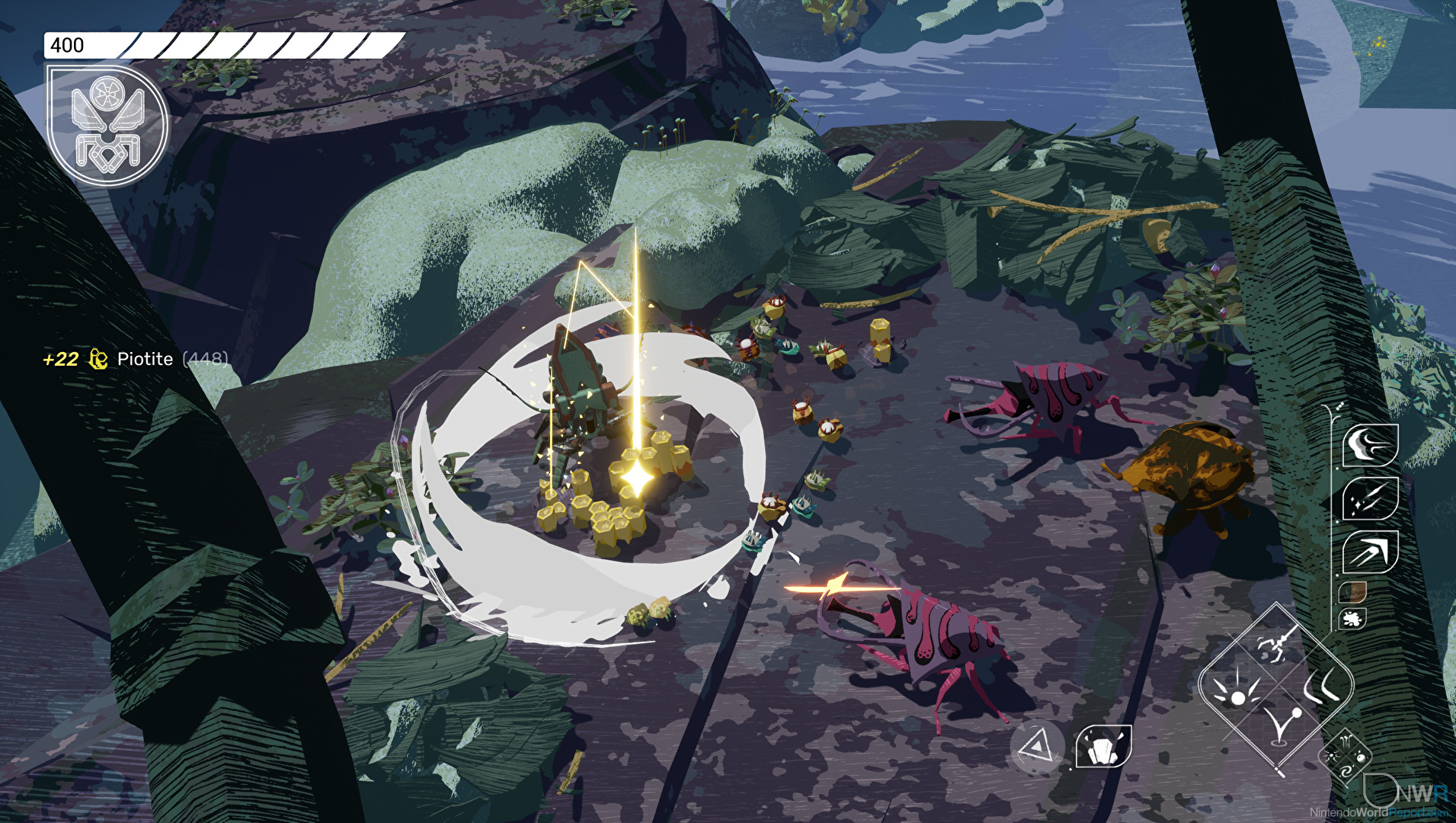 That inner monologue also ties into a part of the game that fascinated me. While you go through levels, Annika will periodically make comments that pop up in a text box. Some of it is just fun flavor commentary, but sometimes you might come across something that inspires Annika to come up with new boosts and upgrades for your mech. Additionally, as you perform different actions, a more game-like research menu will have meters that increase with experience to give even more ways to upgrade your mech. It’s a really neat way to bake leveling up into a more narrative experience.

The visuals also stand out in Stonefly. Even through a Discord screen share, it looked fantastic in motion. The art is inspired by mid-century modern designer Charley Harper, and that pairs perfectly with the music done by Natureboy Flako, who was actually someone the developers listened to while coming up with the concept of the game. The visuals and music add to the aspirationally chill style of the game. Adding to that is some of the difficulty options Volker and Sayre mentioned. It doesn’t seem like the game is meant to be that challenging, but a simpler story-focused mode will be present. It appears they want this to be an all-ages affair. 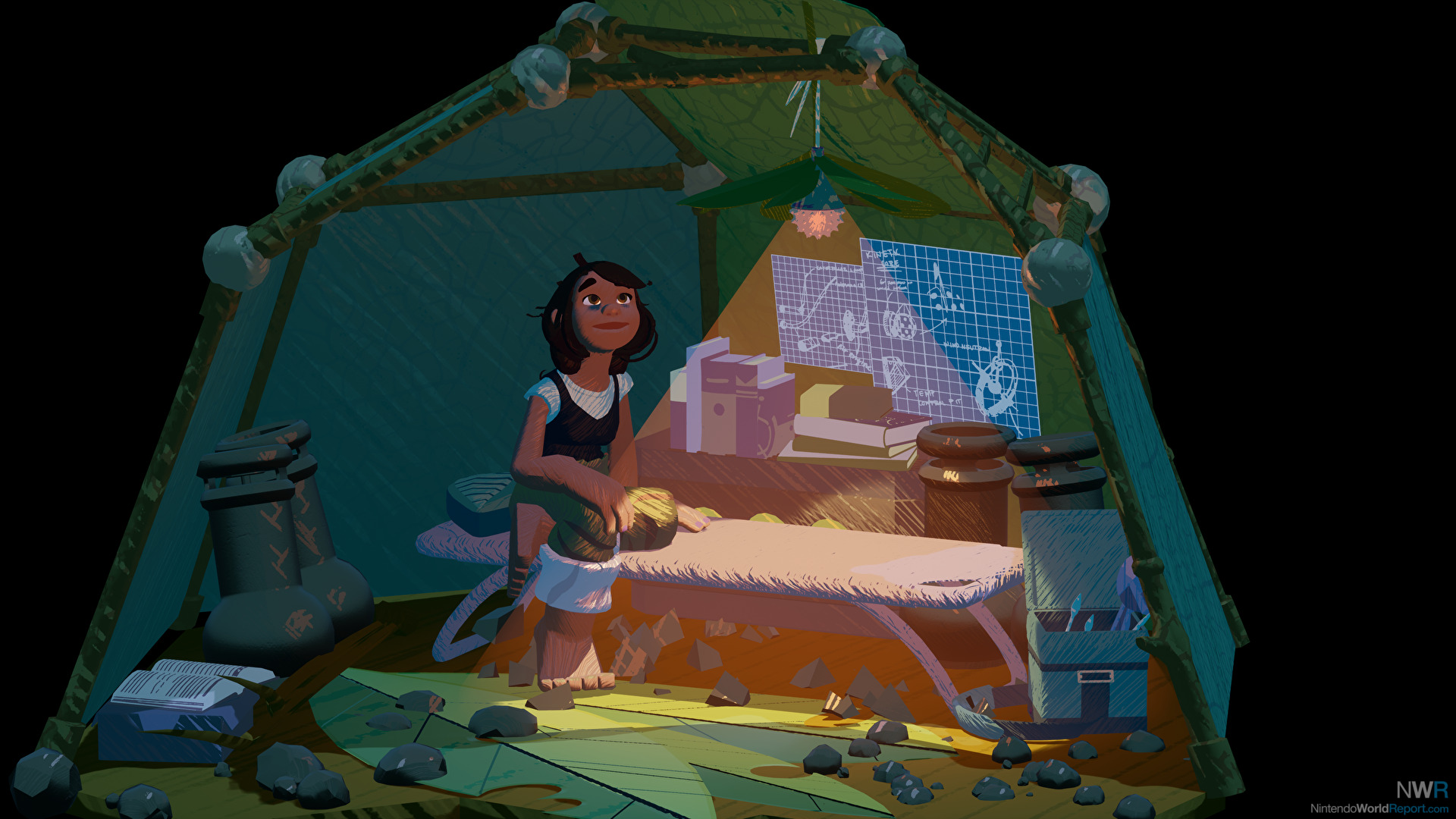 I came away from what I saw incredibly impressed. Stonefly lived up to being as appealing as I hoped it would be when I heard it was a tranquil mech action-adventure game. The best part about it is it won’t be long before it’s out. Flight School and published MWM Interactive are aiming for a launch this summer on Nintendo Switch (as well as PlayStation, Xbox, and PC). This is one I’m keeping on my radar.